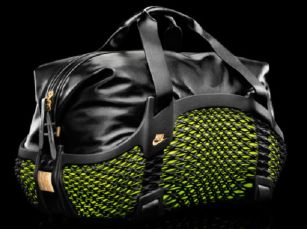 This is not (yet) mainstream. But it will come. Soon. Very near you. It is called SRS (Selective Laser Sintering) and it uses 3D printing high tech methods to cut many odd materials and substances (including chemicals, minerals, and other compositions) made – to – (digital) measure: From nylons to steel, from leathers to plastics – you name it.  It is currently being tested and introduced worldwide by an-ever-so-hungry-for-new-ways-materials-and-designs fashion industry and the first results for men are on the table; and they are palpable:  From shoelace clips to enhanced T-shirts, from sunglasses to bow ties & ties and sports bags, this is a collection fit for an information age dandy’s curiosity cabinet or shelve. Or just get creative and do-it-yourself. At  home.  With your tablet hooked up to your domestic 3D laser printer.

To feel the hype here is a short BDMOTP favorites overview, with our originality and style rankings, 10 being the most original and stylish. 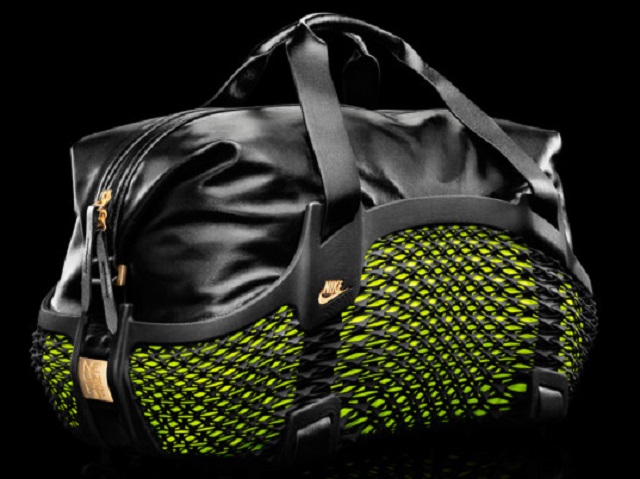 The Rebento Sports Bag by Nike

The Rebento (‘explode’) sports bag by Nike is a work of art and has a flexible, fly-knit wasp-like 3D laser-printed nylon base, which perfectly seams into a leather strapped top, with the additional feature that one can also customize a player’s name or monogram with golden plates into the sides:  Talk about branding – in this case the name is NEYMAR – he of World Cup fame. Only three bags like this exist. One was made for Wayne Rooney, one for Neymar Junior, and one (of course) for Cristiano Ronaldo. And that is it. 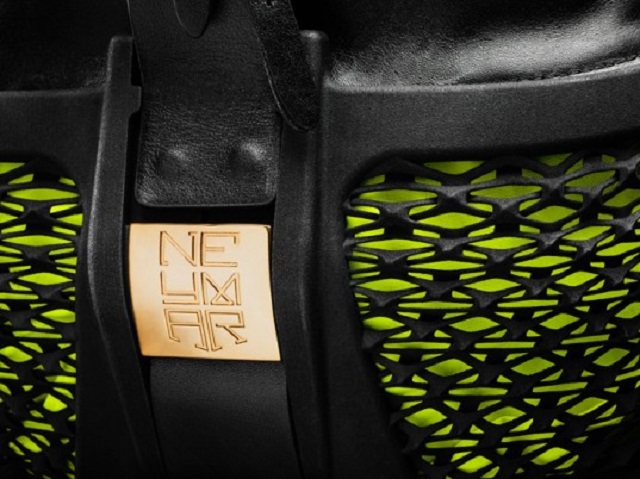 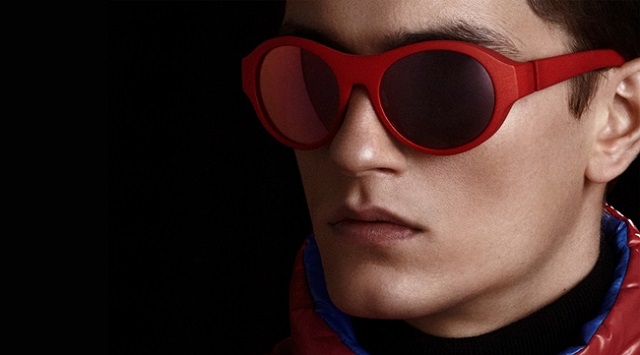 The Mylon Sunglasses collection by MYKITA. Something out of an old DEVO music video from the eighties when people were still wearing platform boots?  No, today it is all possible with Selective Laser Sintering.  All shapes.  All forms.  All designs.  All textures.  Every possible geometrical configuration as MYKITA puts it.  But do not try this at home.  This is high tech and heavily patented stuff and MYKITA has won many design awards ever since they started experimenting with polyamide power & CO2 (yes really) and feeding it into the 3D printers.  The objects and designs are first digitally coded, then come out as the finished product of high design.  Automated Information Age Men’s Accessory Designing has arrived.  Let’s call it AIAMAD by its acronym.  Warning:  High cool factor!  Impossible to imitate unless you have THE code. 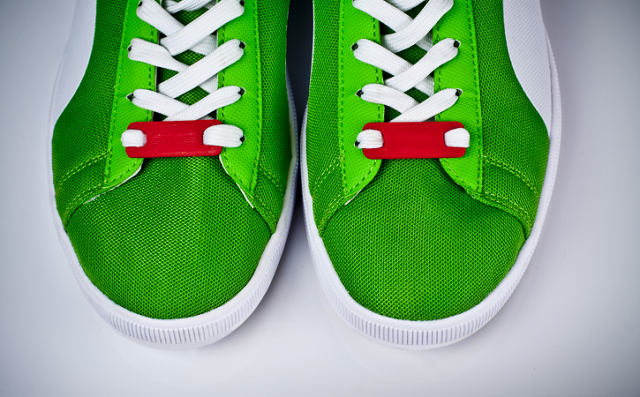 The shoelace clip by Cubify

The Cubify Shoelace Clip. Simple but genius. Mind you this company also makes 3D ties, cuff links, money clips, and yes, even dandy gloves in 3D. But the shoelace clip is so simple in its design and concept – if not in style – that it takes the cake. Go to their website and you can probably simply have them printed to measure, shape, form, and color yourself. With all the different color codes possible here, one can easily see some silent future college or high school turf war occurring – either in the movies – or in real, with clueless latter-day Ferris Bueller-type school officials trying to guess what the fuzz is all about, until they discover something which they will never understand. 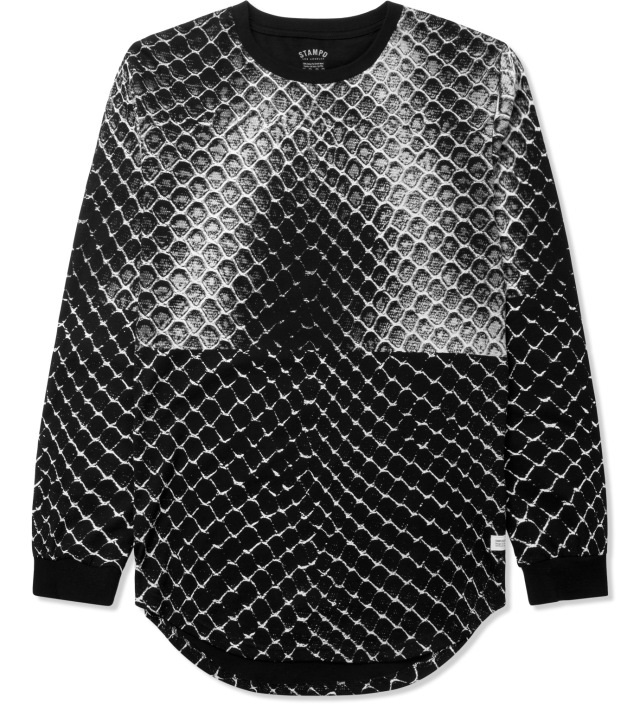 The snakeskin street style long sleeved crew neck Tee by Stampd.Clearly the SRS 3D printing process is revolutionizing the look, feel, and image of men’s accessories but will it also change men’s fashion?  Here is an example as introduced by Stampd, from LA. Stampd makes many different street style T shirts and other items like hats but a snakeskin 3D print is included on several items of the collection.  Online a snakeskin Tee goes for 80 dollars. Again, it has this ‘Hunger Game’ futuristic look to it – young people trying to rebel against some unknown but ubiquitous form of high tech control, as if Grunge had long been dead but was revived in the distant future as a retro style symbolizing some or other form of long forgotten disenchantment.

BDMOTP originality & style scale: Remains yet to be seen

We live in the information age and quick research shows that even at Ali-Express (yes at the Alibaba check-out counters) for US $14.46 (free shipping from China) one can order an ‘x-men tights magneto short sleeve T shirt’ catalogued as a ‘quick-drying male money 3D printing T shirt’. Of course the item is available in the different colors and looks of the various X-men out there.  But not in the different shapes one would expect if this were real 3D printing.

So why is it that in today’s instant-from-code-to-3D-printing information society, that we cannot order an original X-men T shirt which enhances chest size while giving me good six-pack?  Which makes muscles stand out as if we are Magneto or Wolverine?

Turns out that the chest shapes and muscles are digitally re-mastered into the T shirt fabrics and that Alibaba mistakenly calls it 3D printing. Yes, you can really SEE the six-pack and the muscles clearly on the T shirt, but you cannot FEEL them. Not yet anyways. But this will come. Soon. Very near you. Not made in China. But PRINTED in China. 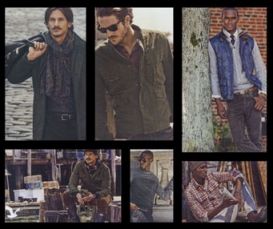 Attention all men in Washington D.C.!!!!

Join us November 22 for a style event

Alton Barber, CEO and founder of Best Dressed Man On The Planet will be on hand with his fashion expertise, as well as Lord &Taylor’s personal fashion advisor Patrice Vales-Macarie.

These top fashion and style guru’s will be present to help you find amazing gifts (for others…or for yourself!) This event is perfect for both men and women–Ladies, if you have a ton of gifts to purchase for him but you don’t know where to start. Or, men, you have a few holiday events to attend and you need help taking your look to the next level.

We will have specialist there to properly fit you for suiting, shirts and pants. Tailors will be on call to make off the rack look custom and stylist to help you put it all together. Expect hourly drawings, a DJ and if that isn’t enough, there will be gift bags for the first 25 guests, refreshments and live models.

One block from the Friendship Heights Metro

You can register for the event HERE. 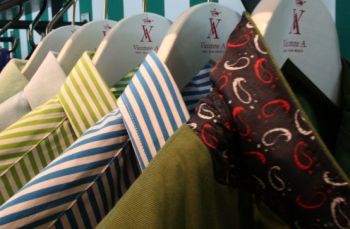 Pitti Uomo is a gigantic trade fair for all things fashion and men.  The fair is overwhelmingly large and after one very hot afternoon, we sifted through hundreds of vendors and stumbled upon two of our favorites:  the Italian brand JW Tabacci and the French brand Vicomte A.

Tabacci had a great collection of blazers.  They were lightweight, some were linen but they were all very summery and perfect for warmer temperatures. They also were using scarves as belts, which was a fun idea. 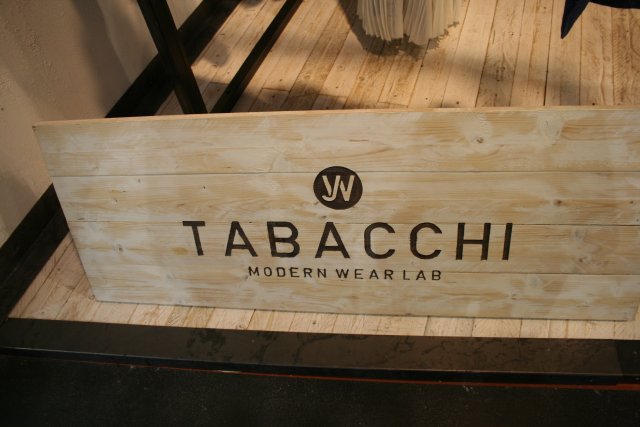 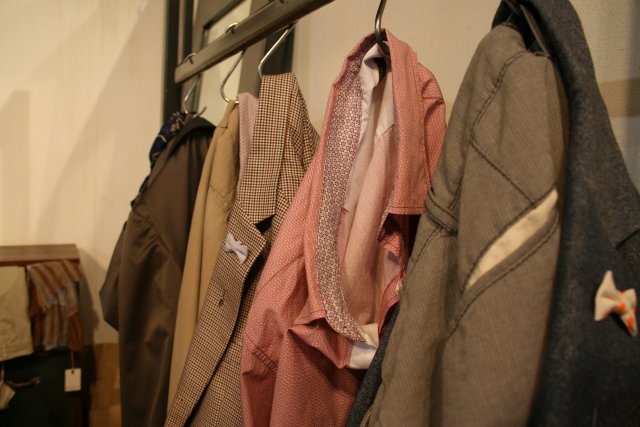 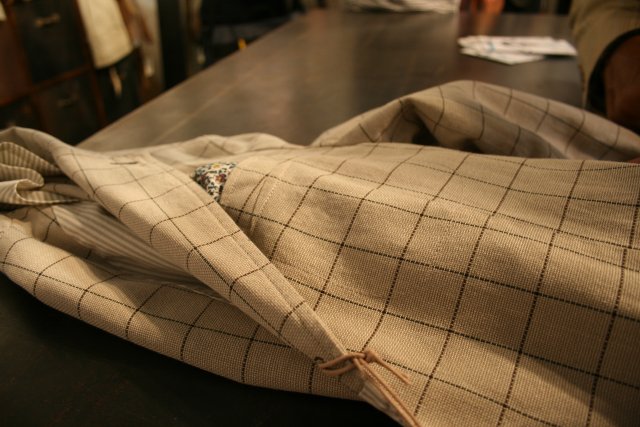 Vicomte A had a very trendy, poised collection called ¨Exotique Safari¨ which as you may have guessed, is French for exotic safari in English.  The clothes were all very ¨safari like¨but also very wearable and trendy. They also design and create their very own prints, which were found in surprising places, like the underside of a jacket collar.

BDMOTP favorite:  the jackets with the patterned collars 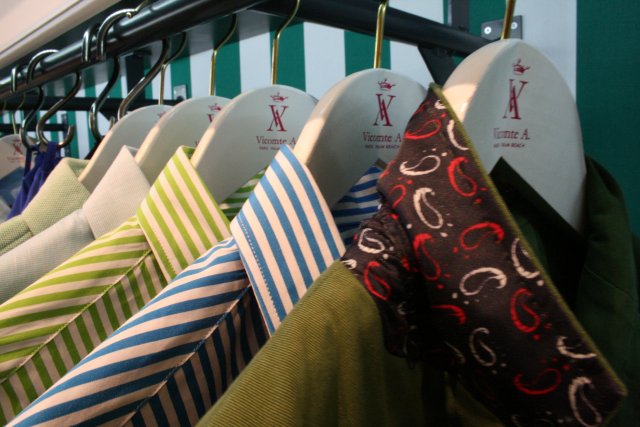 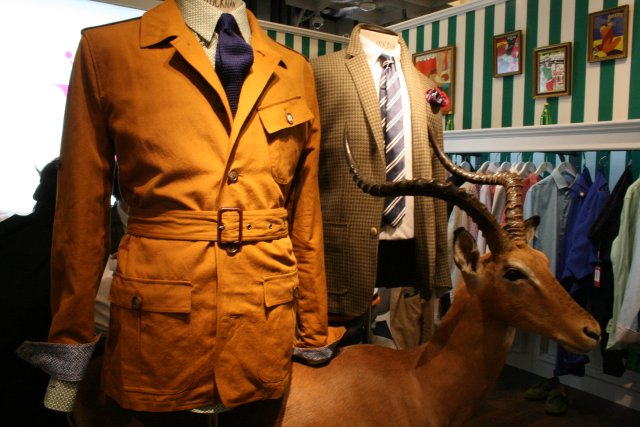 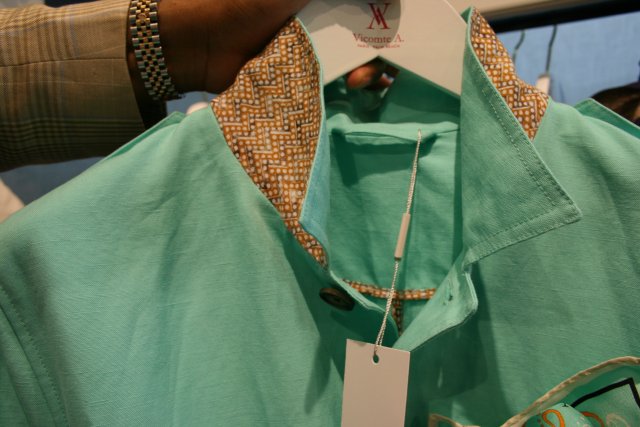 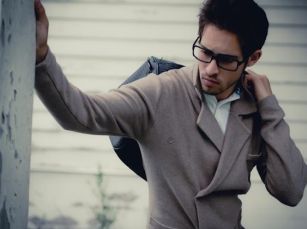 Loft 604 is a Toronto- based boutique created by owner Willie Fung. The shop was inspired by the idea of a European lifestyle. Living in Europe, I understand why one would want to bring that relaxed vibe over to North America. The boutique embodies that European chic, yet chilled- out ambiance. However, each and every item they carry is designed right there in Toronto.

Don´t fret if you don´t live in Canada-their products are also sold throughout the US and Bahamas at various locations. You can even shop online as well. Price points range from about 100-400 USD depending on the item.

The clothes are stylish and detailed, with a lot of knitwear and cashmere. The fabrics are luxurious and aim to give off that relaxed, European feel. Another reason to love Loft 604 is because they focus on using sustainable fabrics. Trendy, classic, wearable AND earth- conscious make for the perfect combination. 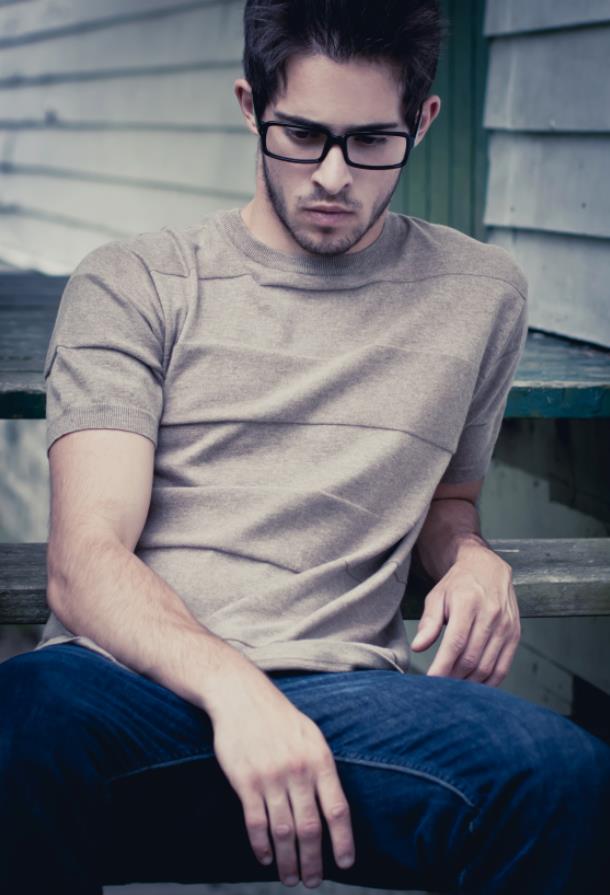 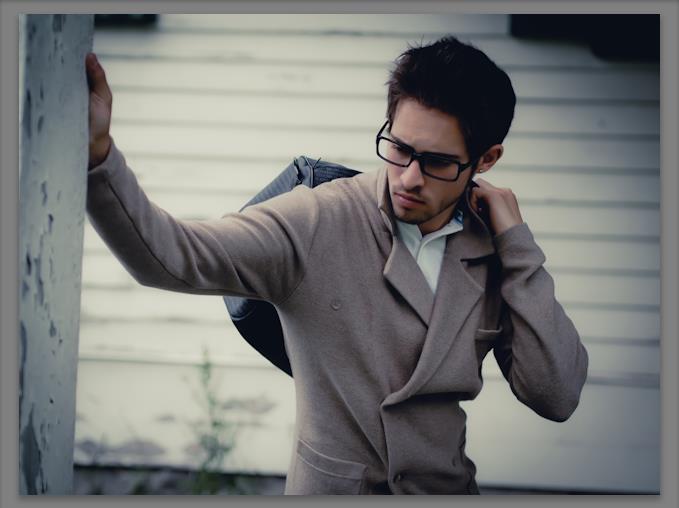 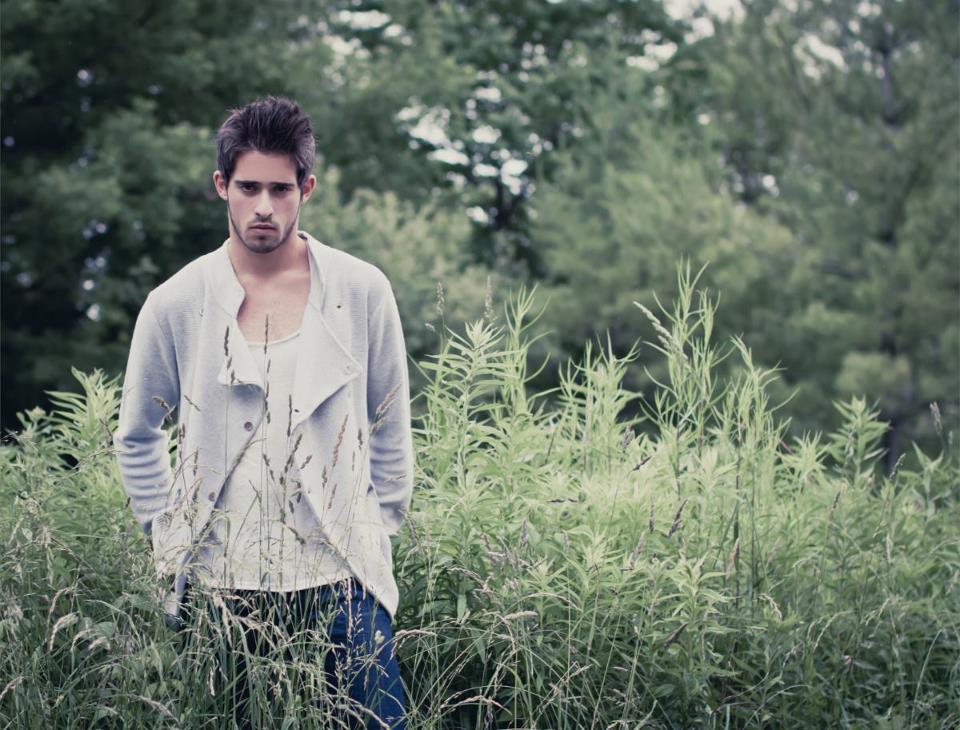 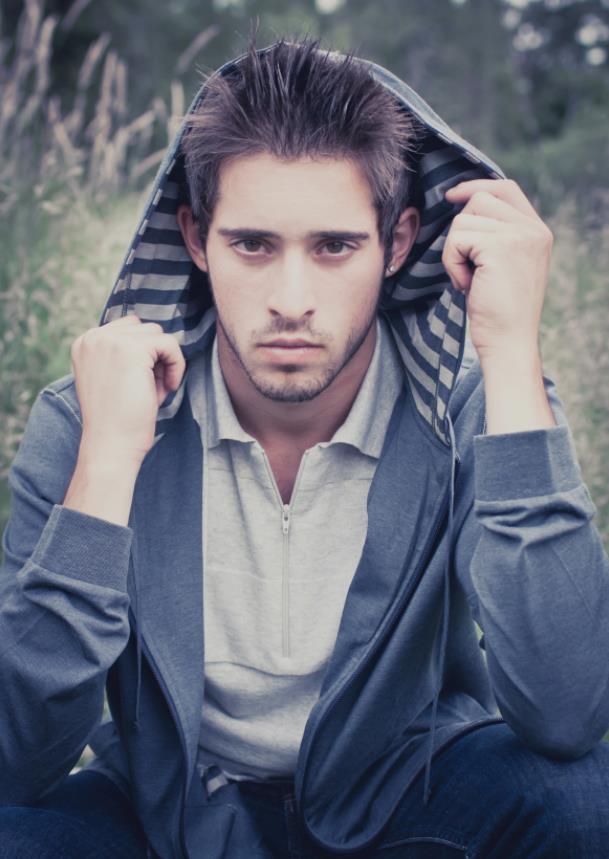 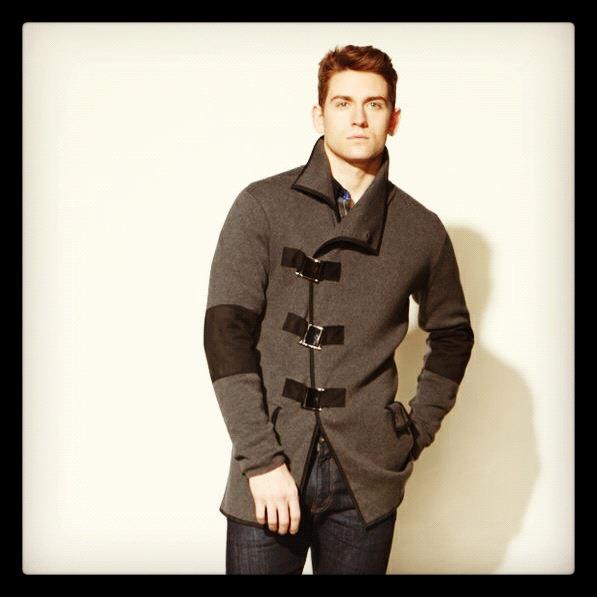 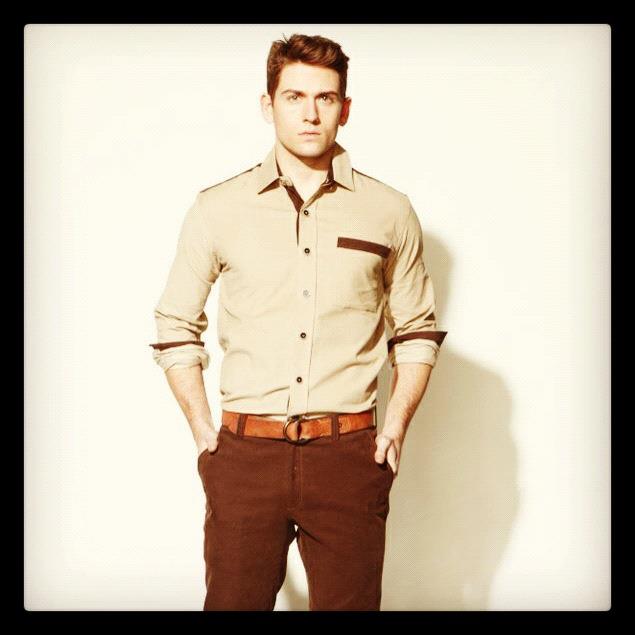