This dapper and pretty show collection by French brand Etudes was always going to be somehow halfway political as there is always something interestingly collectivist and genderless about the Etudes menswear conceptions when following their shows, and this time no exception (we imagined the stale look of square, brute, and odorless Mao jackets) but surprise, surprise then that to popularize the stalwart line items which were nevertheless painted on notes from the underground (show setting was a basement underground of a brutalist Parisian building) when we noticed the familiar logo of the New York Times appearing as a print signature in this otherwise beautiful AW 18 collection.

Oh well, granted that the NYT logo is quite pretty, fashionable, and iconic in and off itself so that indeed the NYT print with its mean lean Gothic letters looks great on the runway set on scarves, sweaters, or T-shirts, but we still have some troubling questions when the press release for the show then introduces the New York Times as a publication which is “… a weathervane of opinion within fashion and the arts.” And so it appears that fake news excellent trends makes these days – even on the runways in Paris as a meme.

Citizens of the underground indeed, because such was the theme of this show, and it must be said that the collection comeback signature of safety orange on dark olive, on camel, against shades of black, with some Prince of Whales in electric blue, while Adidas and Salomon provided fancy city loafers, and while the carabiners with parachute cord and climbing rope in multicolor were used as belts or decorations, with those genderless appearances, and the classy tailoring, and last but certainly not least (see if you can spot it) the magic appearance of Fritz the Cat in print, that all these things taken together made for a versatile and eclectic AW 18 Etudes collection which yet managed to keep its equilibrium and unity of purpose despite any avant-gardist progressive studies (études) undoubtedly preceding the actual défilé on the runway.

Or maybe just because of it. Because Etudes New York Times may yet become like Louis Vuitton Supreme. All they need is to come out of the underground basement and start a pop-up store. And perhaps call it Bolshevism Inc. 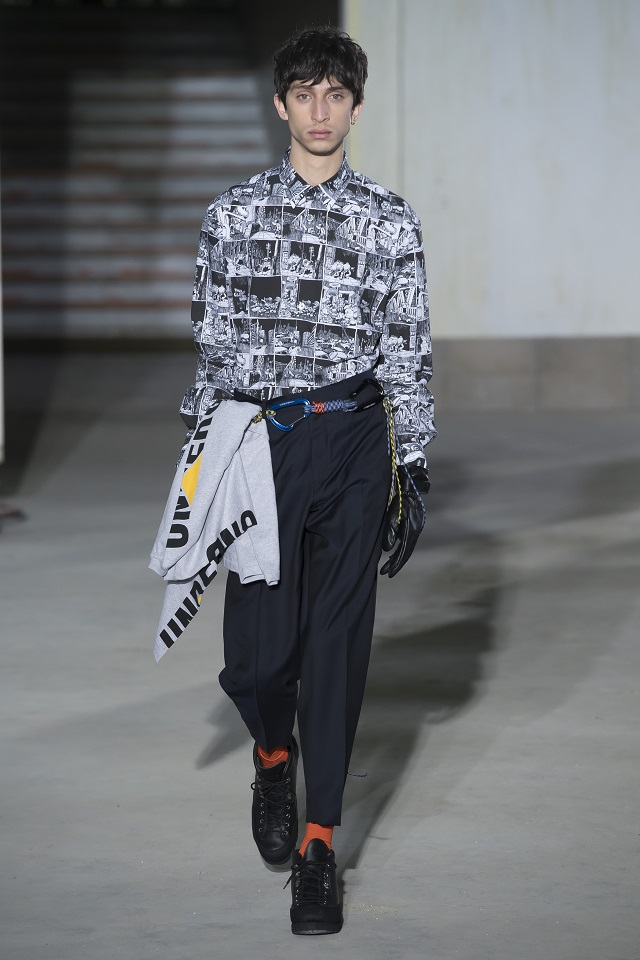 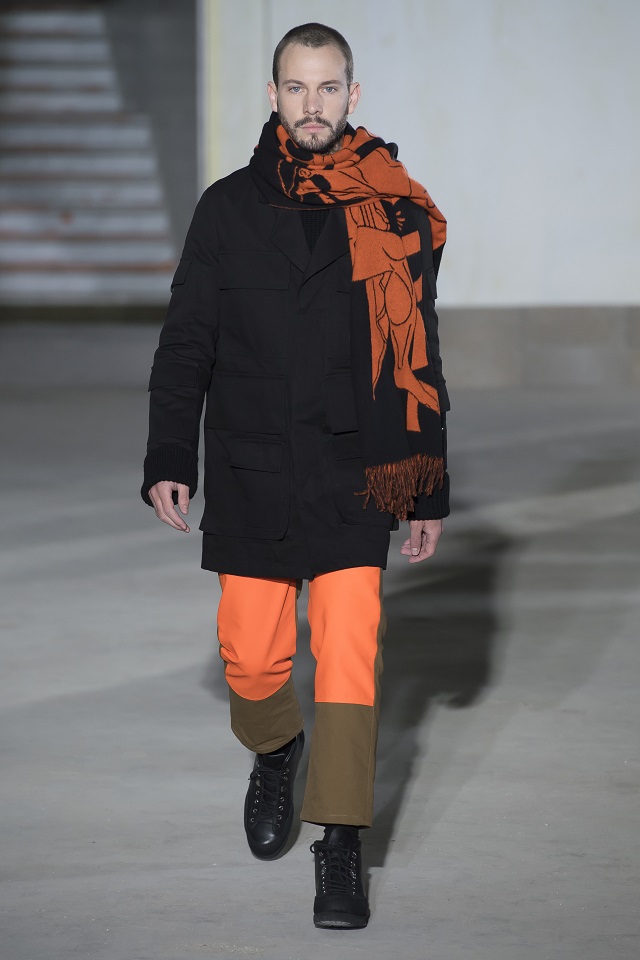 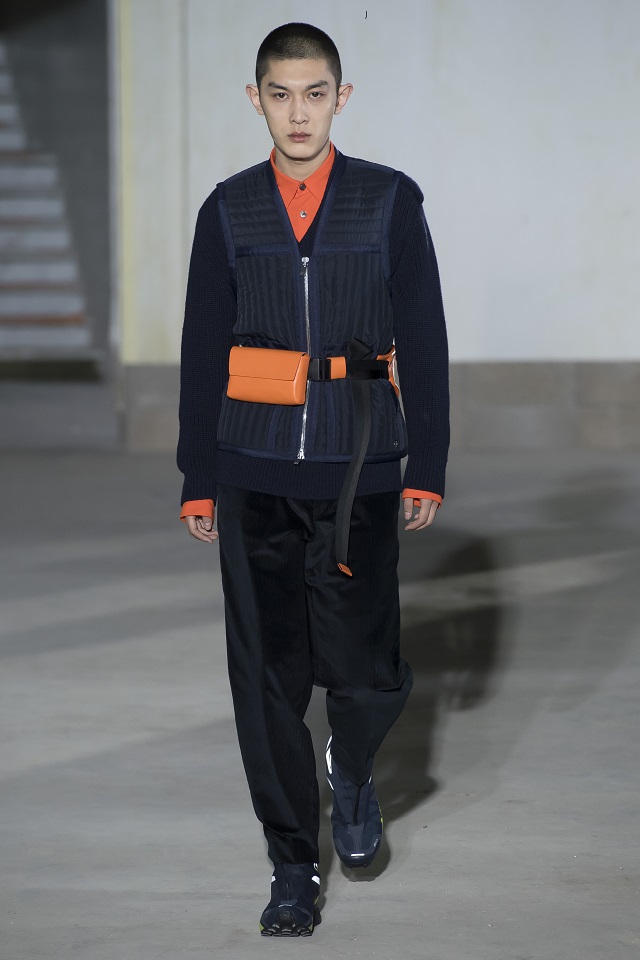 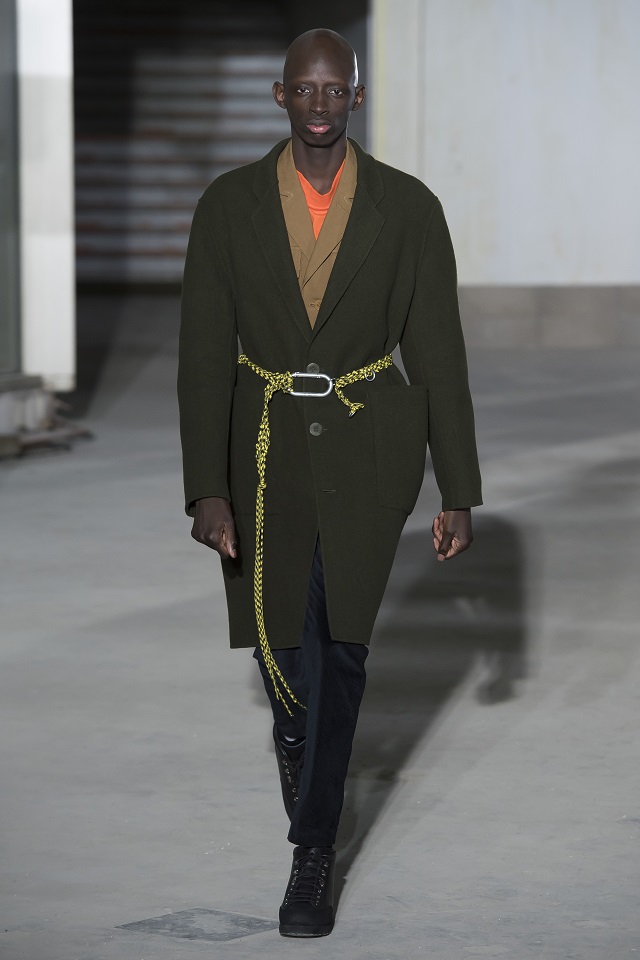 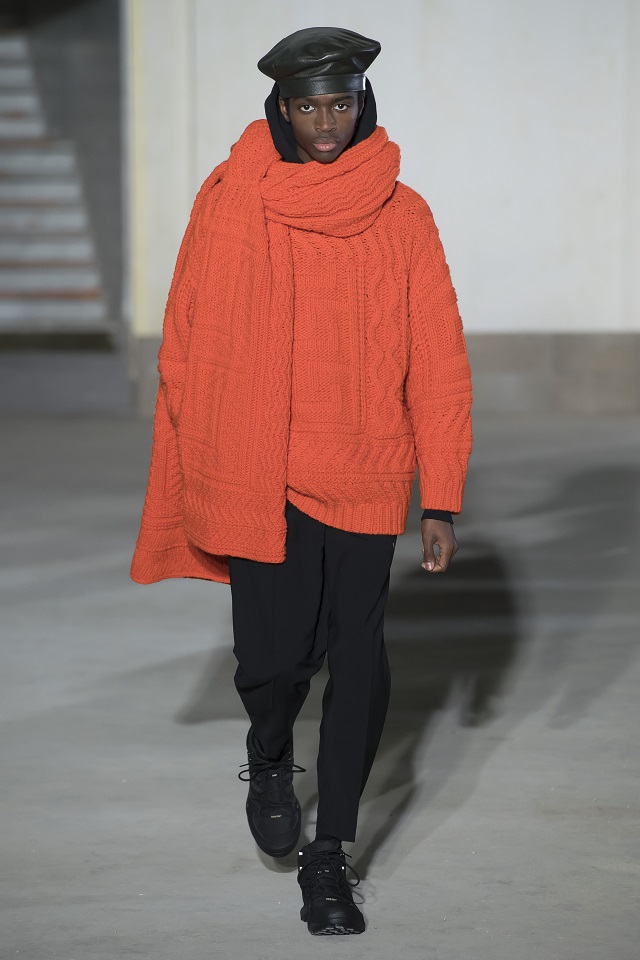 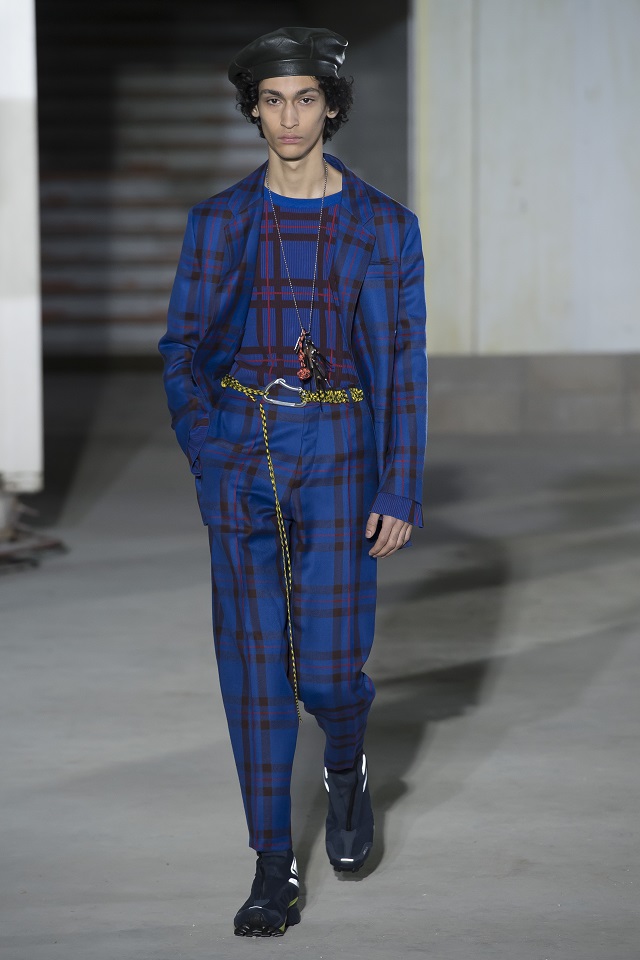 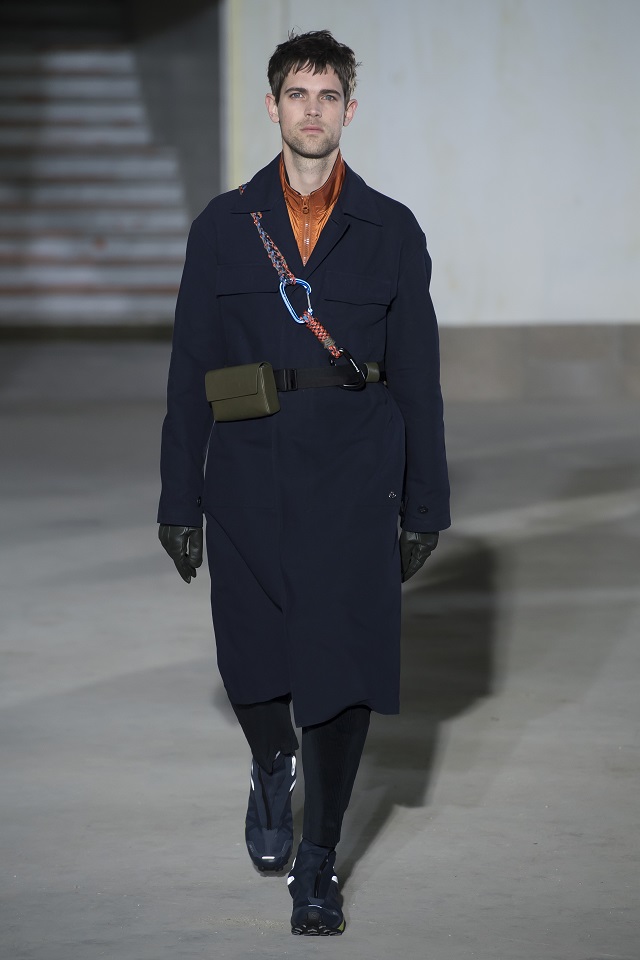 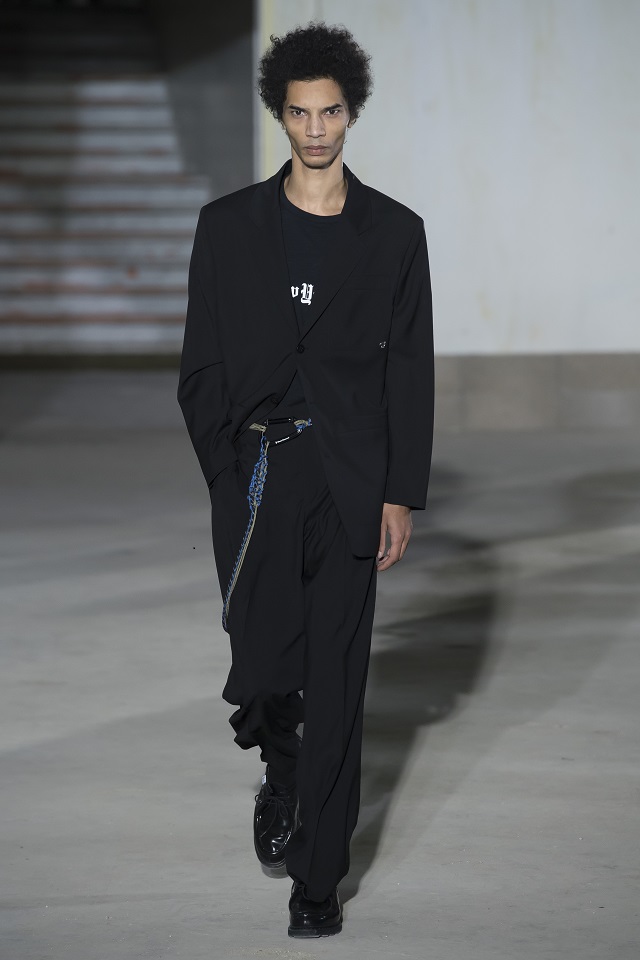 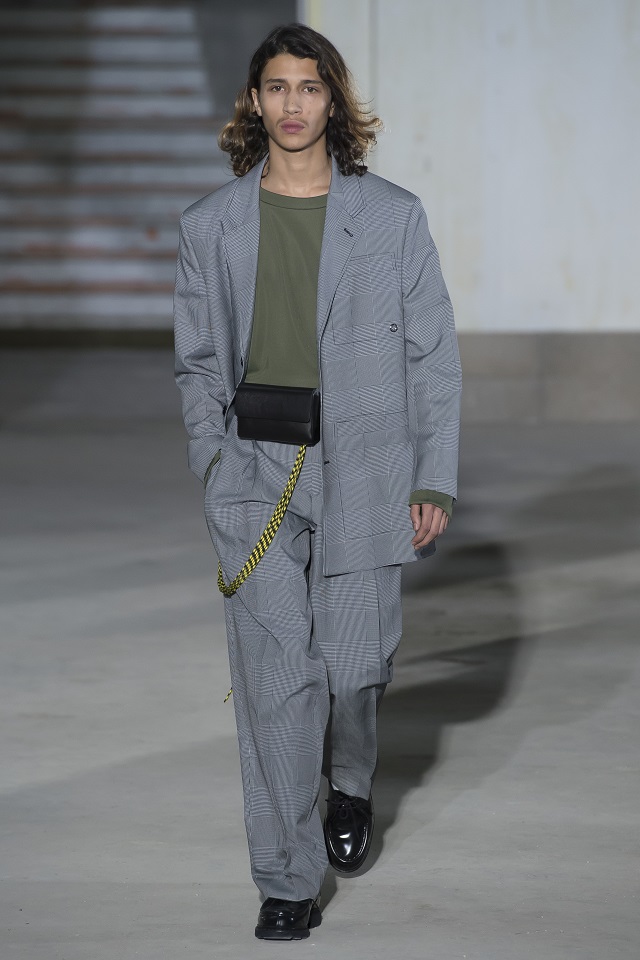 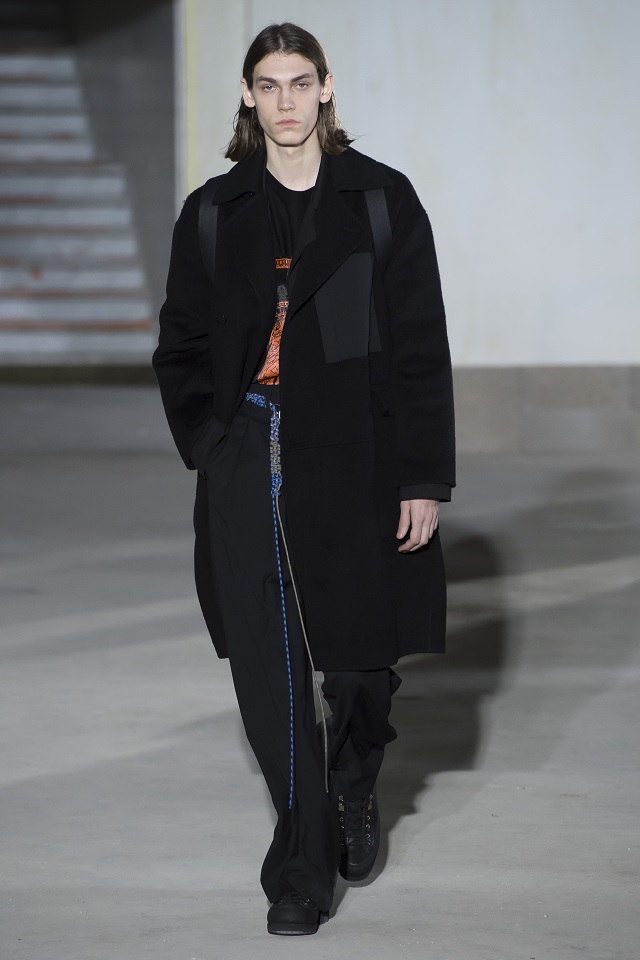 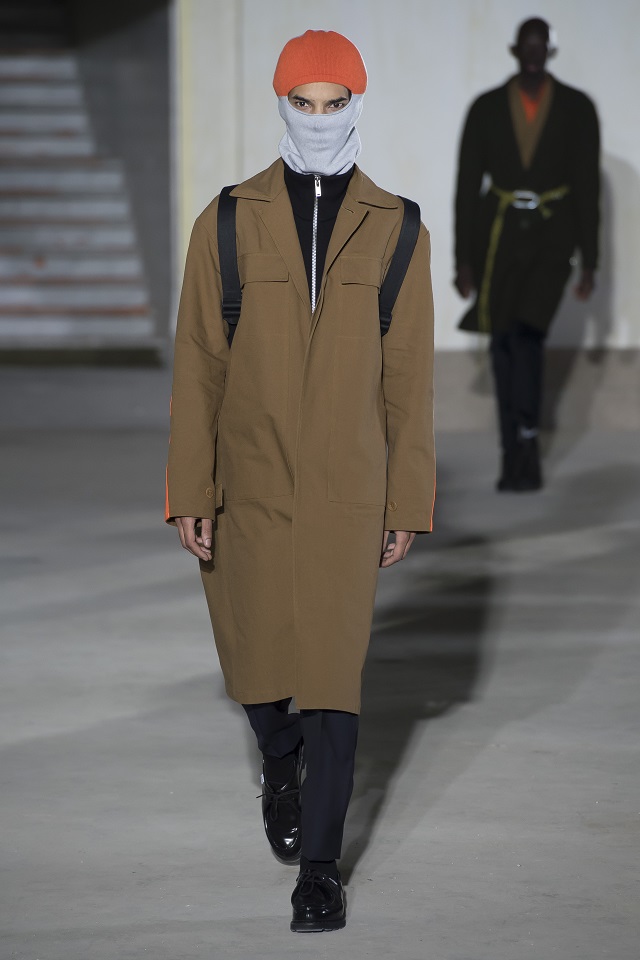 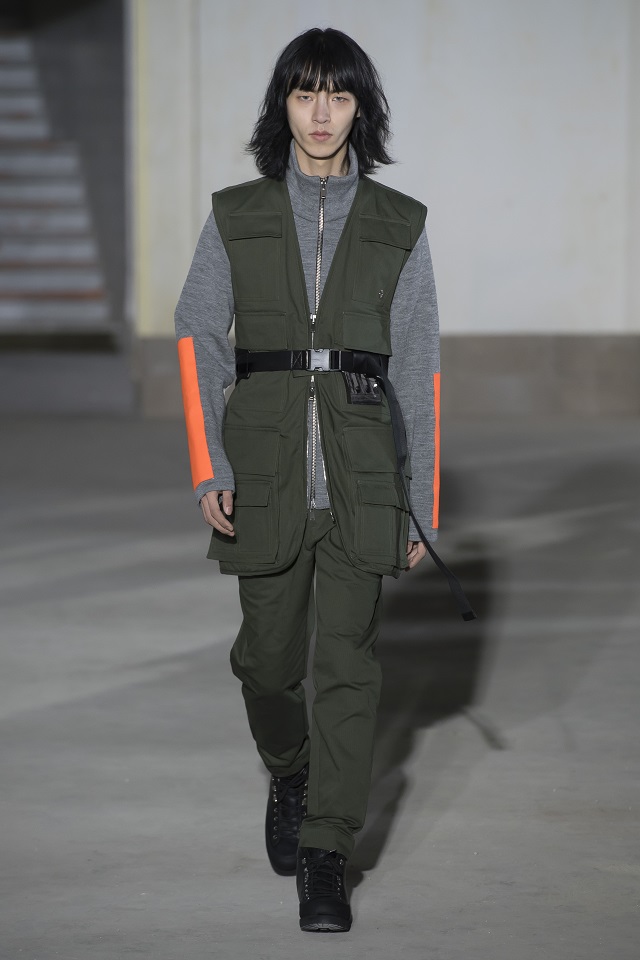 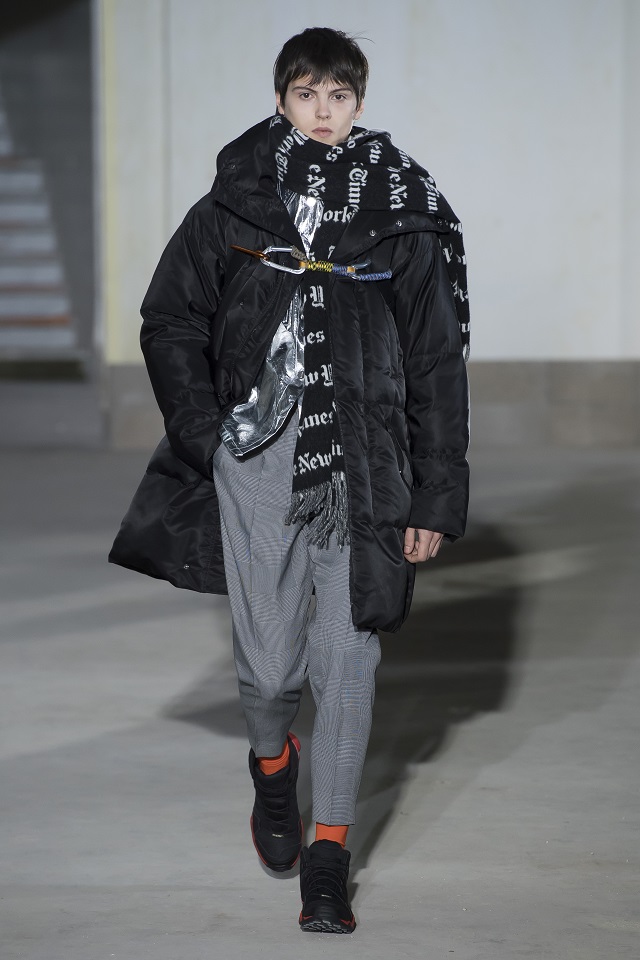 Story by Sandro and photos from Etudes.