D.GNAK, a brand that BDMOTP has been lucky enough to see in Seoul, Milan and London, is back at it with a very black and white collection for London Fashion Week Mens. The AW18 collection was inspired by Chinese poetry and the concept of transience. While you can strive for a glamorous life, it won’t last forever. But while it lasts, you should probably be wearing D.GNAK. Or at least that’s we think the brand is telling us.

The collection itself is pure streetwear: an urban, modern collection for a creative man. With all the details of Western built into Korean silhouettes, the collection is actually made entirely in black and white. With motifs like skulls and crossbones, as well as the word REPENTANCE placed sporadically on some of the garments throughout the collection, we again feel the concept of transience. D.GNAK is also king of the asymmetrical zipper.

But what is a Korean silhouette, really? Typically, it’s about playing with volume. Tapered jackets or long trenches paired with varying volumes of pants is a theme rounding out the collection. This time around, we see hoods and high-neck collars, and plenty of leather. Velvet, wool and jacquard also make an appearance.

Here at BDMOTP we love the idea of playing with D.GNAK’s separates. Instead of keeping a whole monochrome black look, we’d probably pair a jacket with some denim, or layer some of the pieces in with more classical looks for more versatility. But those who love a head-to-toe black look can pull of a D.GNAK look, that’s for sure. 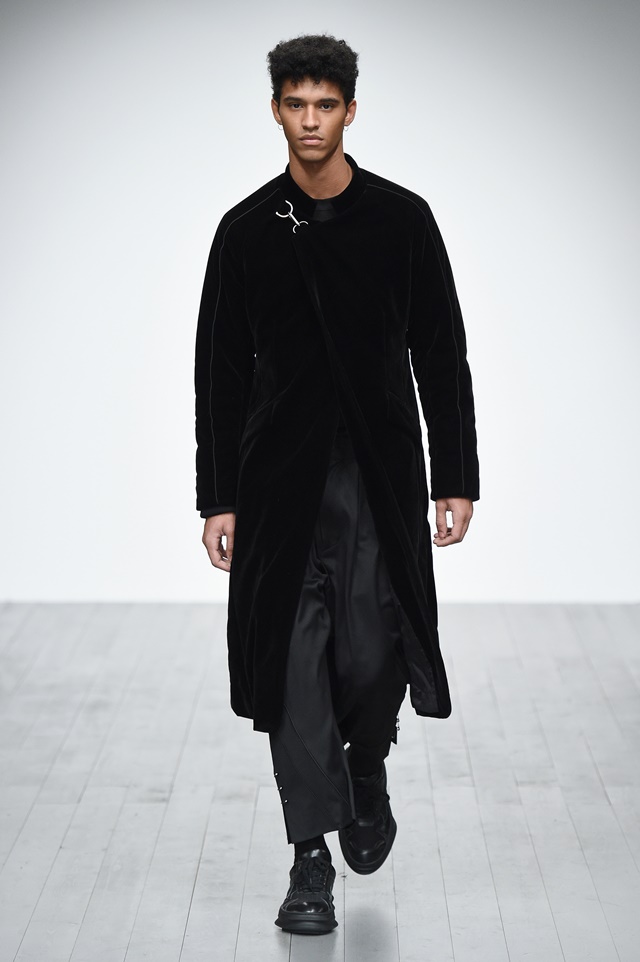 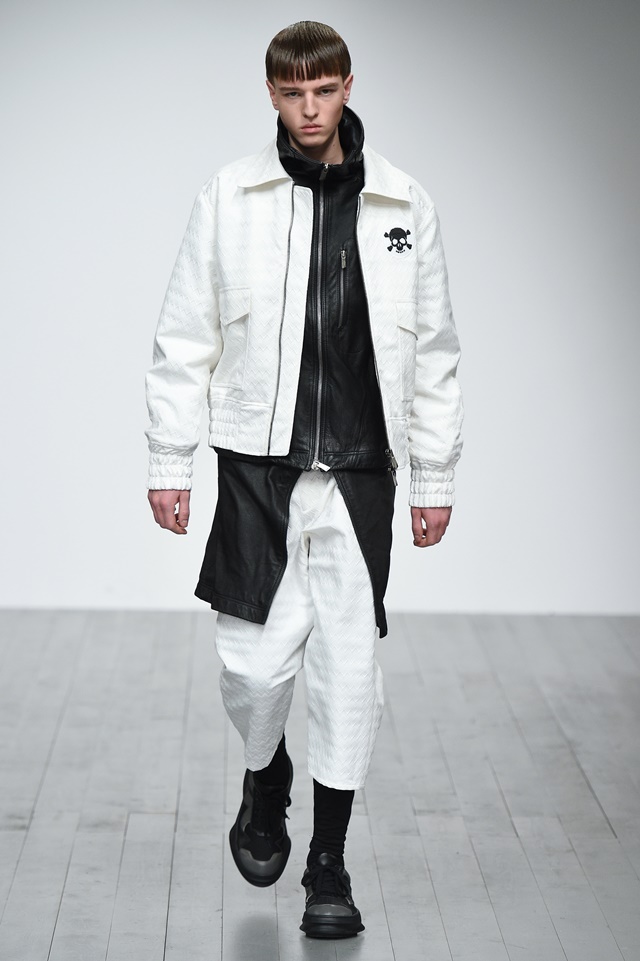 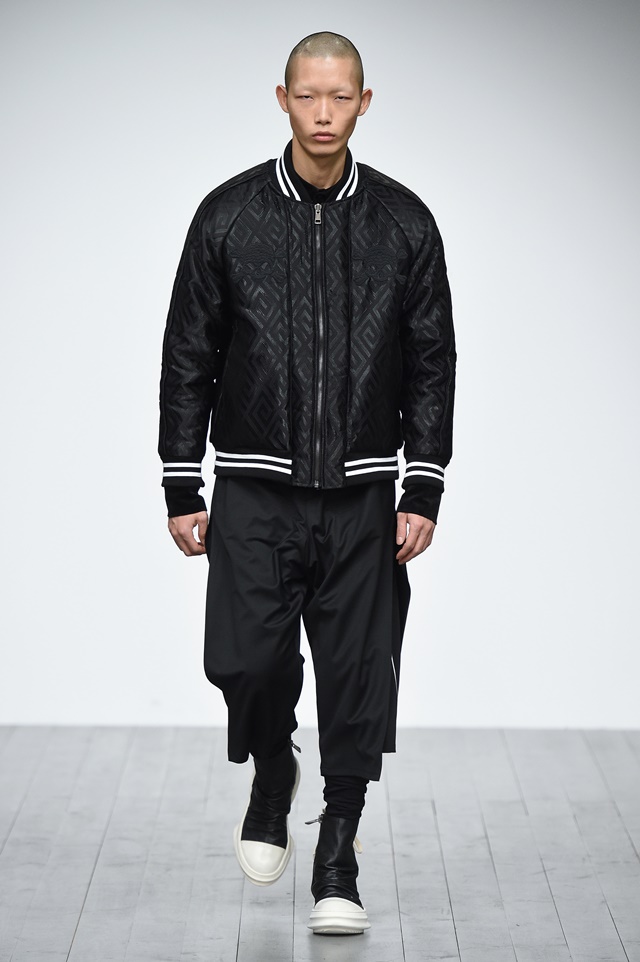 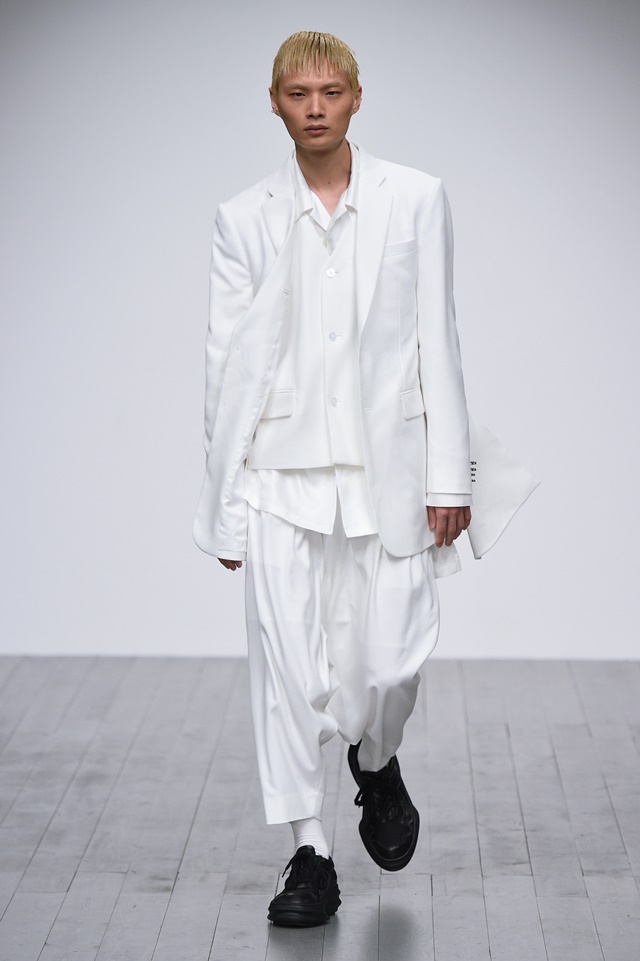 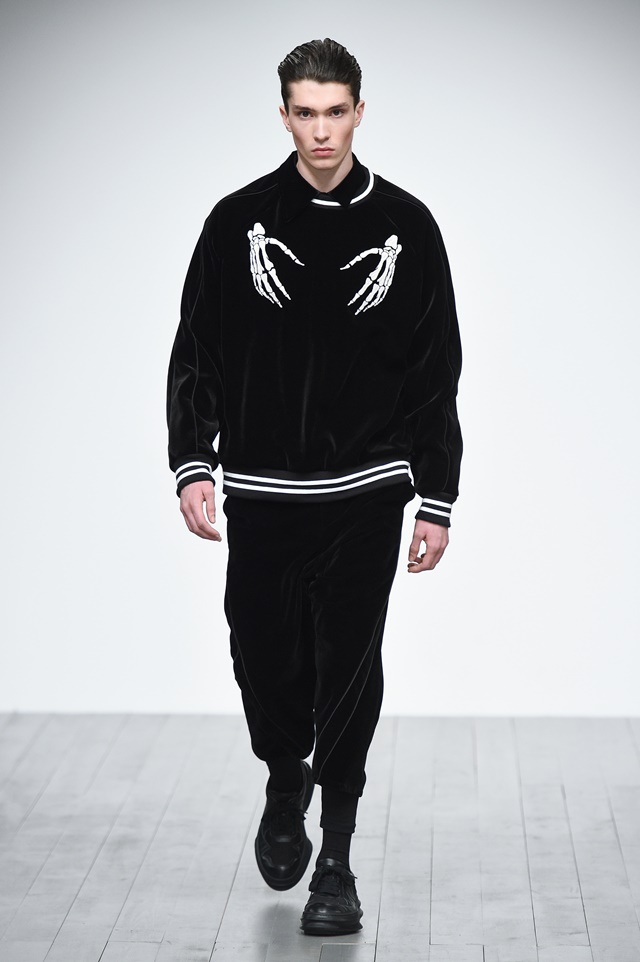 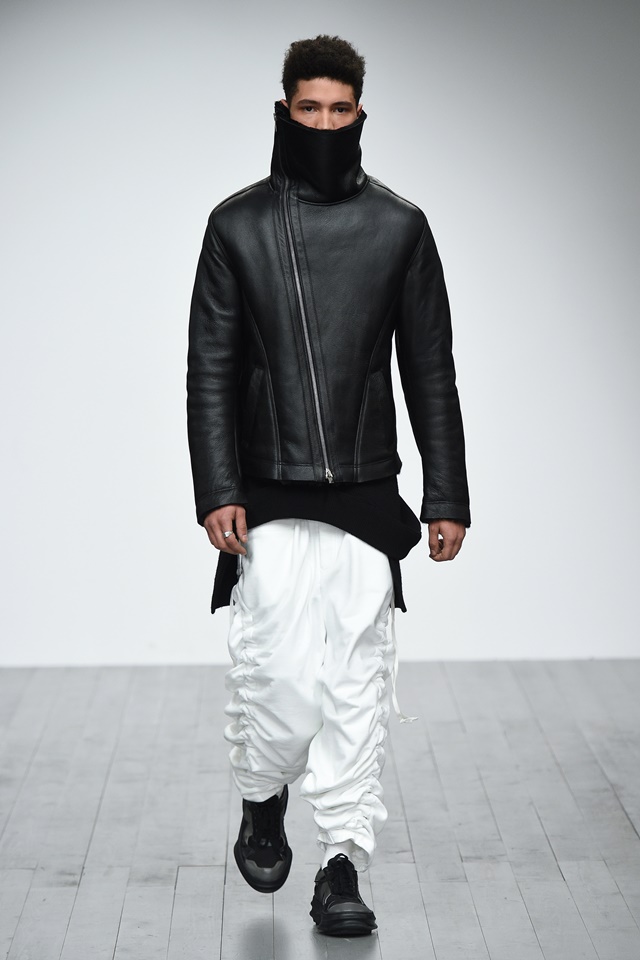 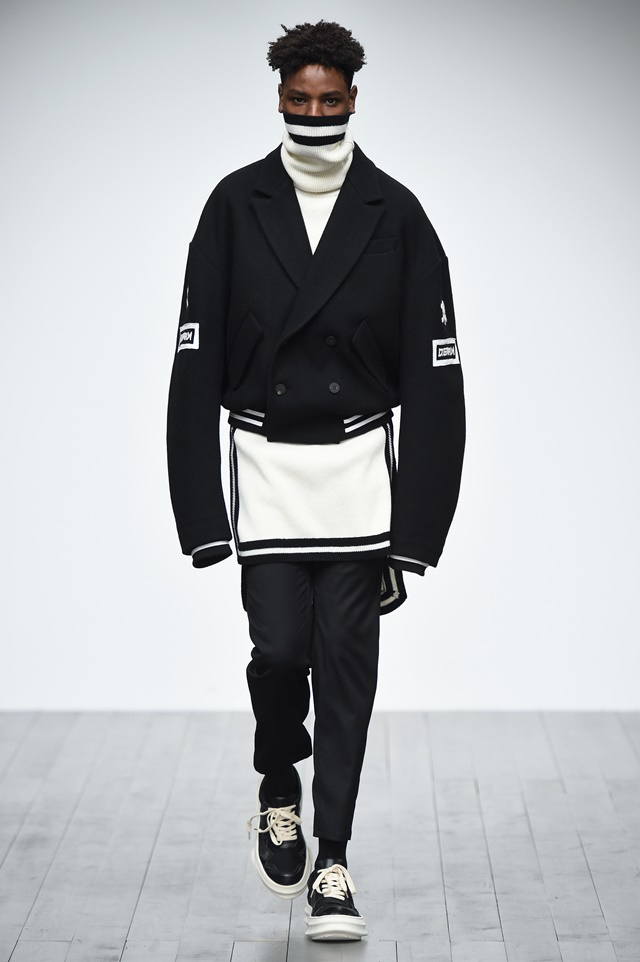 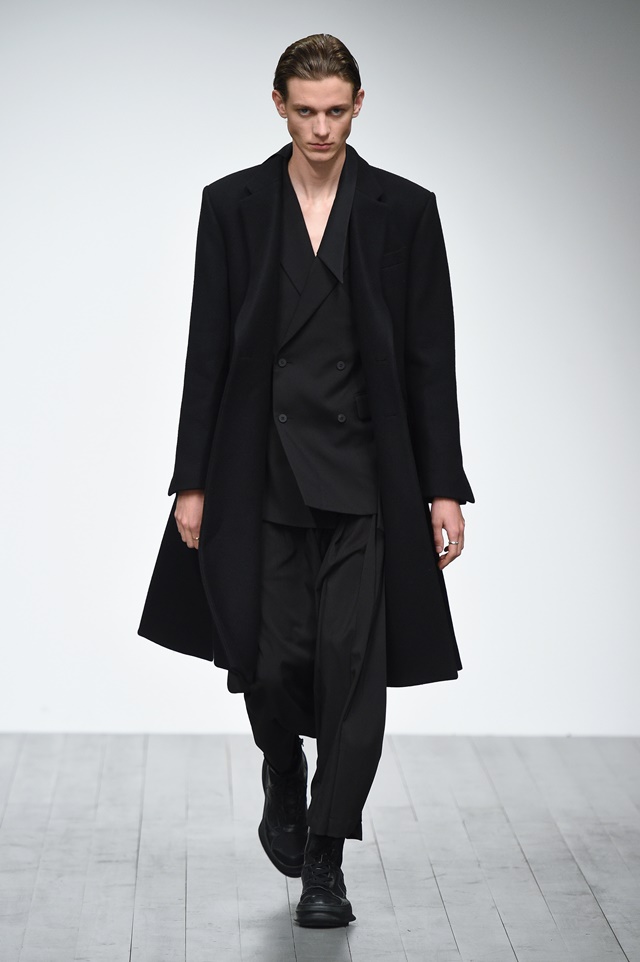 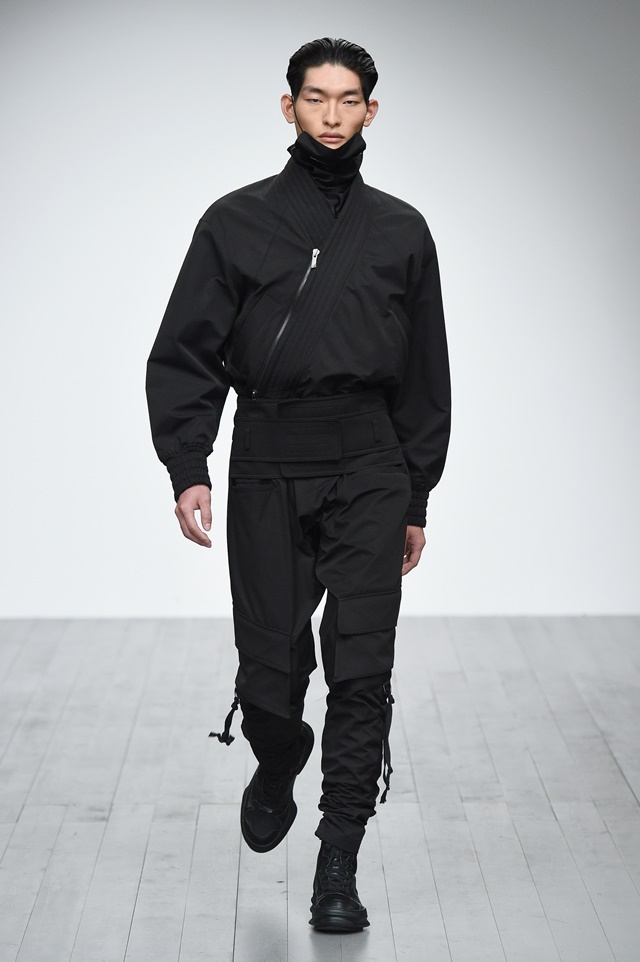 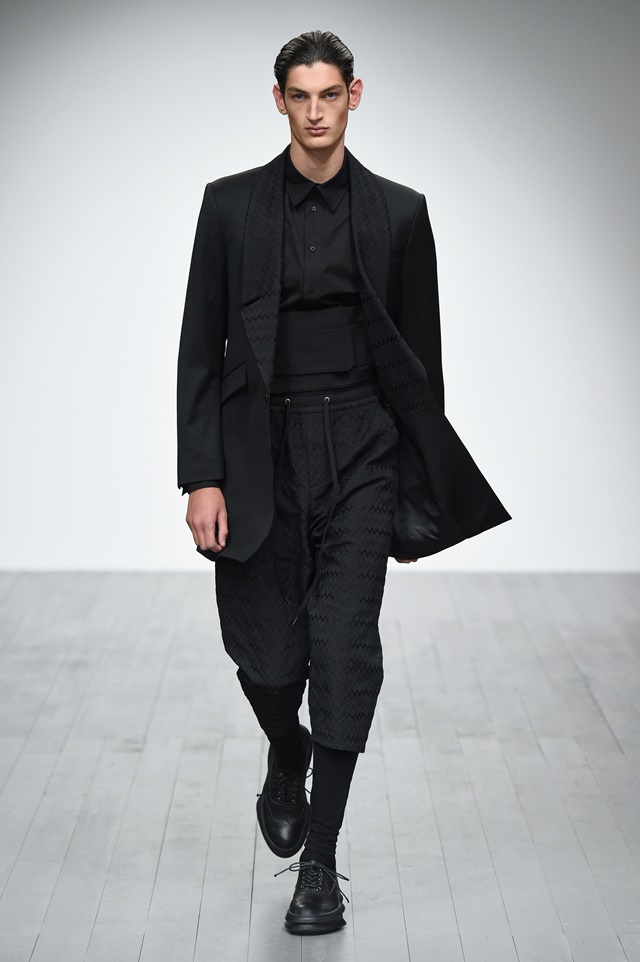 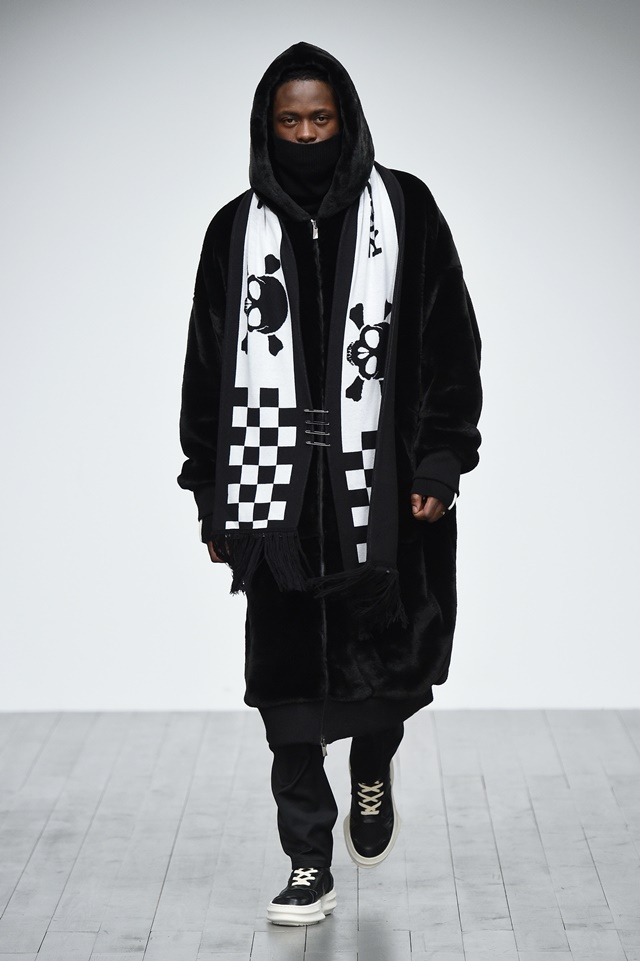 Words by Lori Zaino and photos from D.GNAK.