Here’s cheers to introducing another London Savile Row bespoke ready-to-wear rising star brand called Helen Anthony – Mister Anthony being the designer, and Helen after his grandmother who taught him the art of tailoring – and not forgetting that Mister Anthony’s main inspiration in the creation of all his collections is reported to be his mother – Mom!

But the curious thing for this SS18 collection was that the runway show was being held not in London but during the Mercedes Benz Fashion Week at the Real Intercontinental in San José, Costa Rica this month with apparently the illustrious Leonora Jimenez – supermodel – as an organizing director of the fashion week. In addition, this show was being sponsored by the British Embassy and stylist-du-jour Graham Cruz was present to cover for both the men’s and women’s wear collections.

Here at BDMOTP we may say that we have seen this London old gentlemen clubhouse hearty party style before recently with Alexander McQueen where British imperial motives were omnipresent, and to which now Helen Anthony likes to add a more traditional Scottish cloth square, or a pinstripe here and there, or perhaps a more refined Prince of Whales pattern which then mixes up vividly with Indian subcontinent colors of such pomp and of such lack of more traditional occidental shape that they would have not gone misplaced or unnoticed in the hidden salons of Imperial British Hong Kong – and not impeccable German Shanghai – , during the last opium war.

Which is quite a while ago.

For what else can a stiff upper lip gentleman in the late 19th century Far East do but to dress down in colors and shapes of craven braggadocio when you are the only stranger in town if your Scottish square or pinstripe does not remain straight up? You are a gentleman of the Orient after all

Posted by Sandro and photos from Helen Anthony. 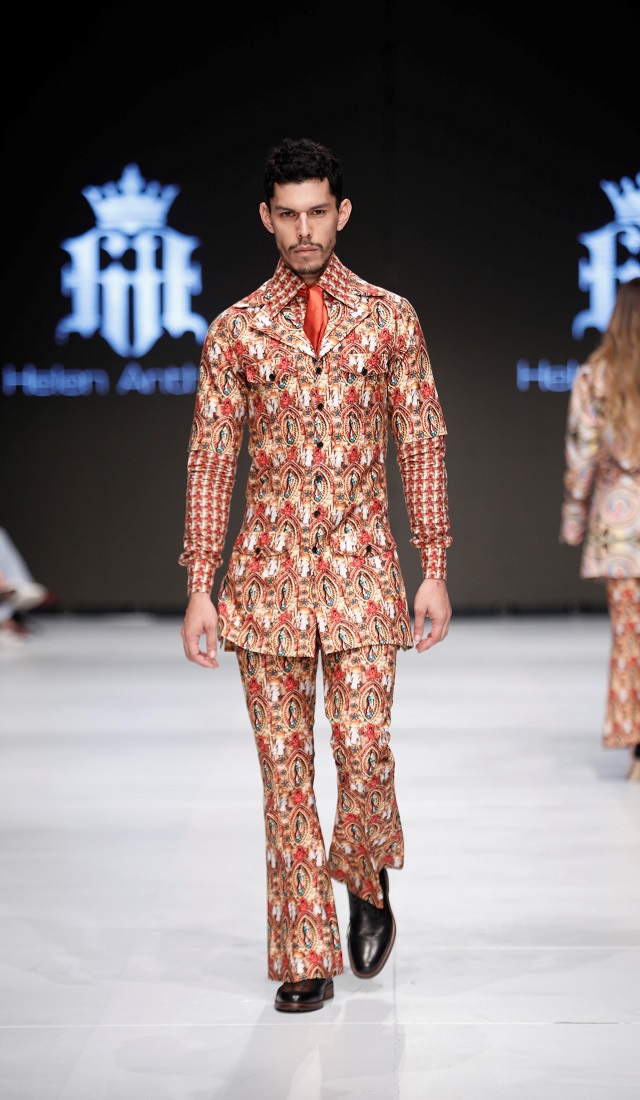 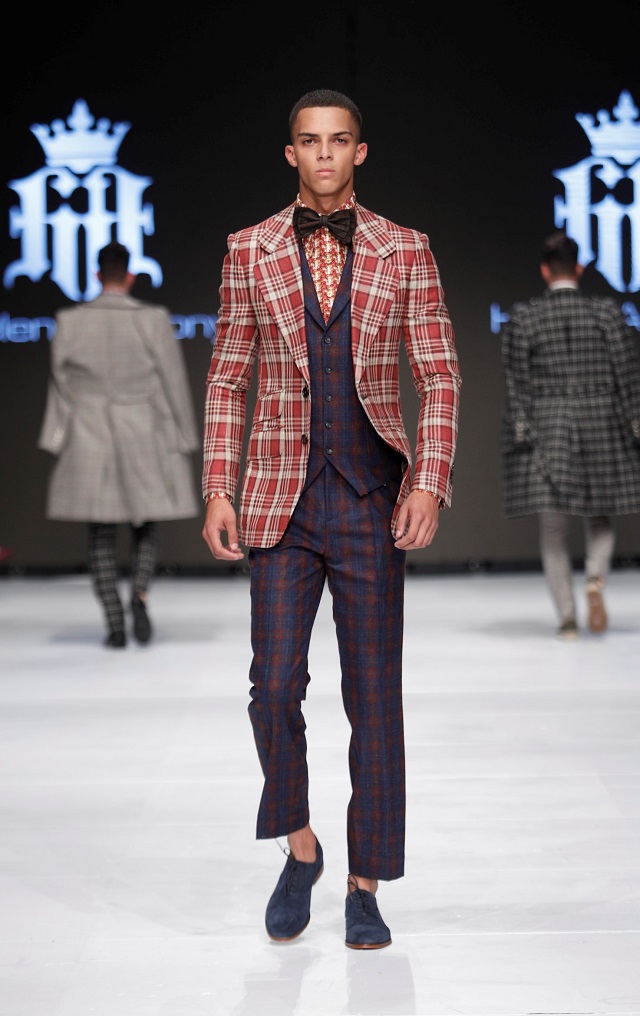 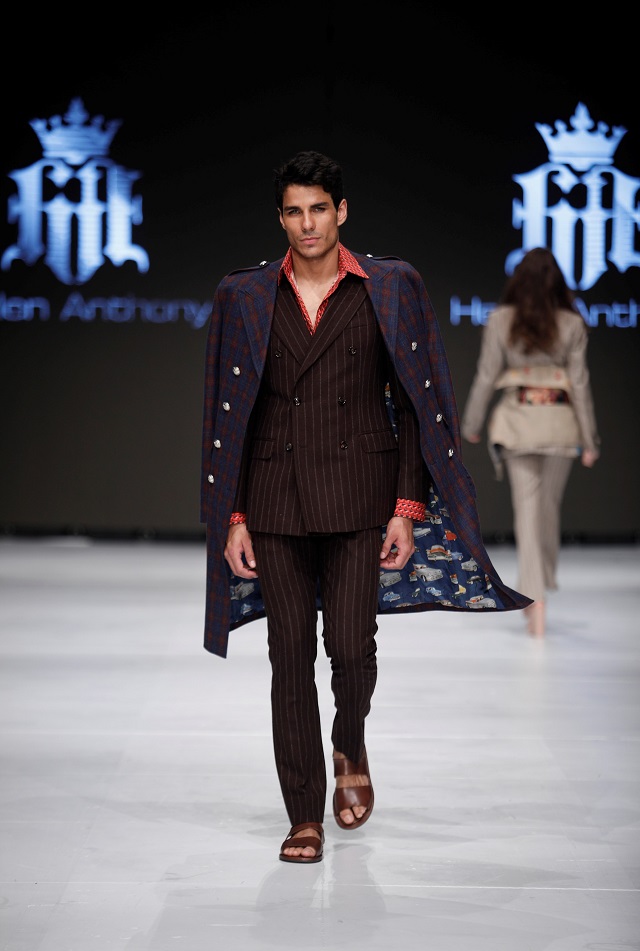 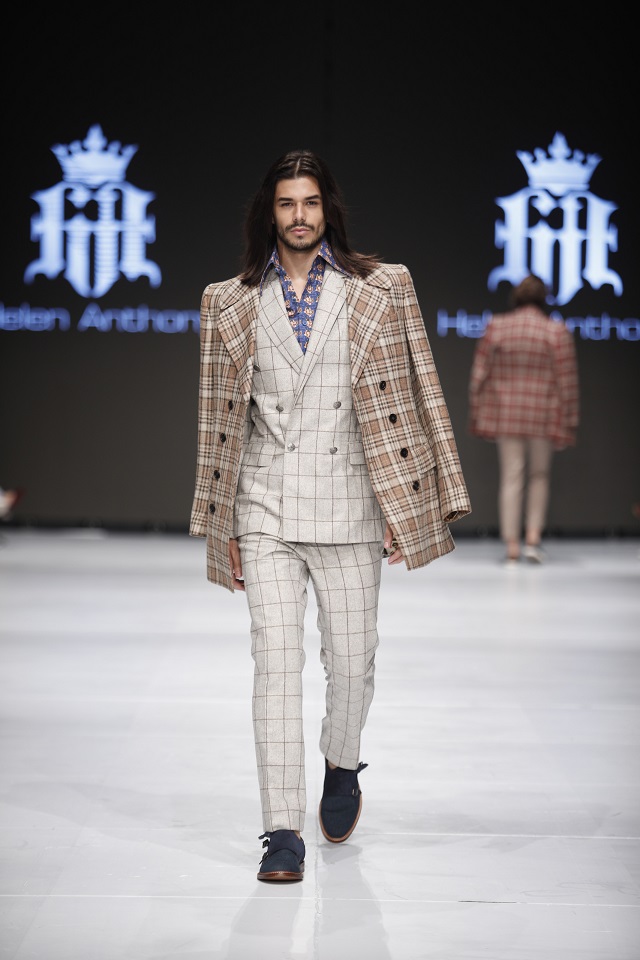 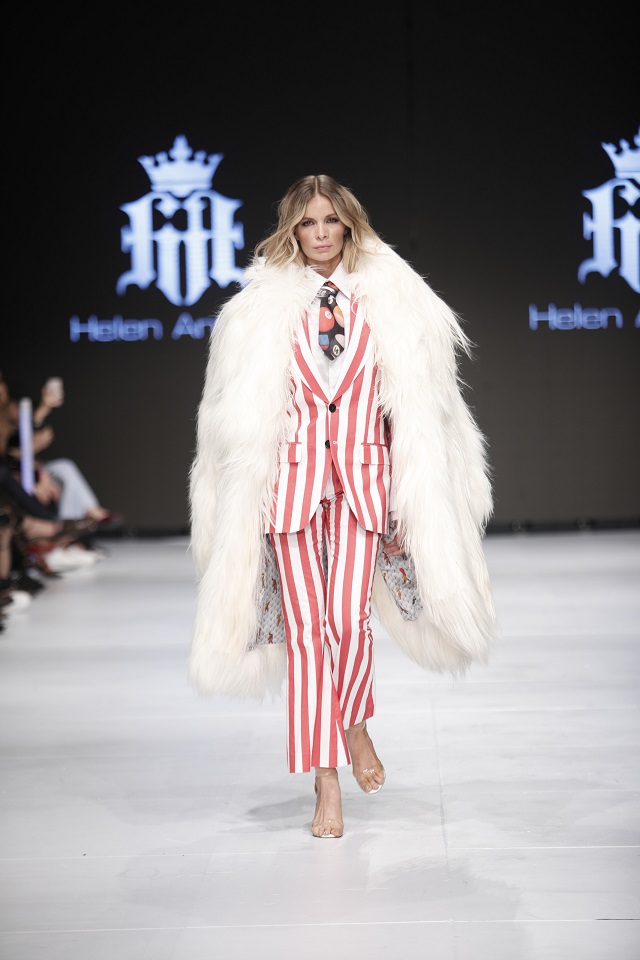 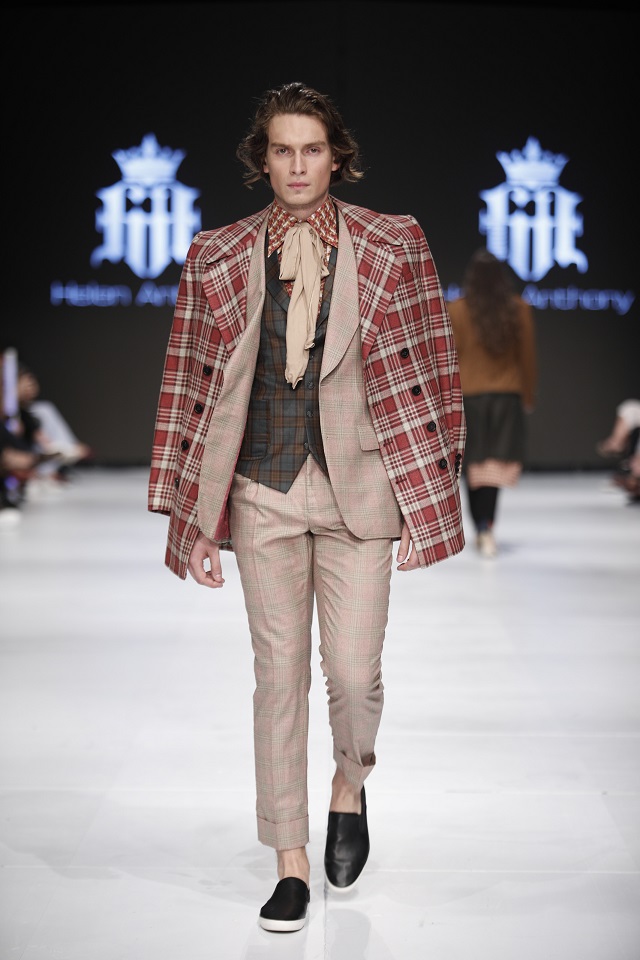 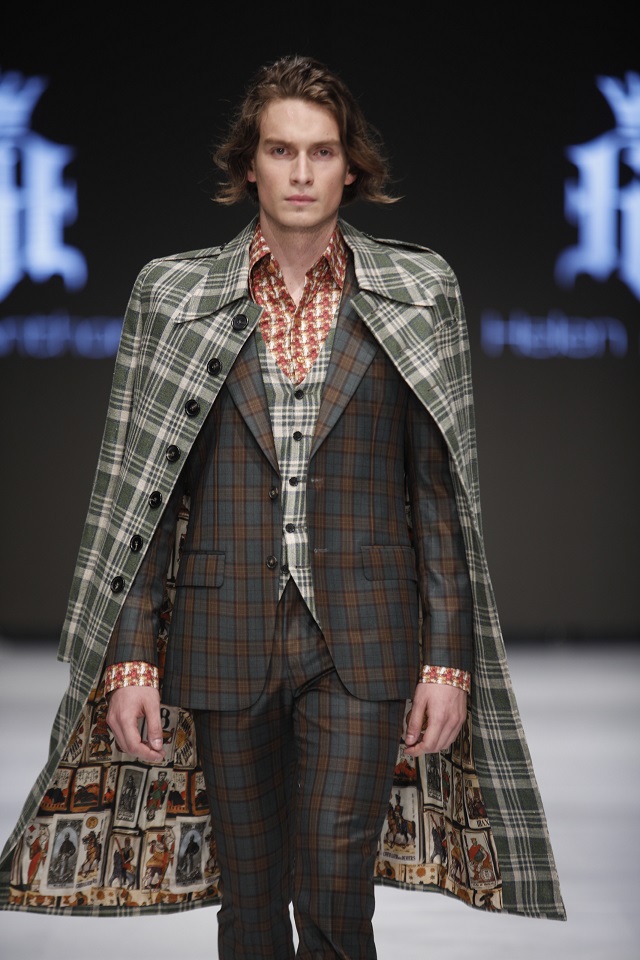 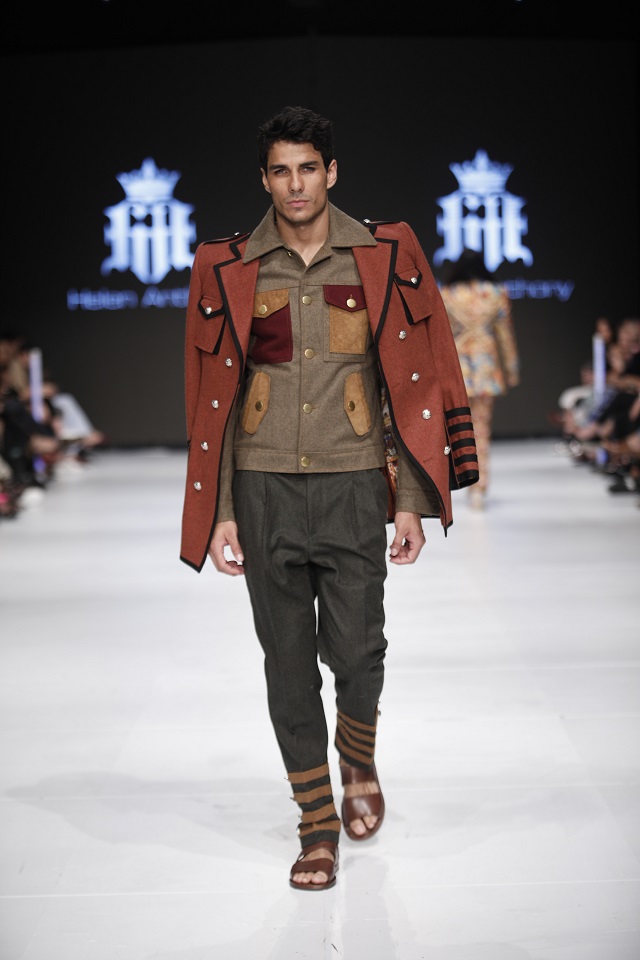