BDMOTP always looks forward to seeing Todd Snyder’s collections at NYFW Mens as they typically set the scene for the menswear fashions to come. For SS18, Snyder did not disappoint, creating an eclectic mix of trends encompassing all of the styles that seem to be taking over the runways this season, of course, with his own special unique touch.

First off, baggy trousers seem to be one of the main trends in Snyder’s SS18 collection. Cuffs at the bottom were an interesting touch to some of the looks, and something we haven’t seen much in Milan, Paris or London — we’ll be anxiously awaiting to see if it catches on.

Stripes were very prevalent in the collection, and the appearance of the vertical stripe —  something that women absolutely love as it’s slimming — was an interesting touch for menswear. There are definitely gentleman out there that might appreciate a slimming touch as well, anyway.

More sartorial looks graced the runway, such as suits layered over polos and shirts covered by long trenches, one of next spring’s biggest trends. Snyder of course had to participate in the athleisure trend, and in doing so collaborated with Champion. The juxtaposition between the Champion sweatshirts paired with tailored shorts and jackets was an interesting one — and this mismatching between sartorial style and athletic wear is quite literally taking the fashion world by storm.

Snyder also explains that his dad used to wear black shocks with shorts, and this bothered him immensely. But as they say, we all become our parents one way or another, and Snyder ended up using this trend, which once frustrated him, many times in the SS18 collection.

Words by Lori Zaino and photos by the CFDA of NYFW. 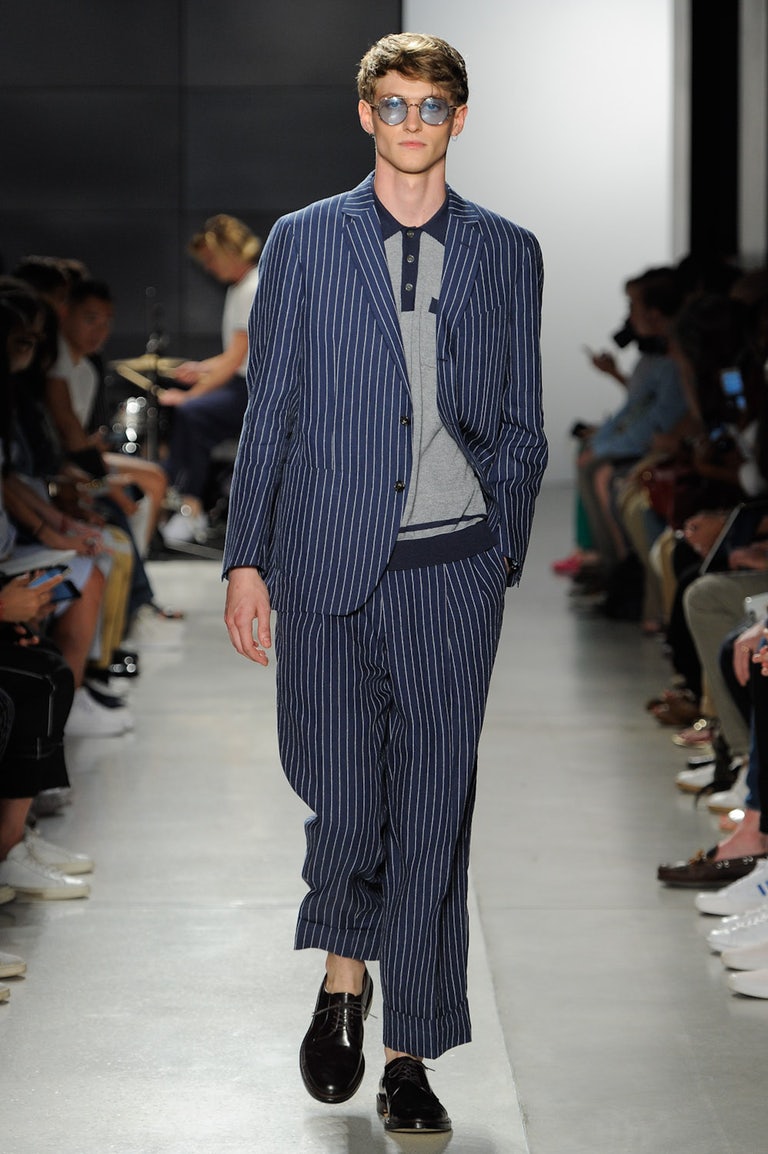 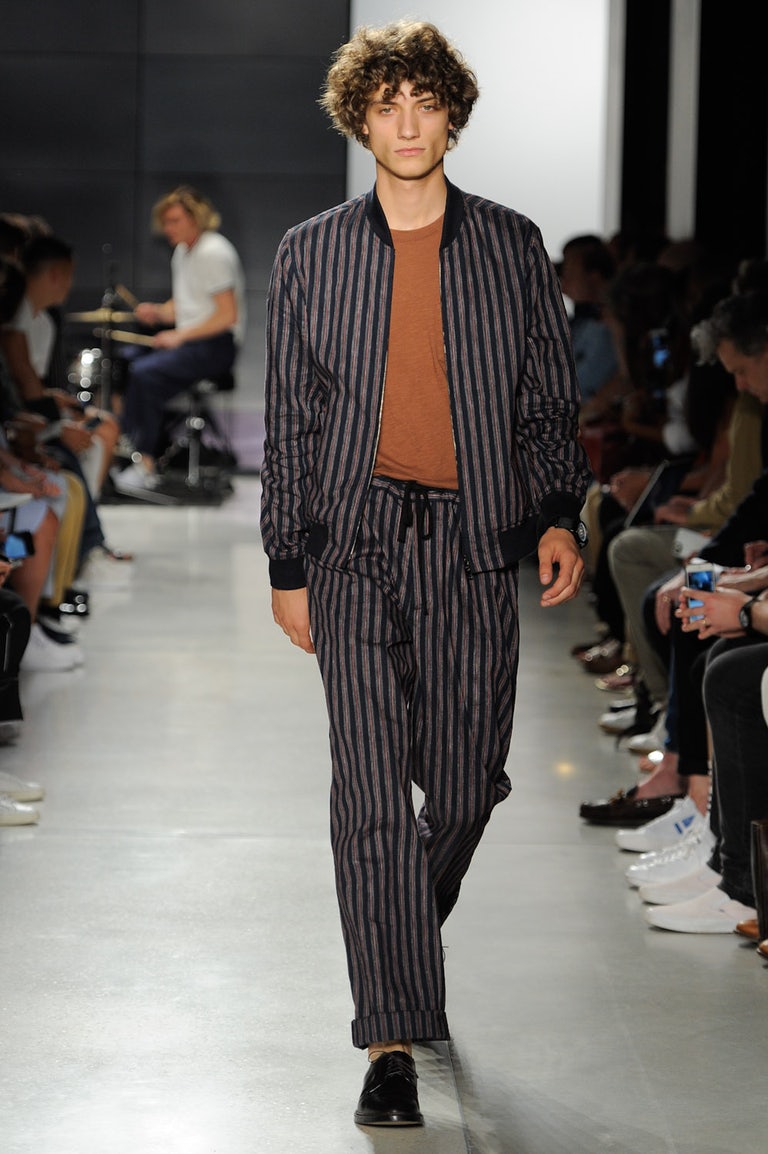 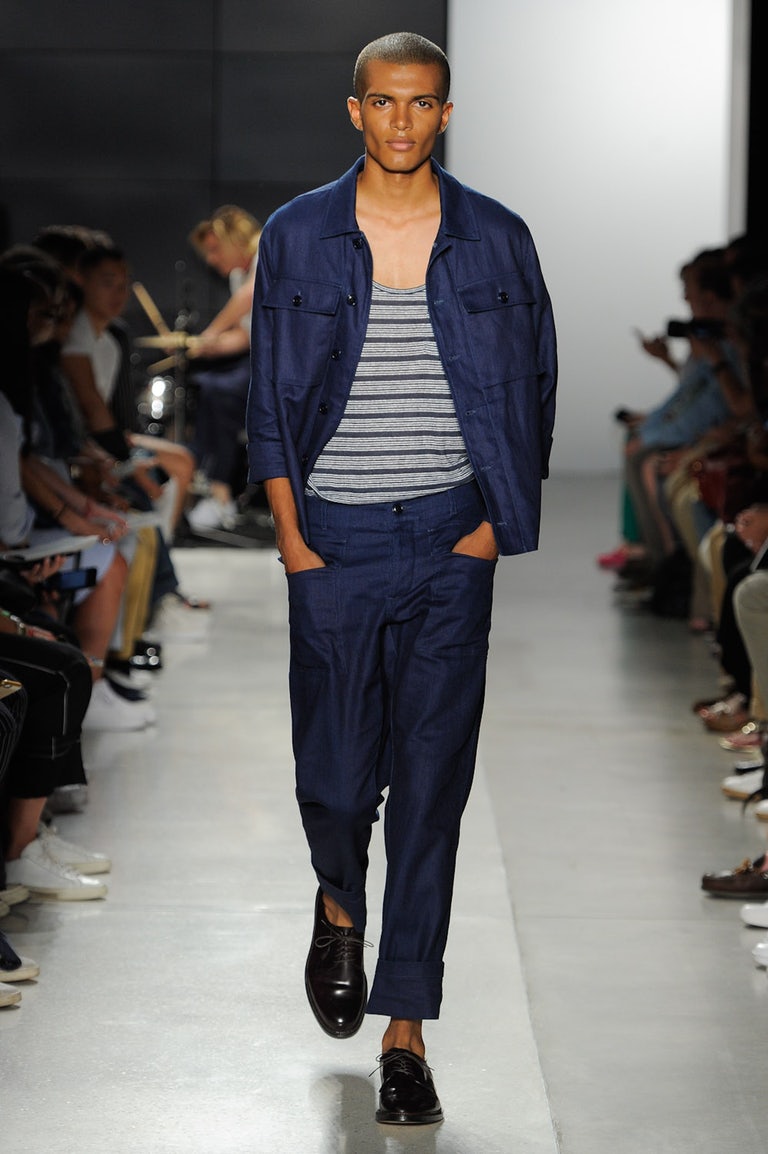 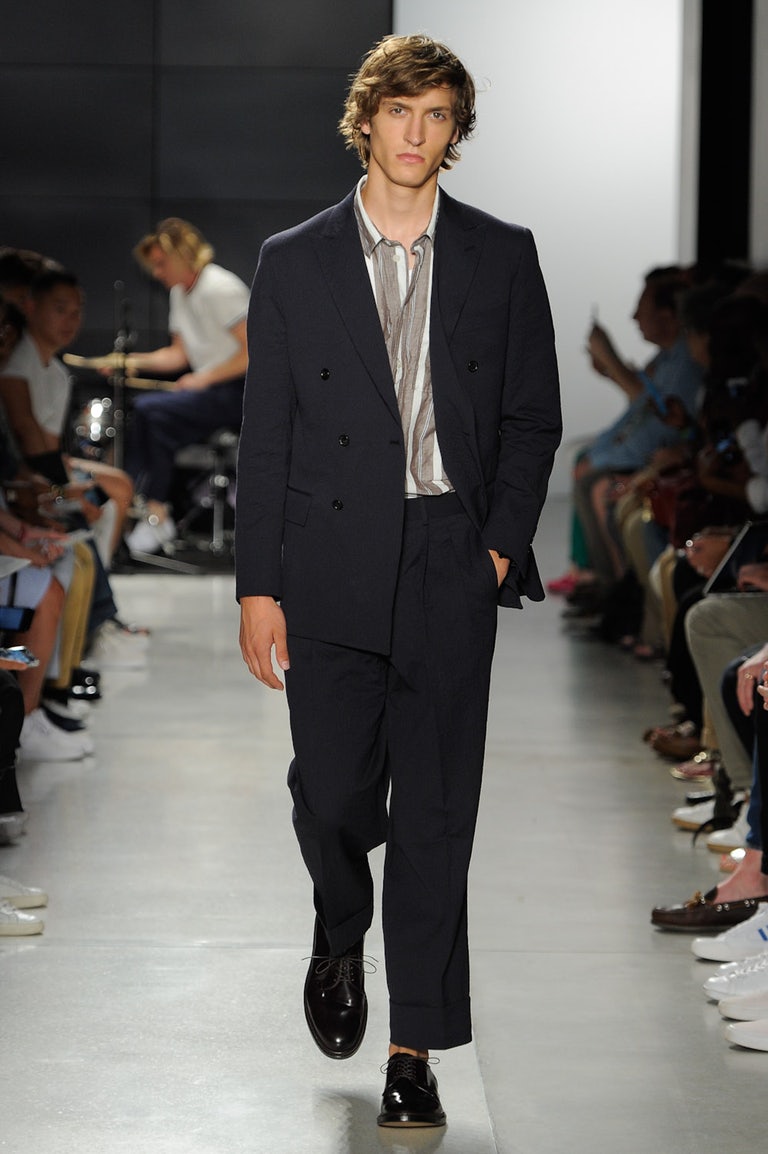 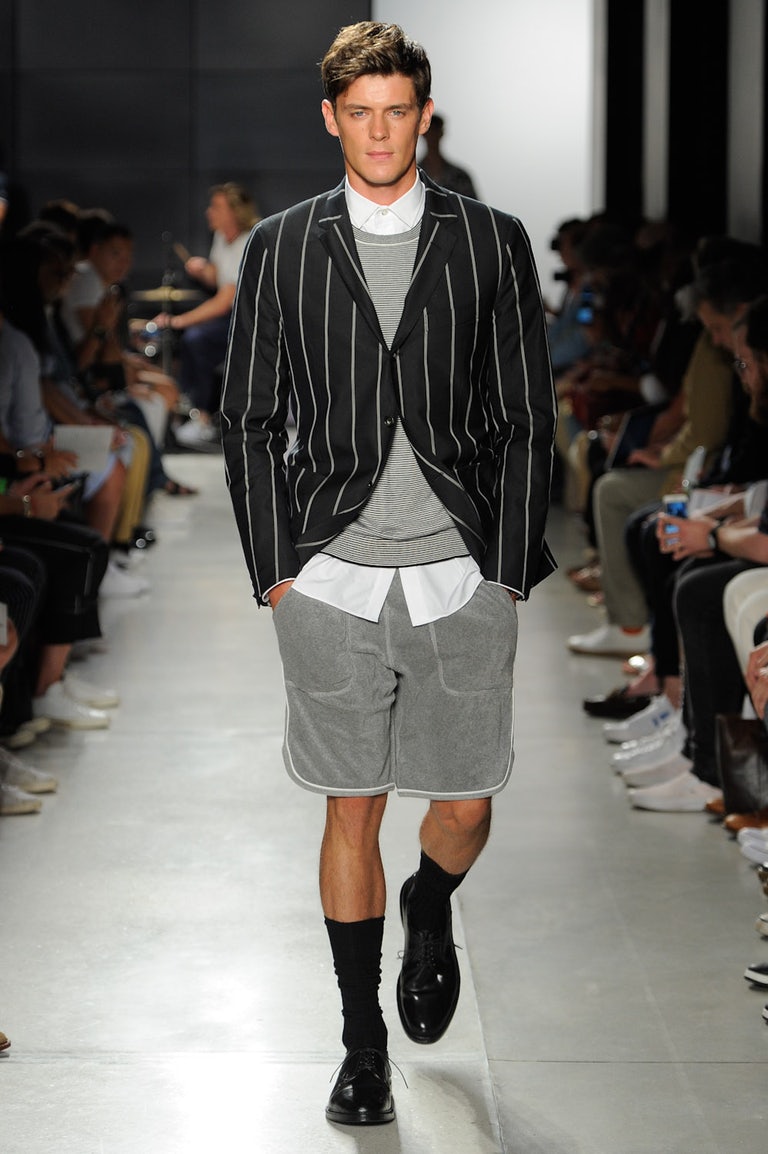 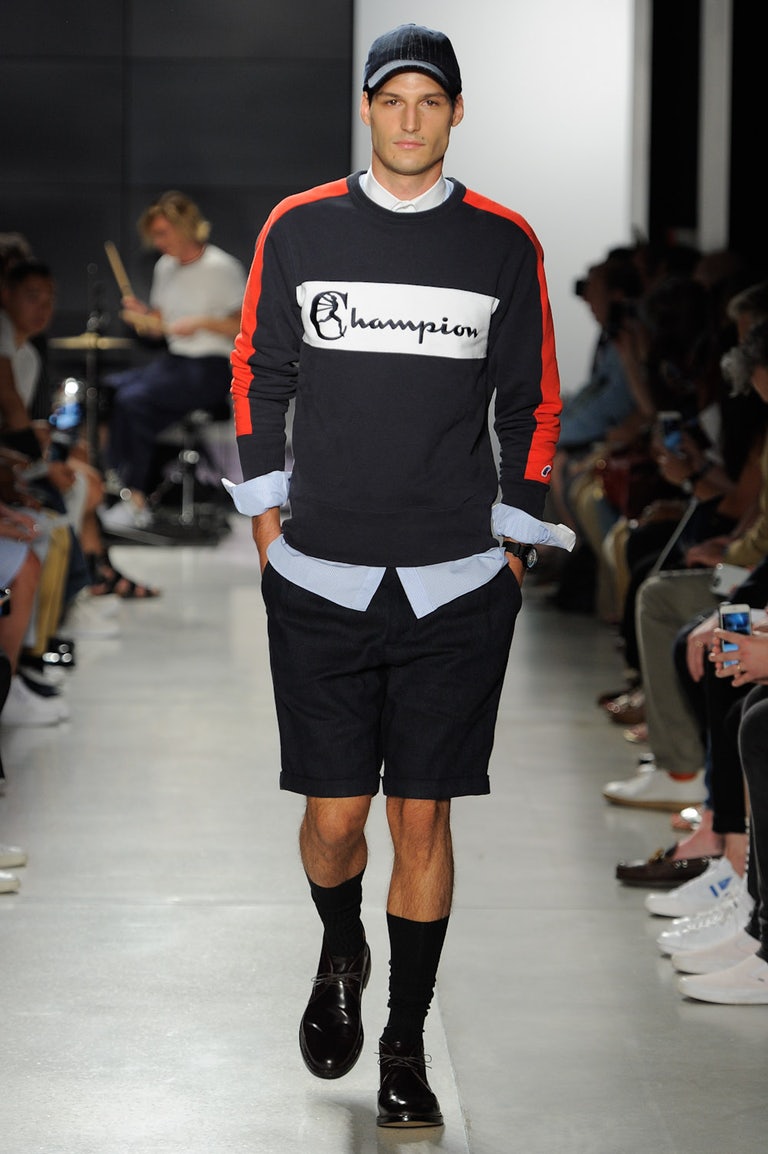 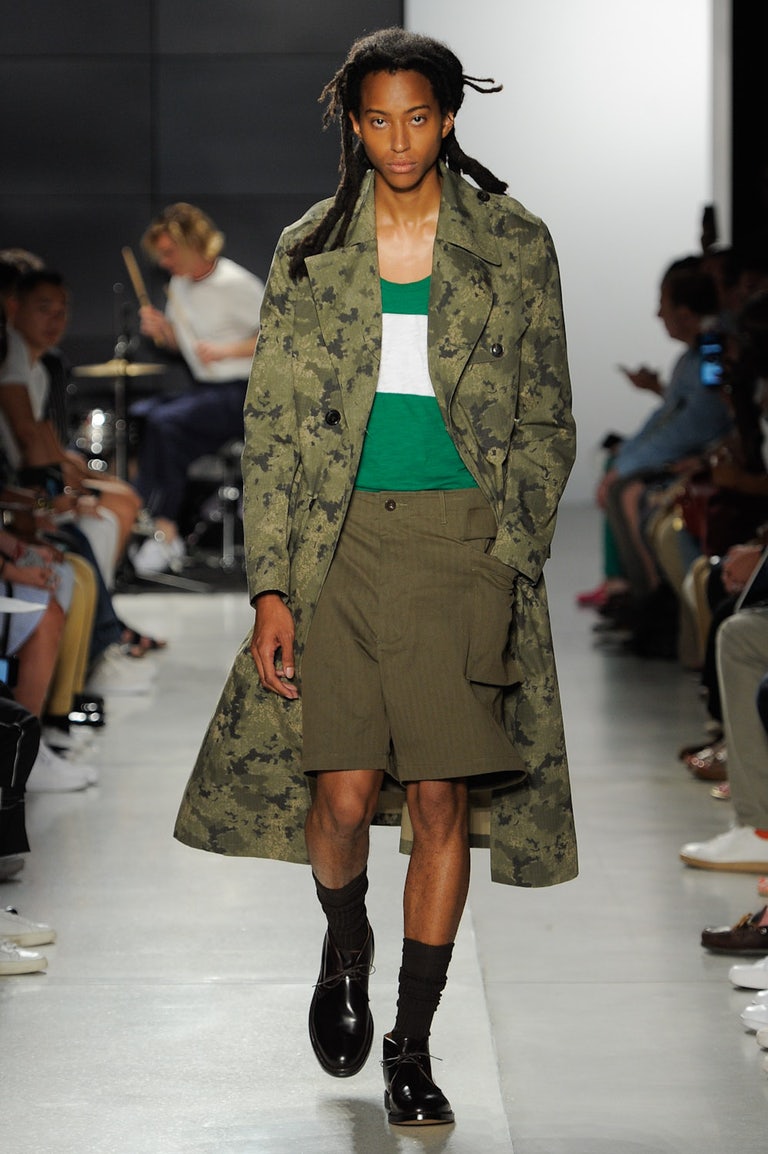 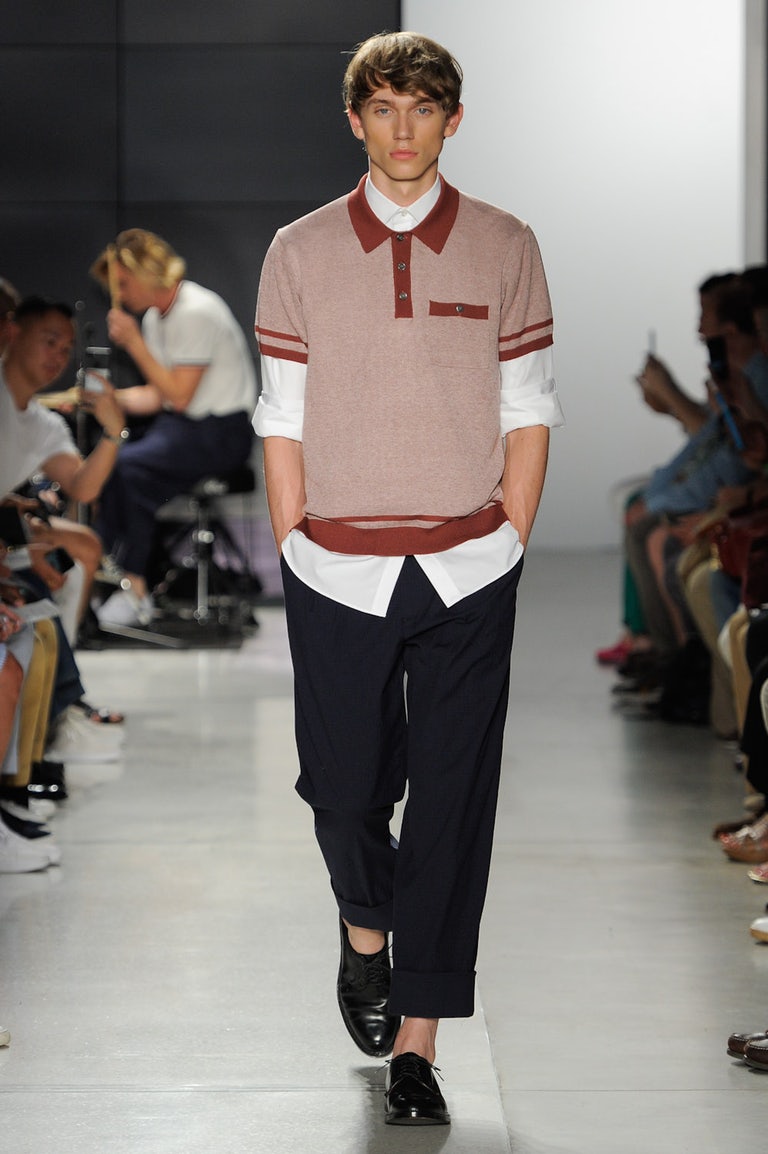 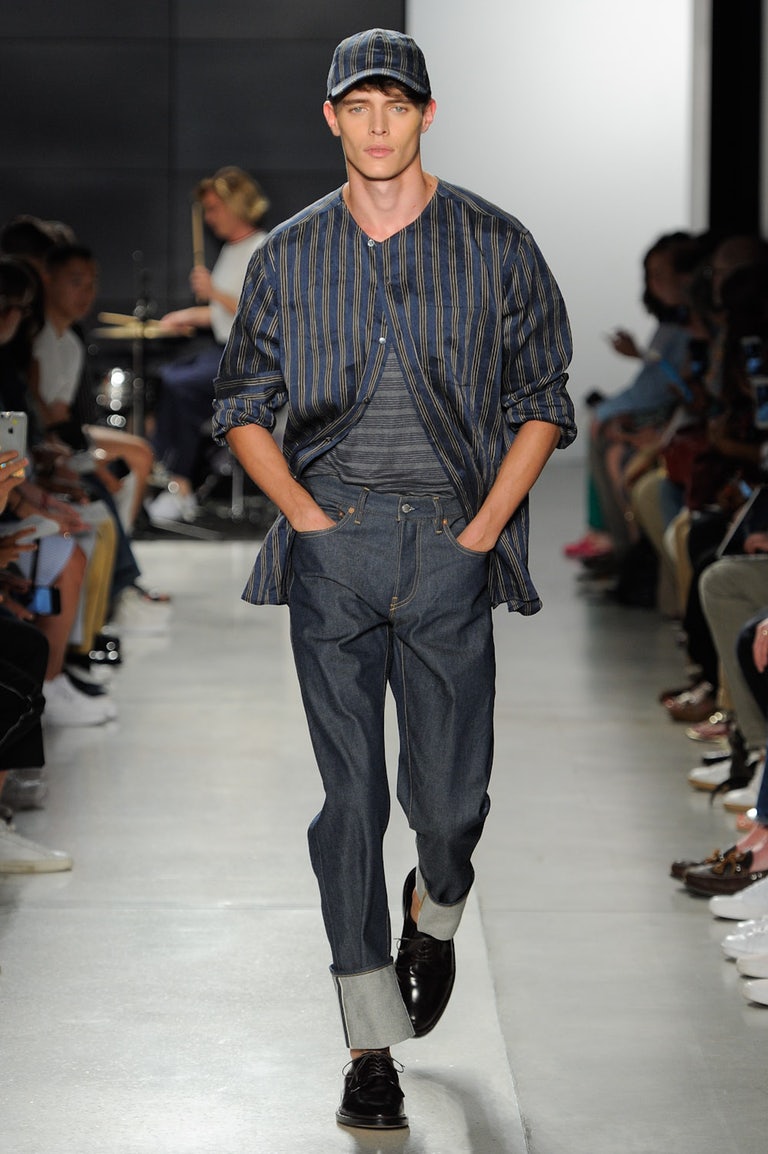 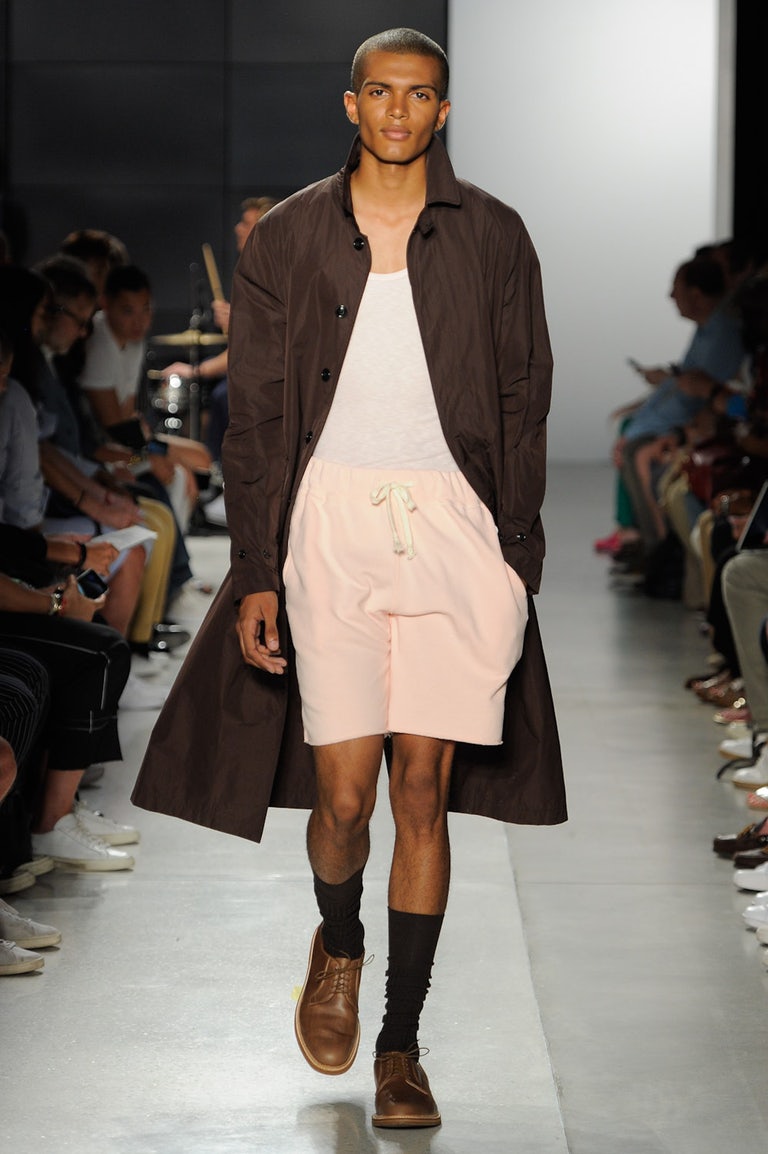 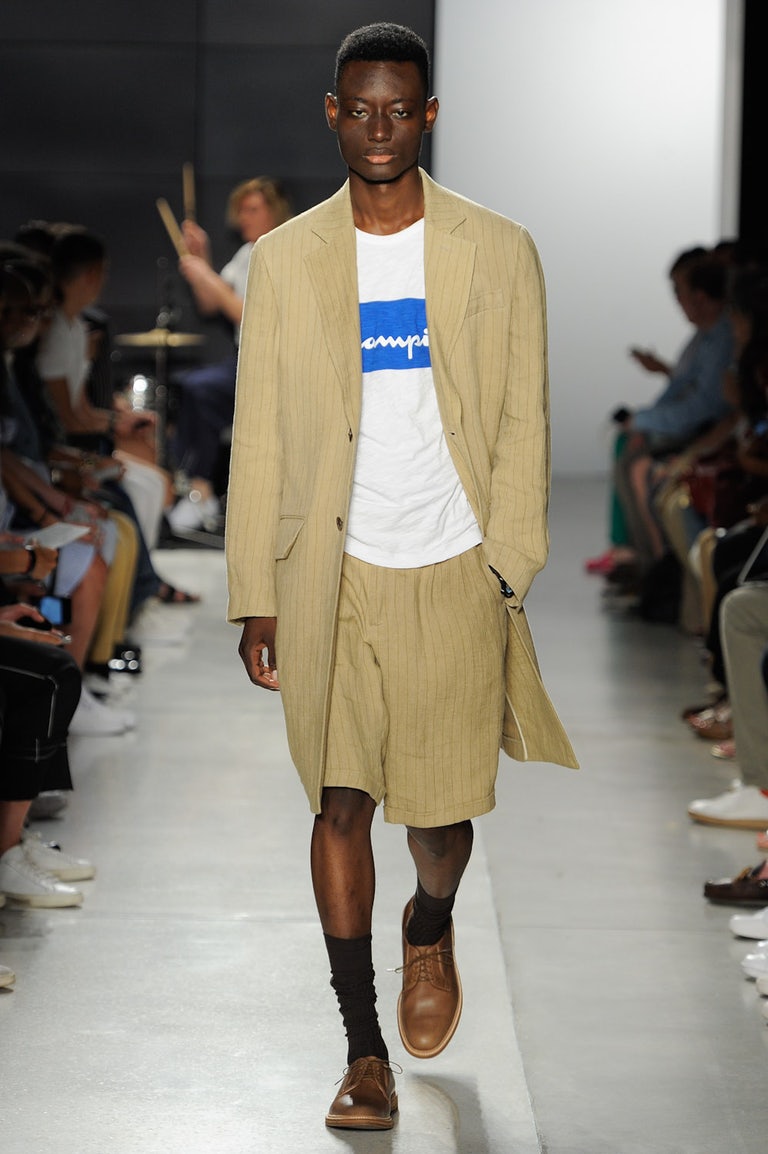 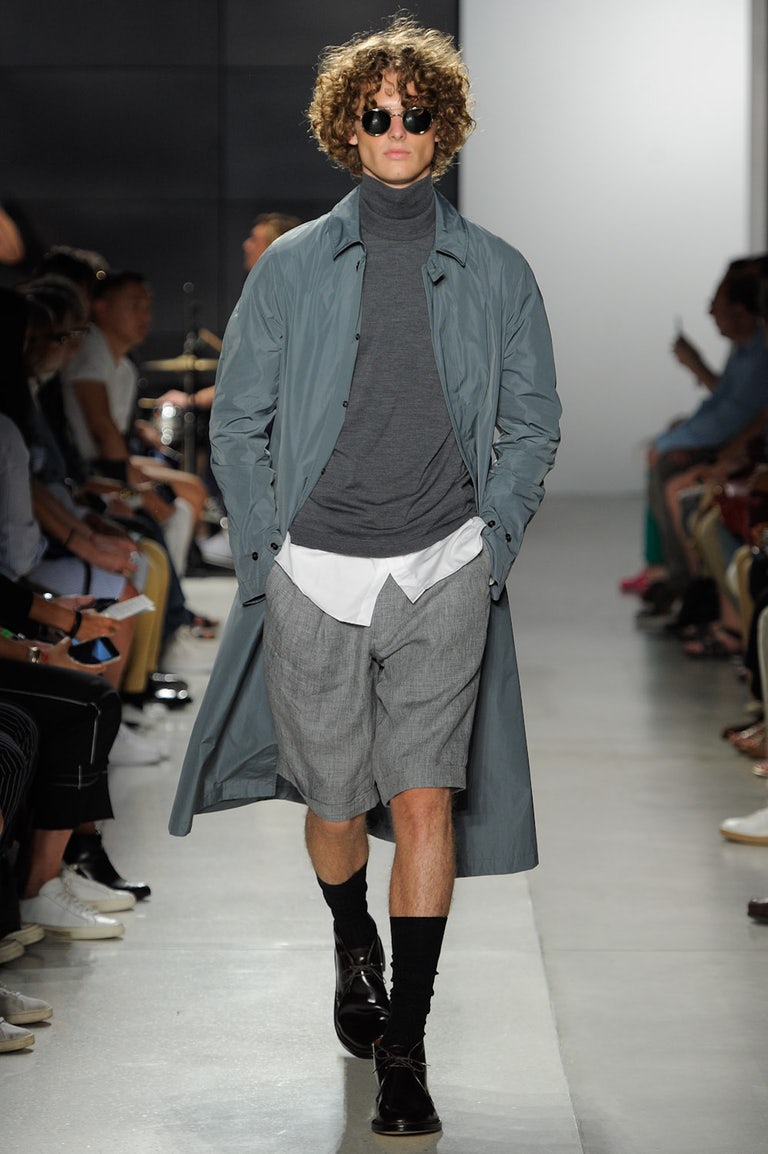 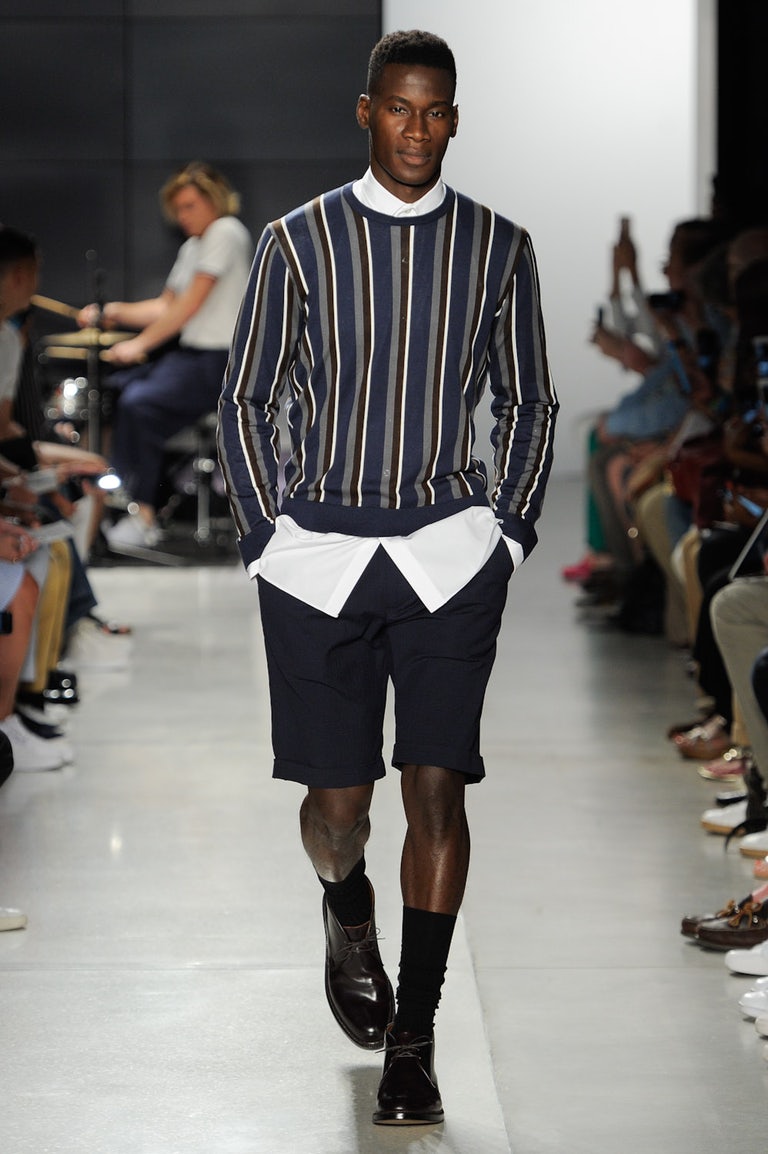 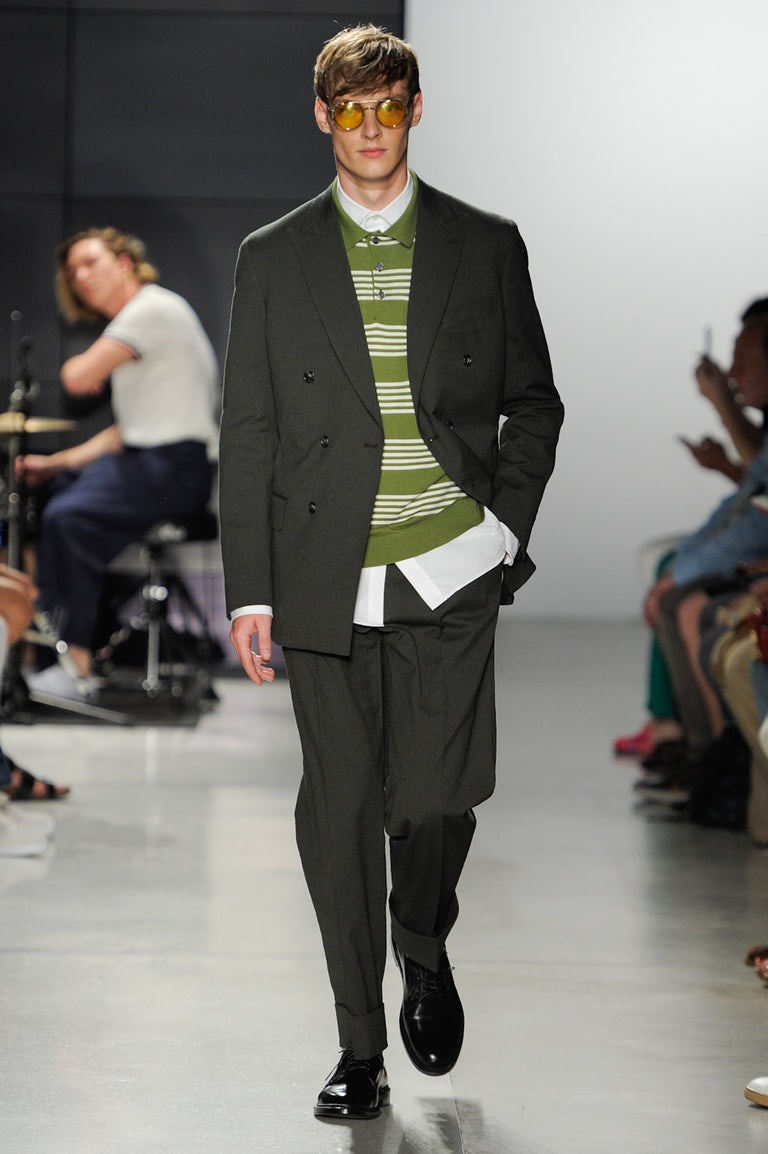