What would you expect? Hey after all this is the man who once dressed up to be photographed like Godzilla while sporting a biker beard – and as a giant mushroom with a frog on his bold head.

Yes folks, it is Walter van Beirendonck again, the old Belgian master, this time with a pagan quality show which can only be related somehow to the 18th century histoire of a local Belgian gang called the Buckriders who once upon a lost time terrorized local populations dressed up as goats. For here was a pagan ensemble dressed up as goats playing drums and disharmonious instruments with a pan-like creature goading and guiding and egging on the models on the runway as the Piper at the Gates of Dawn – if not the terrified fashionistas in the crowd and audience.

But hey what matters, if the quality of the style of menswear is actually really good – if not even a little chic despite the multiform accessories and interesting sartorial contraptions pasted across (or hanging form) the designs; the colorful symphony outstanding in its pallet and imagination if not the range and variety of materials; and if through the medieval chaos or 18th century angst both modern elegance and class still manage to shine through.

In short, this old master once delivered again, as amazingly Walter van Beirendonck keeps on dreaming up yet ever more harrowing tales – or beautiful stories if you want, in the pursuit of tailoring excellence and the power of wild imagination in men’s fashion.

Hold on for the ride! For here come Walter’s Buckriders… 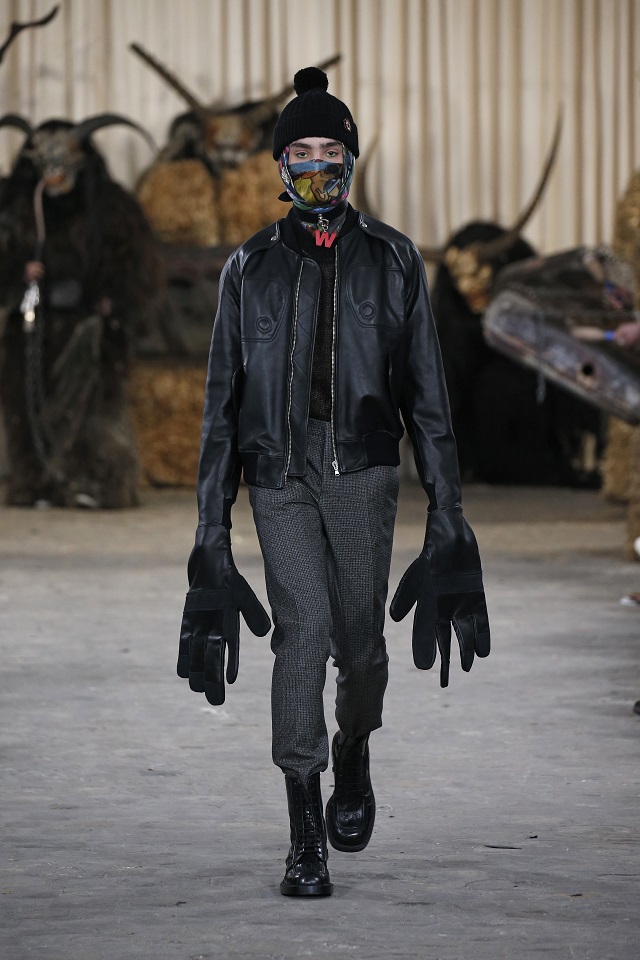 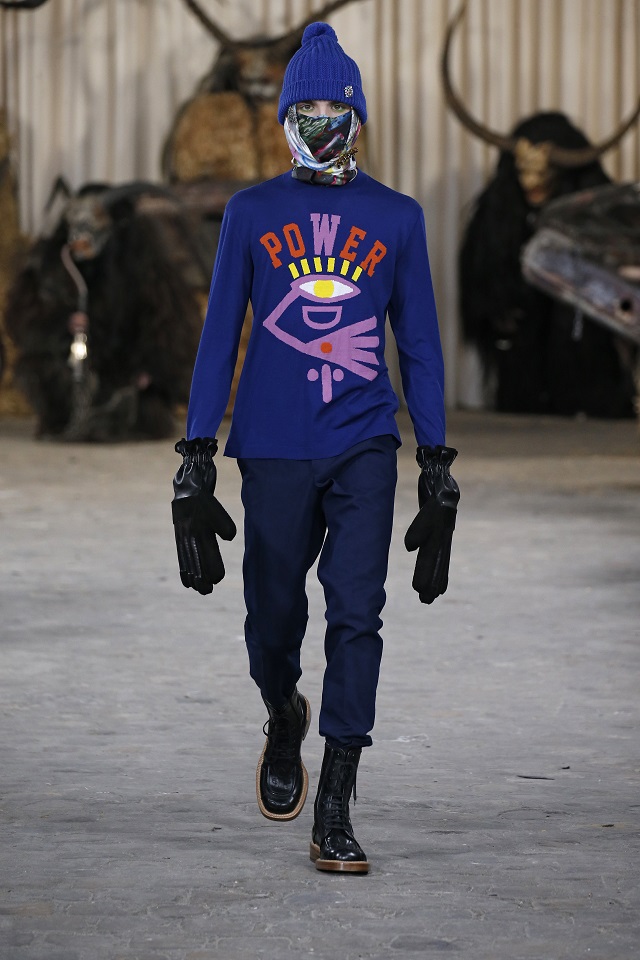 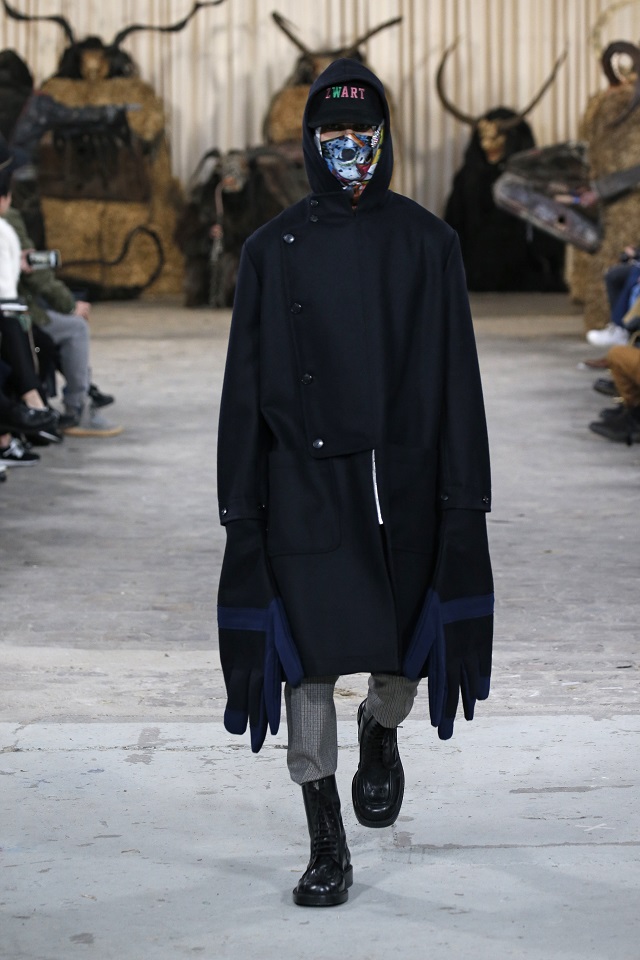 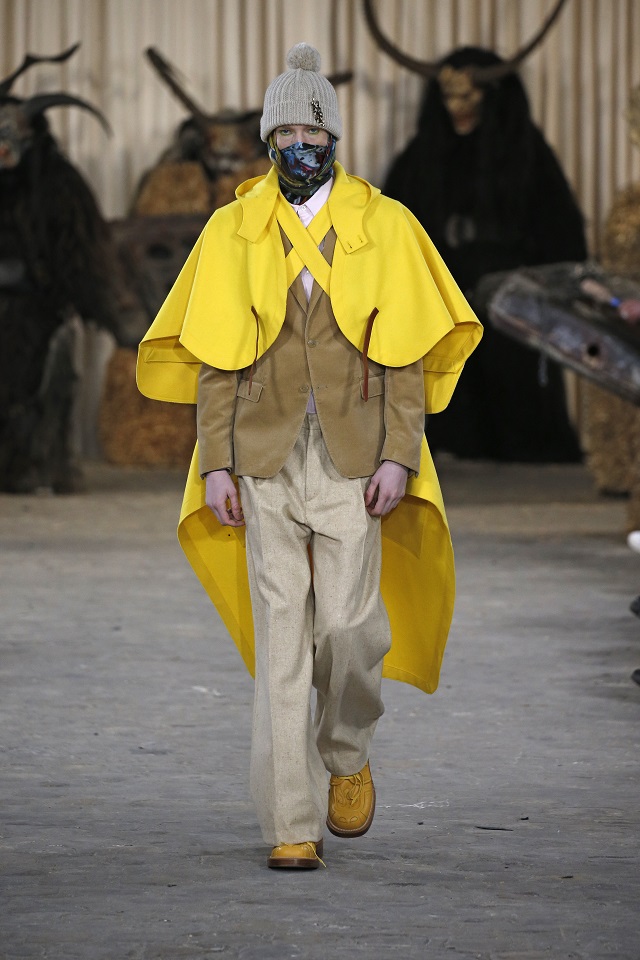 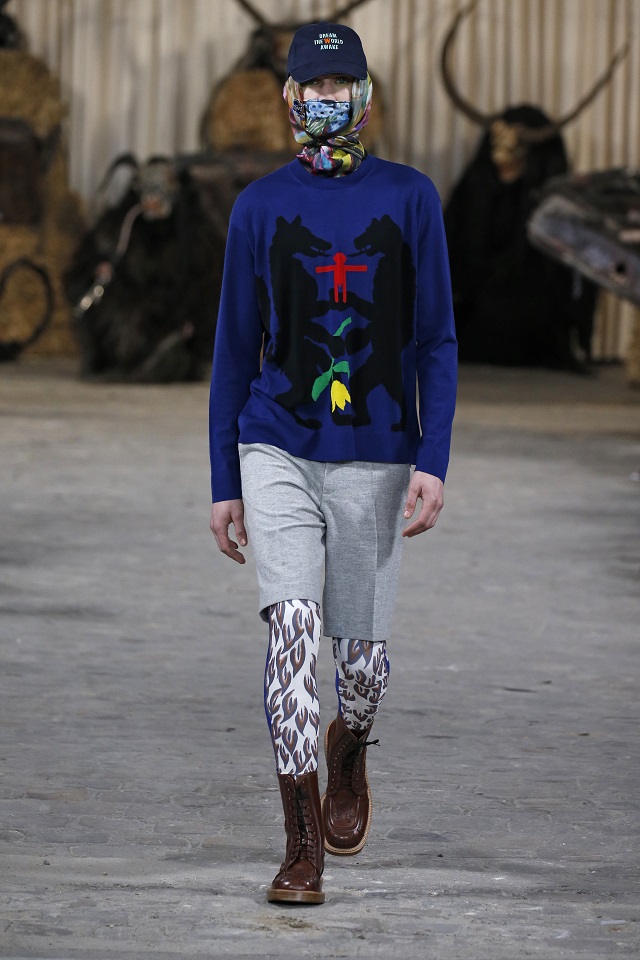 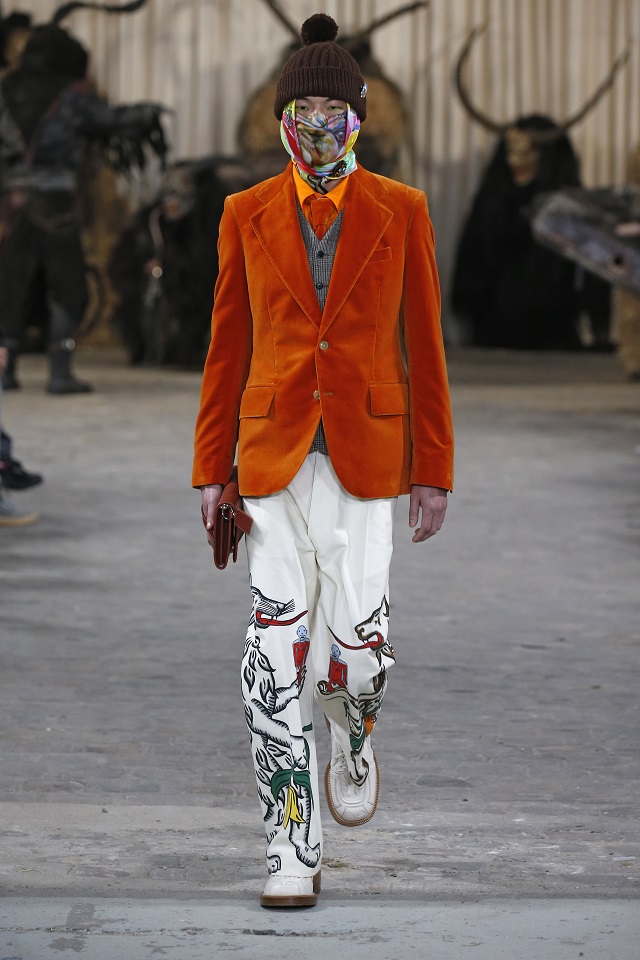 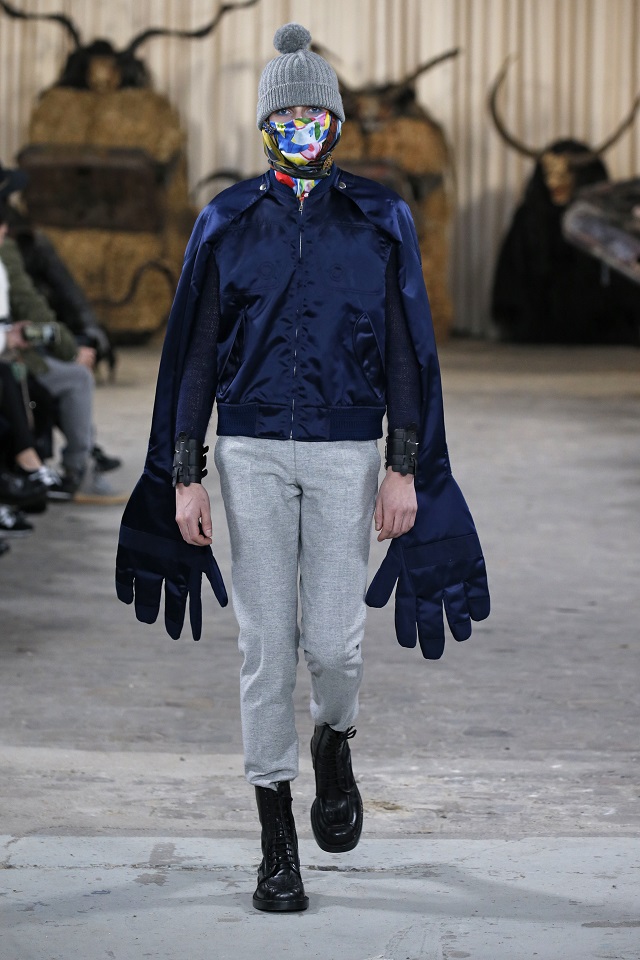 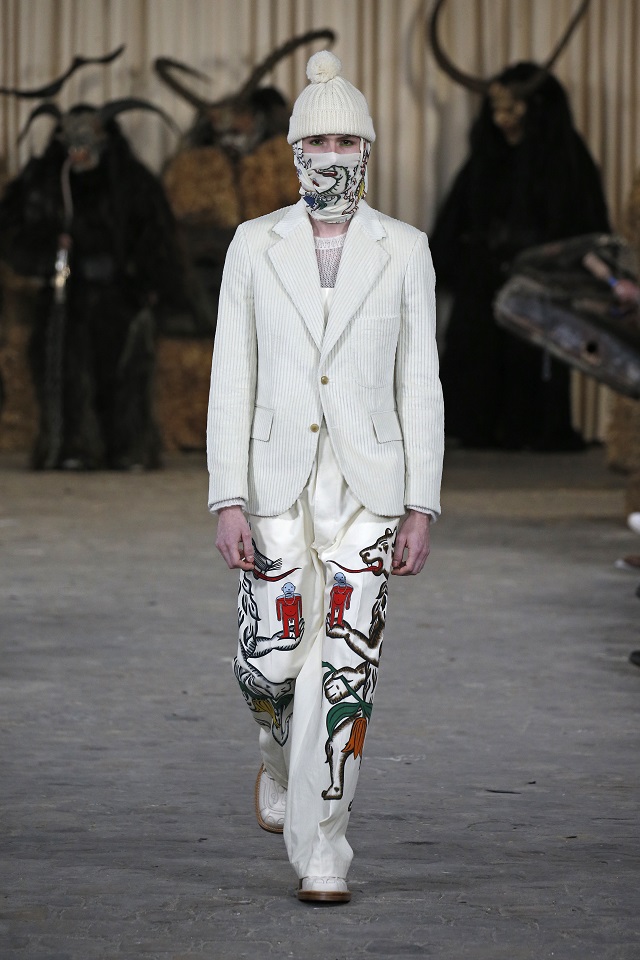 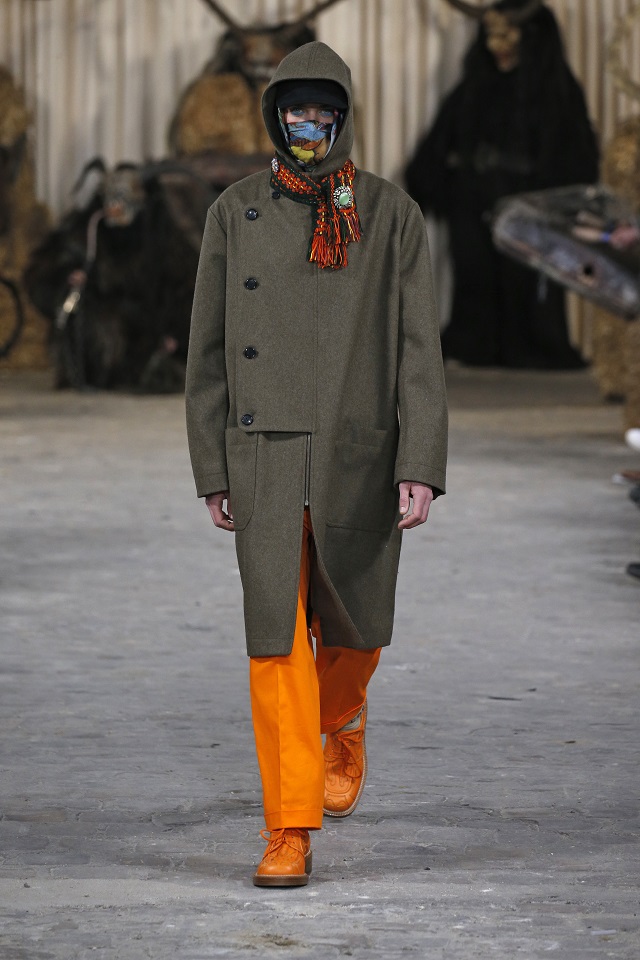 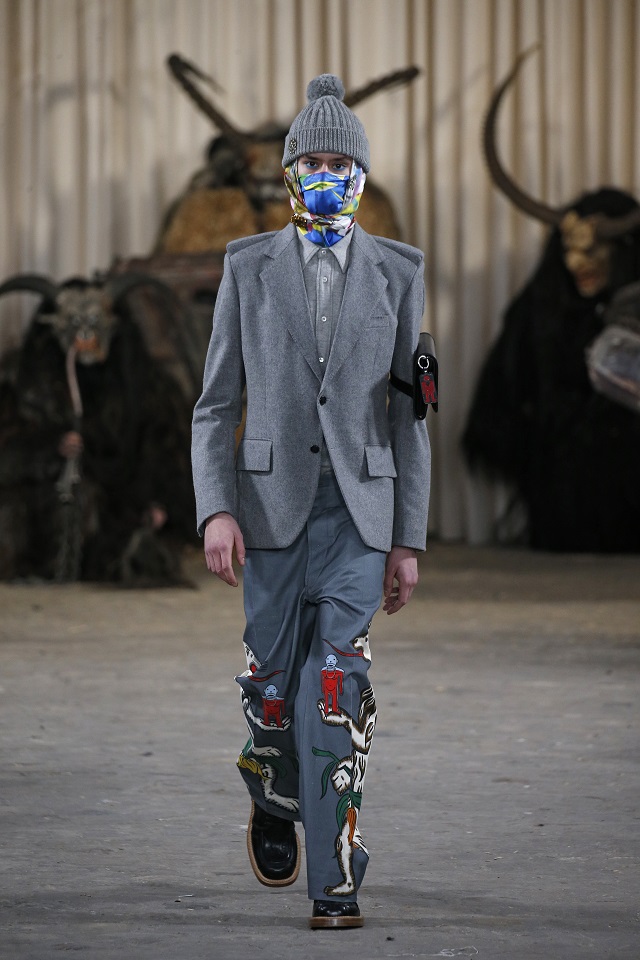 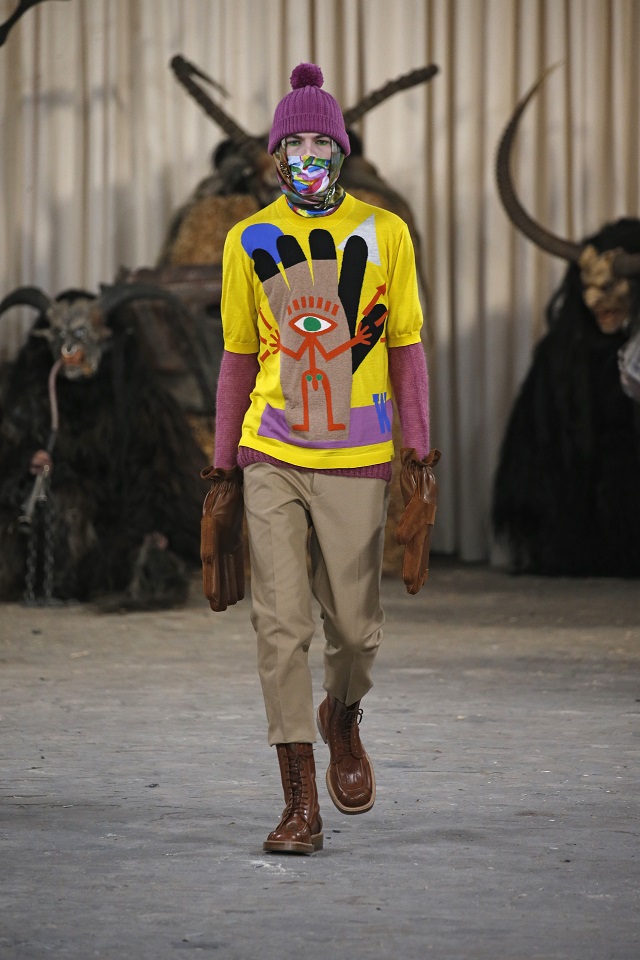 Words by Sandro and photos by Walter van Beirendonck.