Sankuanz may very well be China’s answer to Julius from Japan in that the inspiration for the collection comes from a rather dystopian future, with the one difference that the ominous source of all the colorful and oddly shaped sartorial trouble is perhaps not a book (the Julius show theme was based upon a 1984 sci-fi novel), but rather some twisted take on the aberrant universe straight from the millennial gaming industry’s classics like the Half-Life, Bio Shock, or Fallout series, in that most of the characters of the cast are dressed in industrial tech fabrics and materials (designer Shangguan Zhe is using DuPont materials, UHMWPE, as well as aramid fibers for his creations), as well as in bio-hazard suits, which – as gaming legend would have it – must warrant all of us different levels of protection from whatever assault or onslaught both natural or unnatural the future may hold.

Comes to mind a well-known quote from Half-Life 2 as perhaps a fitting motto for the Sankuanz collection AW 17:

“The right man in the wrong place can make all the difference. So wake up Mr. Freeman, wake up. And smell the ashes.”

When then you read that the Sankuanz show press release tells us pointedly that the outfits and garments on the runways are for a time of ‘an unravelling of the establishment’ (cue Half-Life, Fallout, Bio Shock and recent events in modern-day politics from Brexit to the election to Donald Trump), then you realize that designer Zhe perhaps is onto something.

And to be as disruptive and as blunt as possible (sound familiar?) he then continues to rub salt in our aesthetic wounds by parading in front of us as word prints on hazard wear with the following brutal catch phrases as the dark and stark reminder of the realities of our barren times: ‘immigrant’, ‘massacre’, ‘natural selection’, ‘visual pollution’, and simply ‘destroy’.

Hence that the show is called ‘destroy’ and we must make a special citation here for the originality of the runway show invitation which came in the form of space age material wrist bracelet / band – in tatters and rolls, and, who knows, probably resistant to any form of rhodium radiation:

“Welcome. Welcome to City 17. You have chosen, or been chosen, to relocate to one of our finest remaining urban centers.”

(from Half-Life 2: that pervasive disembodied voice of a ubiquitously droning announcement in an abandoned city) 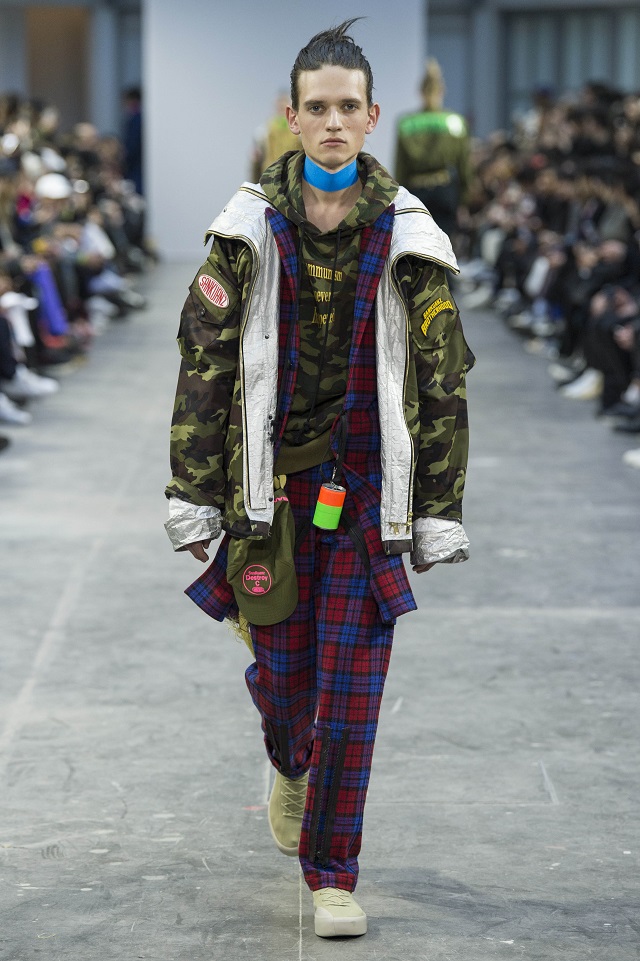 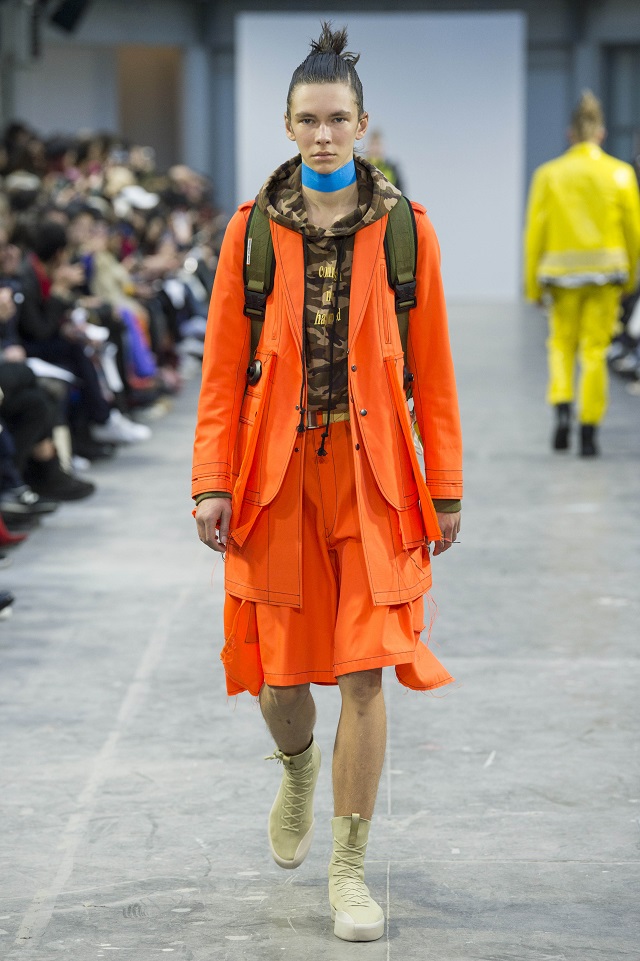 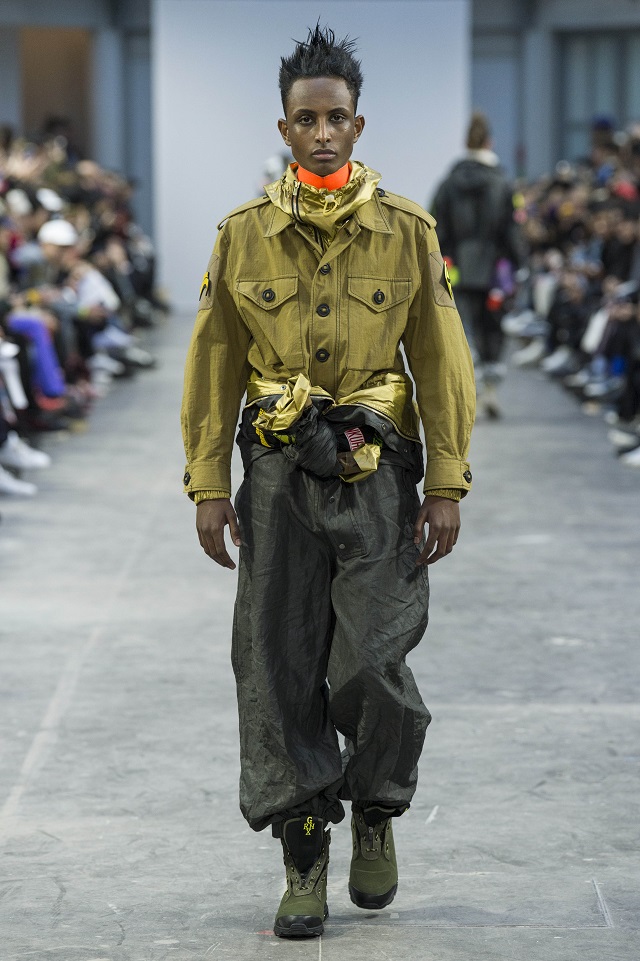 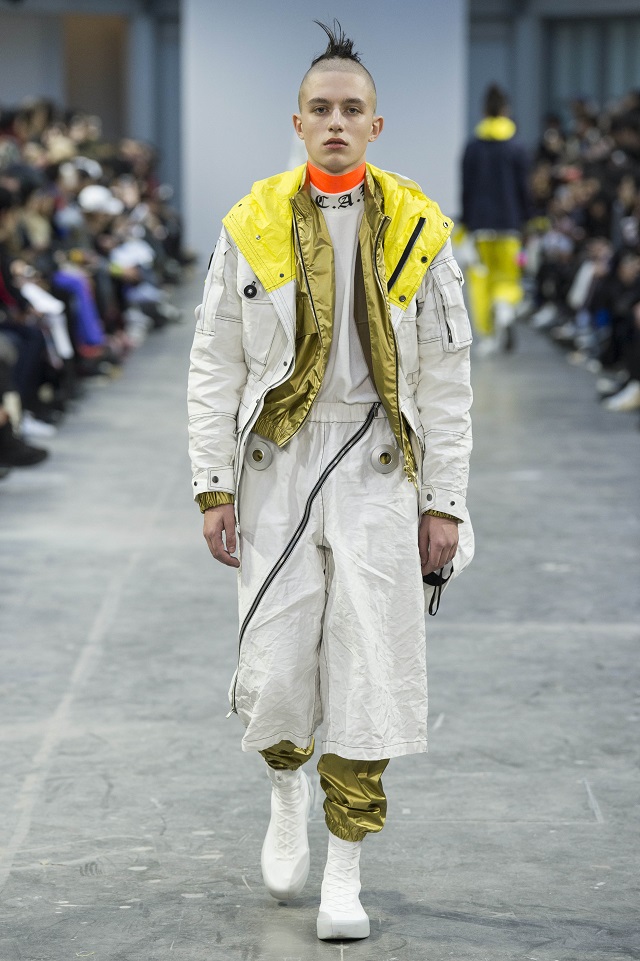 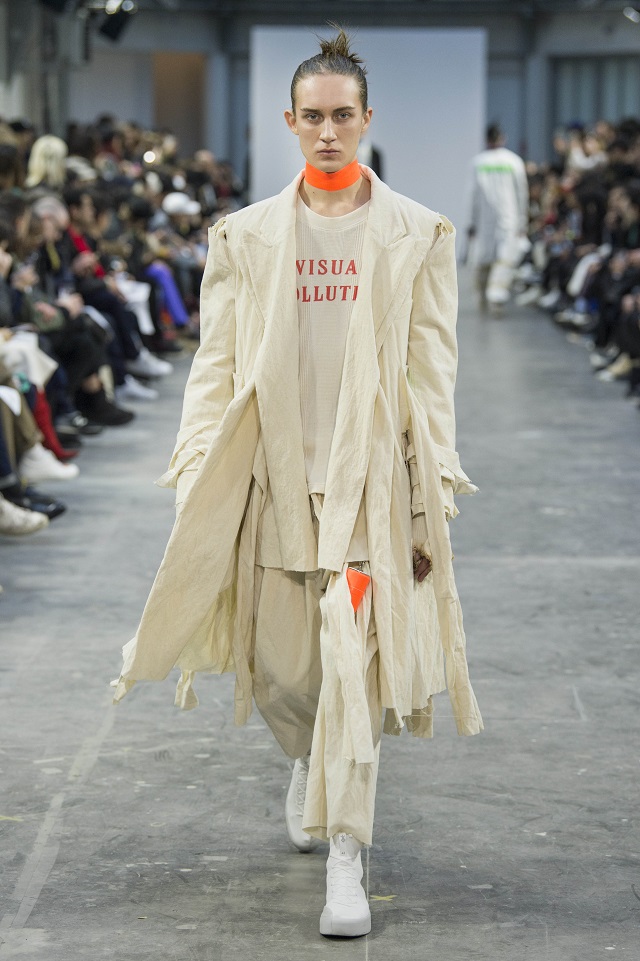 Words by Sandro and photos from Sankuanz.