When observing Henrik Vibskov’s marvelous creations and collections on the runway each time they somehow seem to resonate with E.T.A. Hoffmann’s 1816 story about a Kingdom of the Dolls, better known publicly the world over as ‘The Nutcracker’. Here are colors, cuts, and shapes and forms gently playing out the grand cabaret of characters from childhood dreams, and when you read the press release indeed it is mentioned that some of this latest marvel of a Henrik Vibskov collection was inspired by ‘puzzles’, ‘painted wooden toys’, and ‘board games from the 60’s’.

Add to this that two of Henrik’s projects this year include working on Madame Butterfly in Belgium as well as on Swanlake here in Paris, then you will understand that we did not witness just an ordinary fashion collection homme but rather an entire theatrical set where a small drama was being played out in front of all the grateful fashionistas present. For where fashion design ends perhaps this is also the place where the theatre of dreams may begin.

A sport and exercise based theme necessary for a time when our lives are hectic was actively being played out by 12 human dolls in slow motion on a stage in the middle of a grand square runway in a ballroom like setting – before the show, during the show, and still continuing and slowly dying out with the music after the runway show was already over. Of course the unexpected effect of having different elements of a similar theme going on at the same time but at a different pace, makes for most a most marvelous experience: The doll-like fashion creations parading around the grand ballroom on the runway while slow motion dolls are performing a stationary sport or yoga like exercise on the stage in the middle.

We have seen this concept applied before at fashion shows (notably Philipp Plein) but never seen it implemented this perfectly and professionally. Because if the choreography or the music are off – even by one beat – the effect is gone and the show will fall apart at the seams. But the Henrik Vibskov AW 17 show was executed and rehearsed to perfection.

And so all the patterns and colors and the style are clearly recognizable as Vibskov – and especially his sweaters are things worthy of wonder and admiration – during this grand parade of the human dolls while a cacophony of impressions, sounds and various colors slowly comes to a grand decrescendo as if when imagining or witnessing a recently discovered antique tablet or mural – full of colors and odd shapes – from deep in the Aztec or Mayan jungles having come alive for the first time, only to slowly fade away again into the hidden world of dreams.

Henrik Vibskov is a master, and you can even spot him on the runway below. 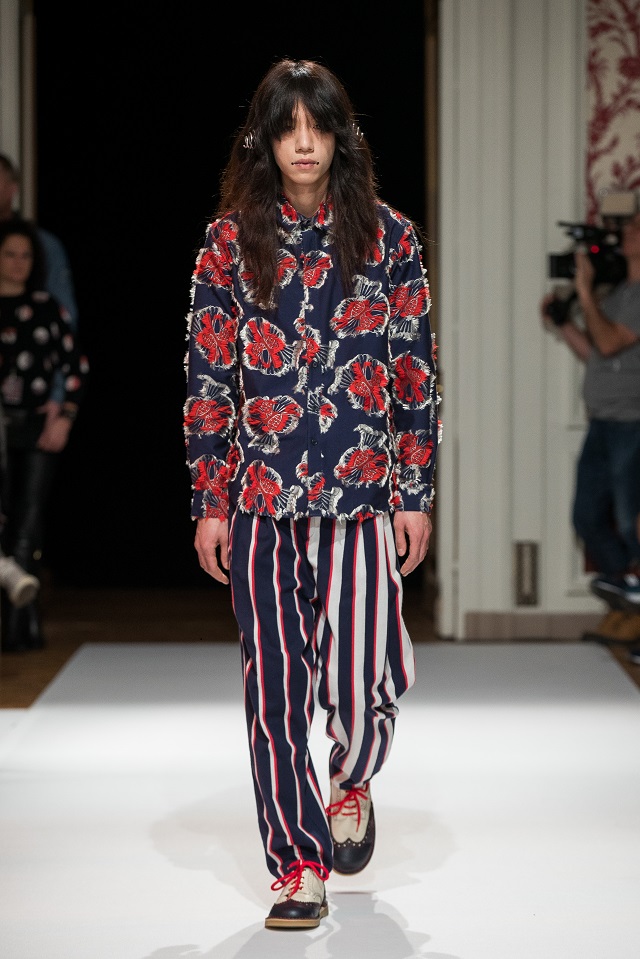 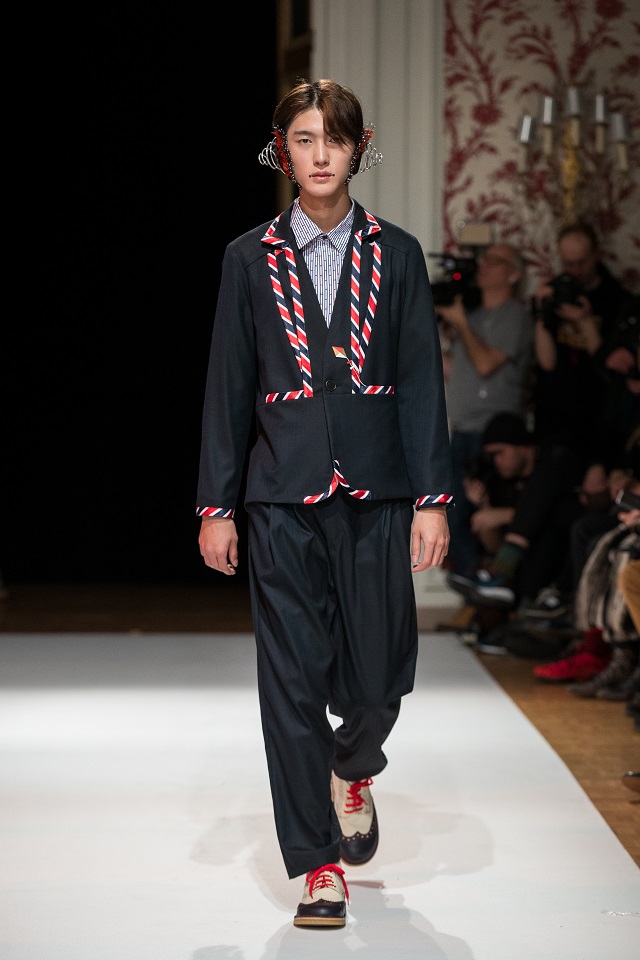 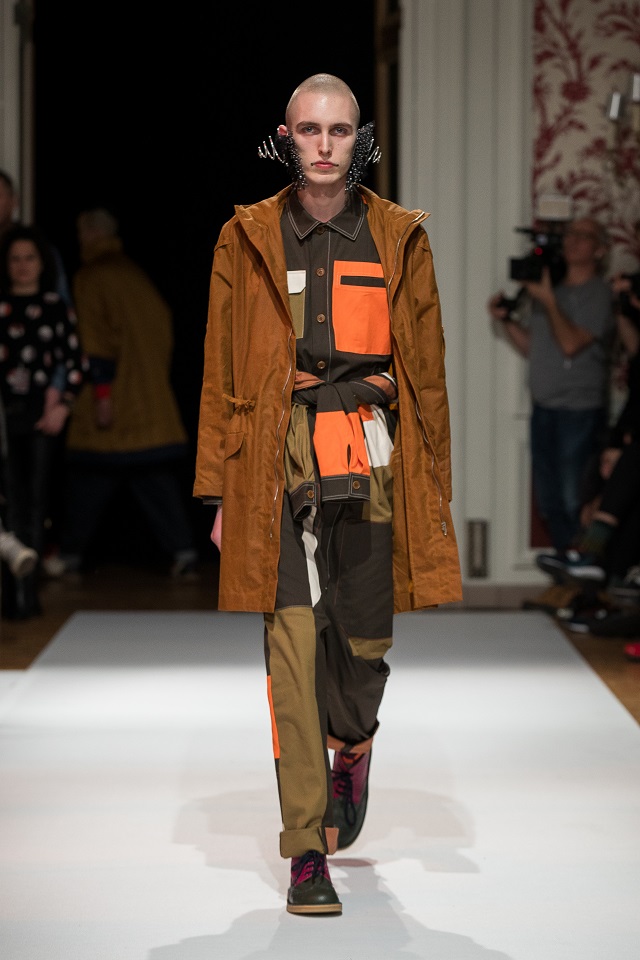 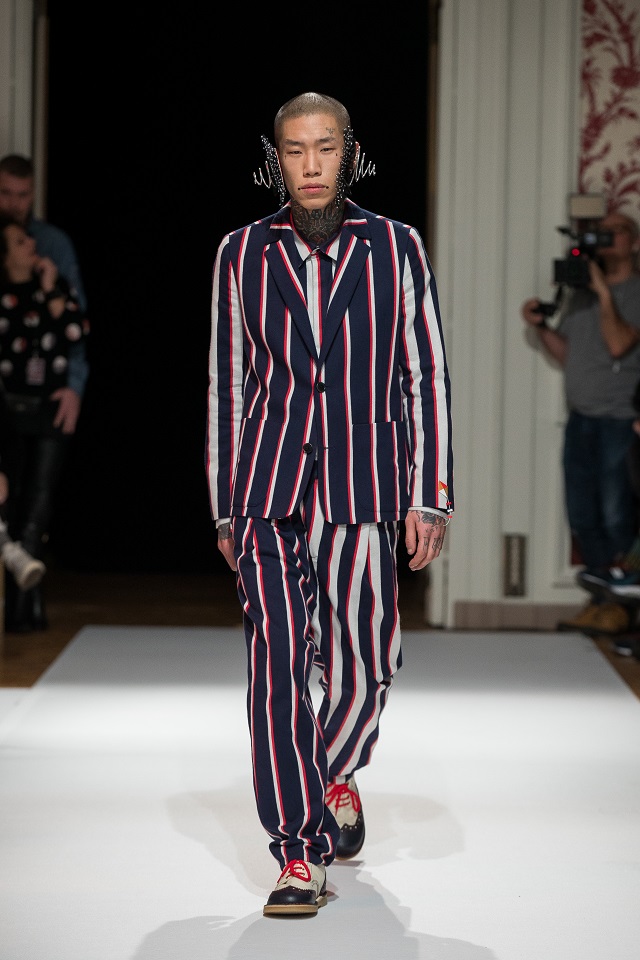 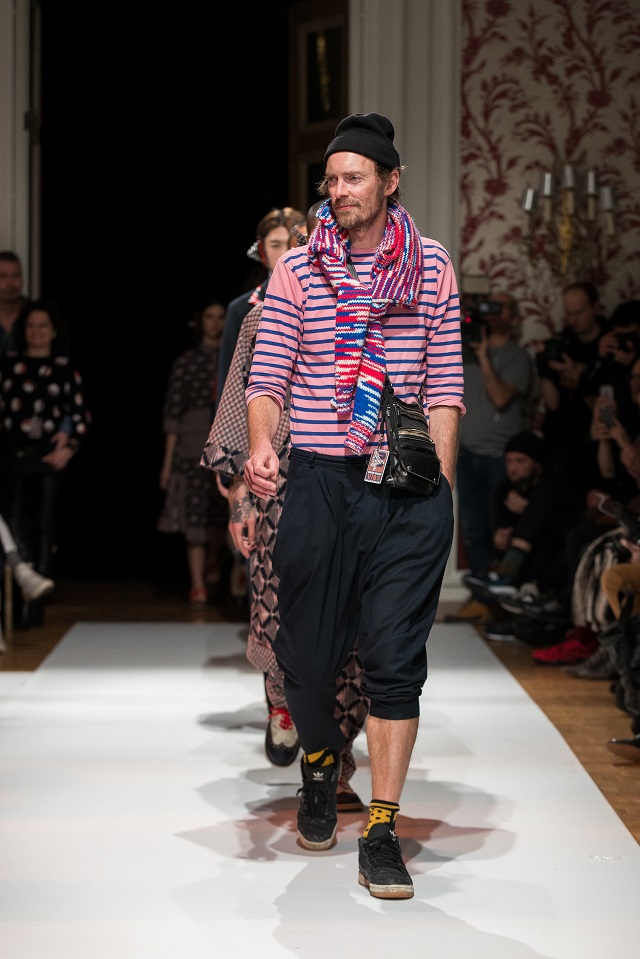 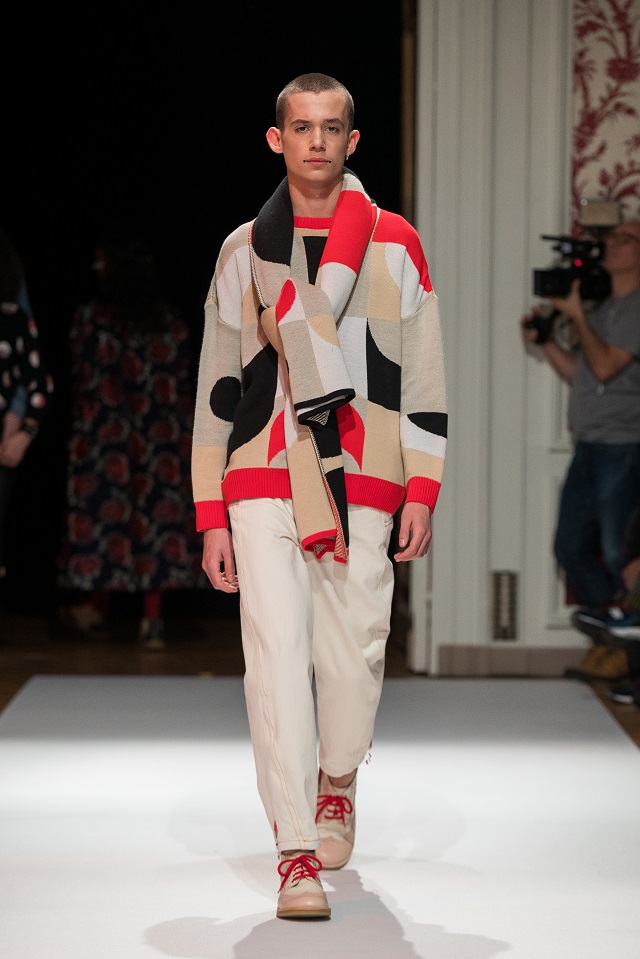 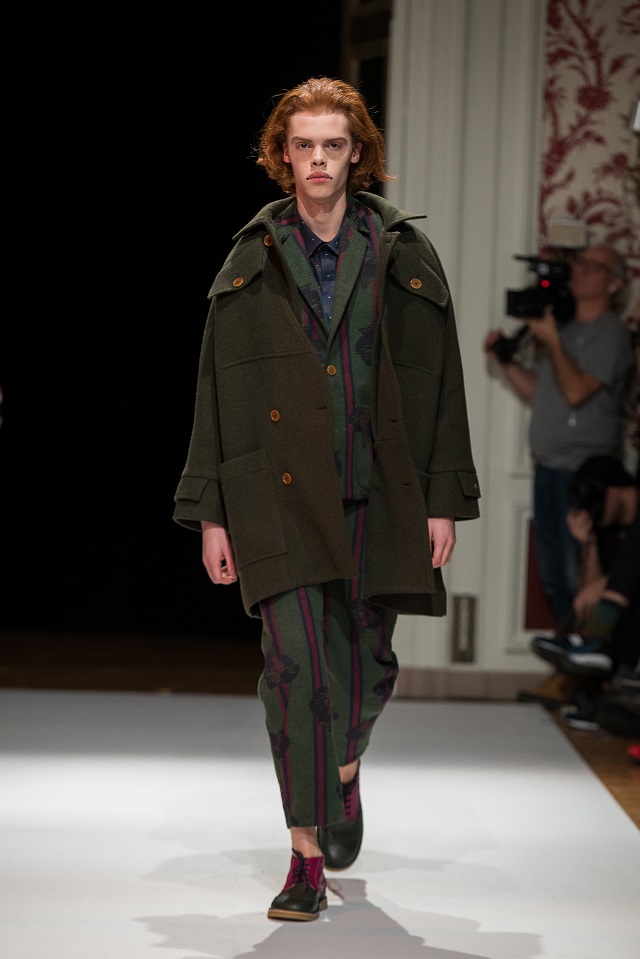 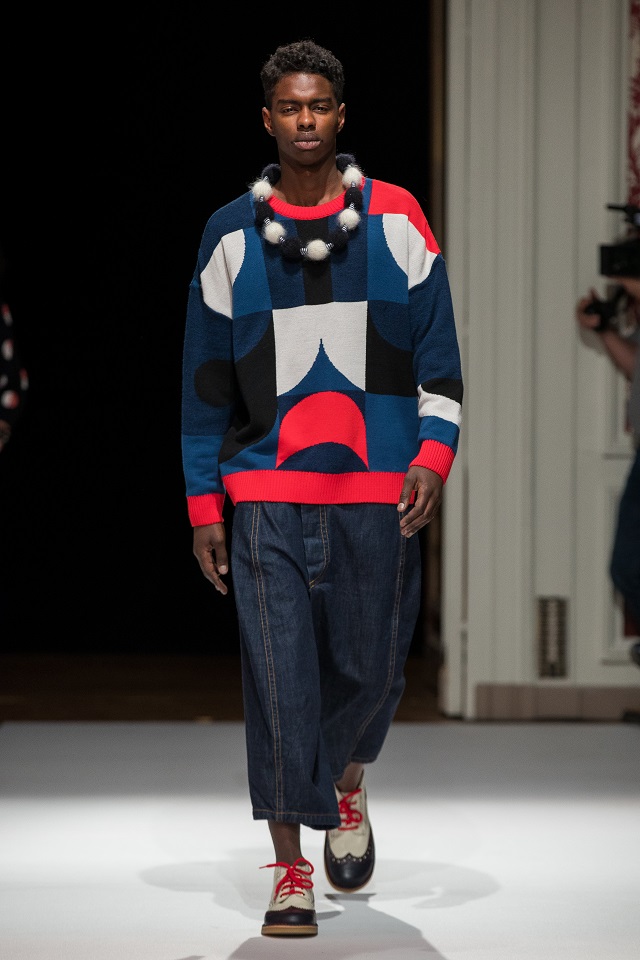 Words by Sandro and photos from Henrik Vibskov.