Masanori Morikawa from Japan is back on the Paris runway this time with a new ‘dadaist’ collection simply called ‘blue’.  And shades of blue it has: Police, Turquoise, Topaz, and hints of Spanish blue are ubiquitous in this interestingly layered deconstruction of styles and fabrics that the designer likes to practice in each new collection, and this time around accentuated by ‘classical tailoring with recomposed silhouettes’ – a veritable rhapsody in blue (with some bold reds for contrasting effect), which according to Japanese legend must indicate all the angst that youth has while living in modern society.

The motive is hidden in the details where quite originally – and as an example of how modern technology has an impact on fashion statements – we can perceive tassels, cords, belts, and shoe laces dangling about as if they are headphone jacks which get lost in the shuffle of an urban street city center cellphone manoeuvre when you are quickly trying to call a friend but when you are prevented from doing so by the doors of the bus or the train suddenly opening.

In this sense Masanori is right on target by quoting that this patchwork of classic-modernist streetwear is meant for young men who like to go by the saying ‘too fast to live too young to die’. And it explains the ‘Police-Topaz blue pretty well in terms of angst and vain cosmopolitan dreams of living in large and nameless cities around the globe. And perhaps so specifically in Japan – which, as lore has it, is rather crowded and full of people.

So wear blue. Not navy or royal blue. But police – turquoise – topaz blue.  Wear different layers while tassels hang from all elements of your urban outfit as if you are some type of cosmopolitan pirate. Hey, and wear a simple blue hat. Hey, and as an accessory add perhaps to wear what is called ‘an amplifier bag’ so that the batteries you carry for all your electronic equipment fit in nicely without disturbing anyone else.

And don’t forget that style-du-jour de l’année 2017 which we see plastered over every runway in Europe today: OVERSIZED sweaters, coats, pants, cuffs, collars, and shirts.  And then finally, of course, don’t forget them BLUE lacquered shoes, for those shoes are soo 2017. Police – Topaz blue. So that in the end you will have arrived at being a real urban Dadaist, protected by the Japanese philosophy of Wabi-Sabi (an old Zen ritual of purity and simplicity in which things handmade and irregularly shaped, with uneven glaze, cracks, or beauty with deliberate imperfection are highly prized) because you are wearing the latest collection Christian Dada. 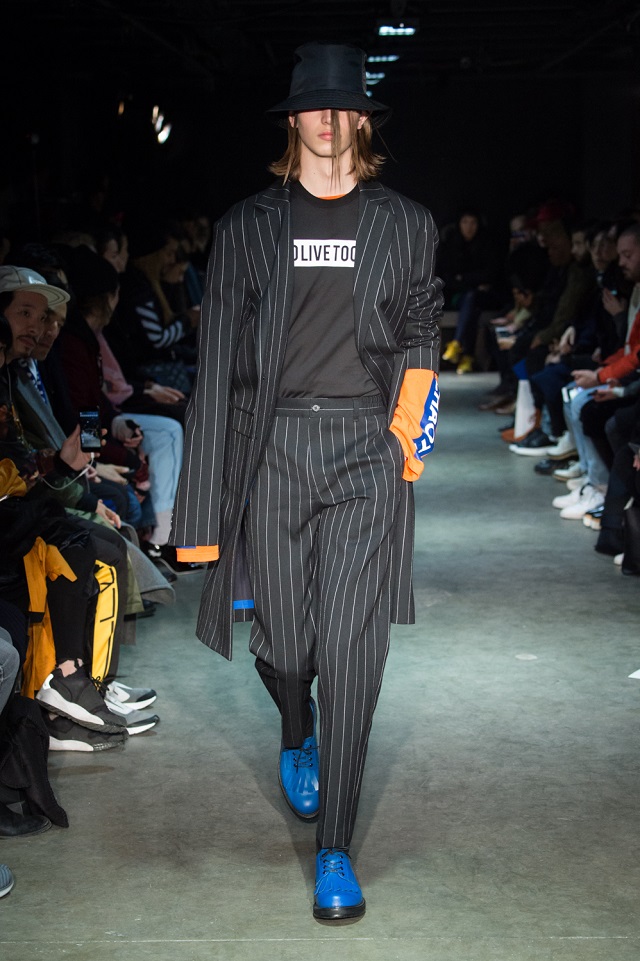 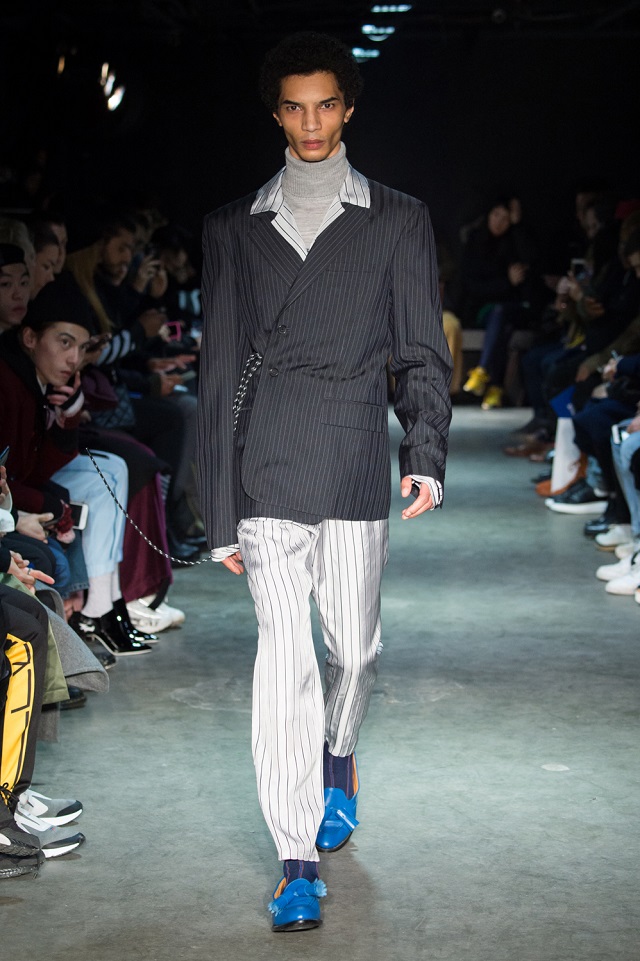 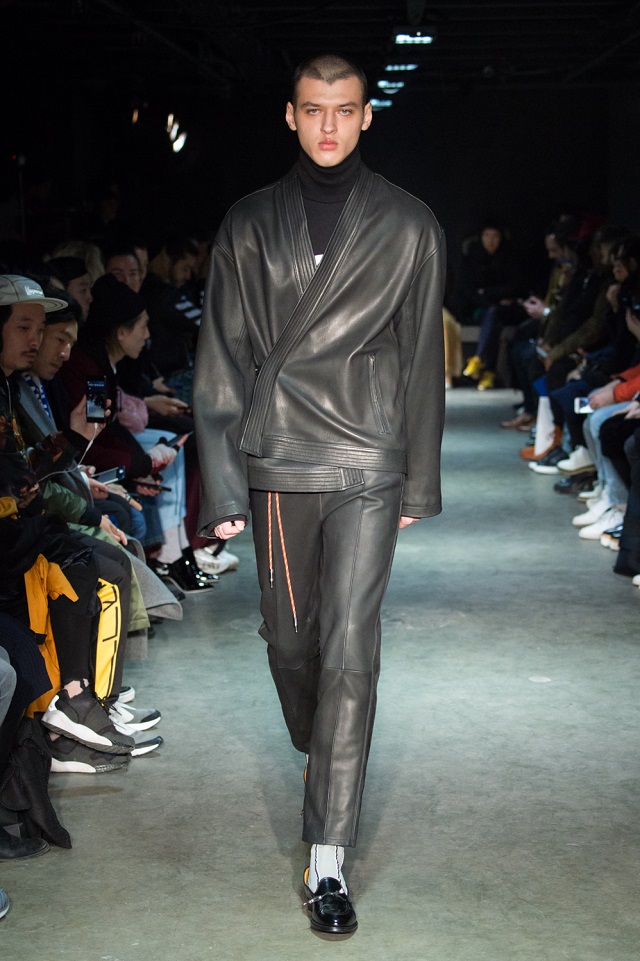 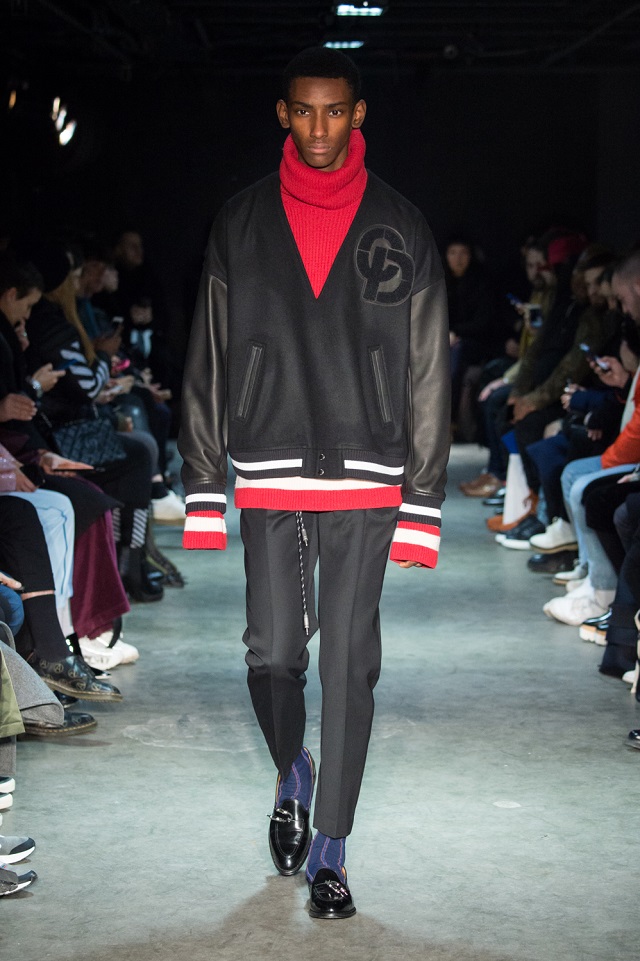 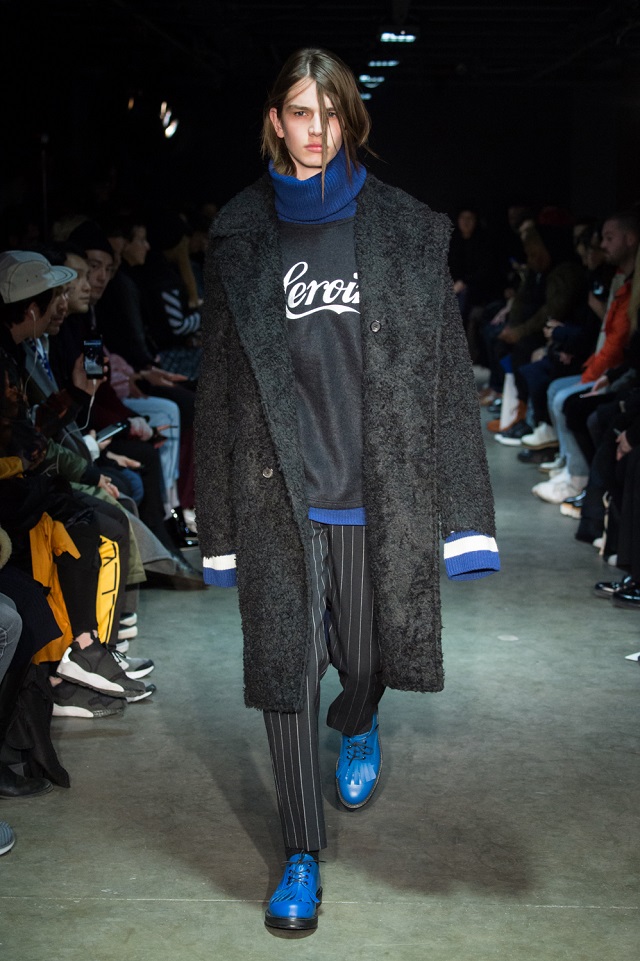 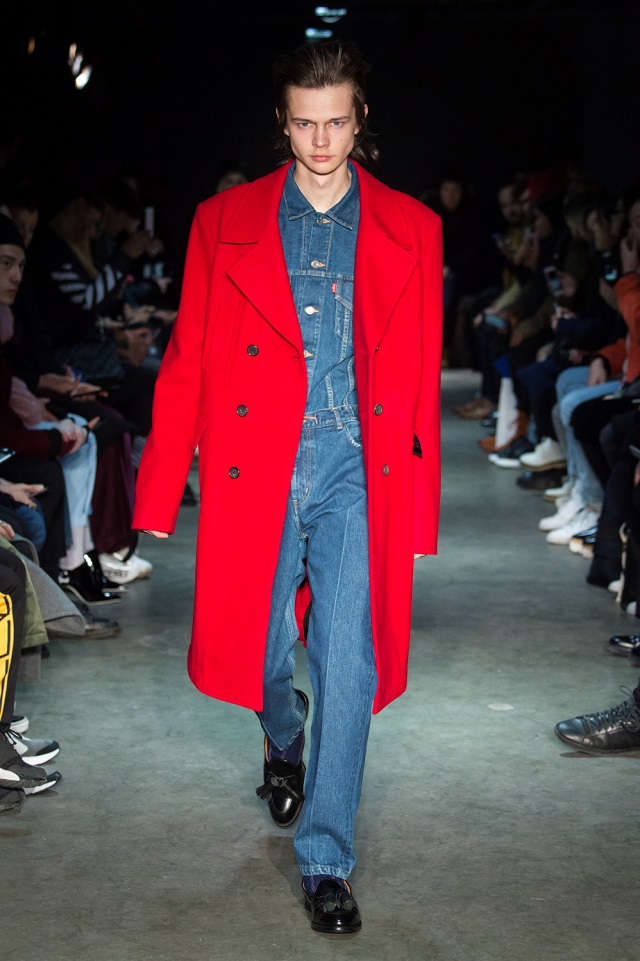 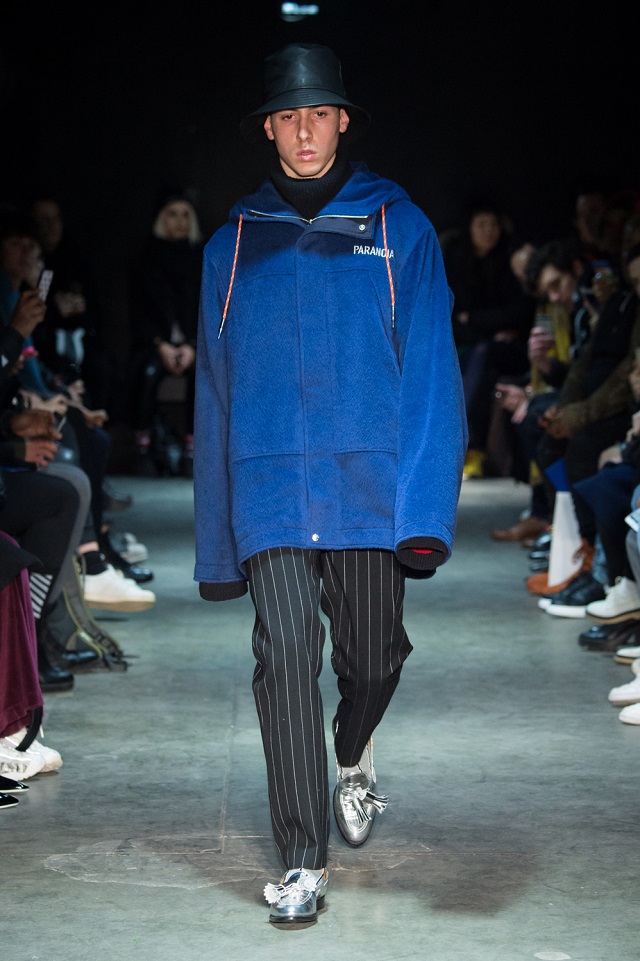 Words by Sandro and photos from Christian Dada.