The date is 1984 but the setting is the far or the near Sci-Fi future in which all people are plugged into a digital matrix that eventually will lead to what is called a technological ‘singularity’. Not so far off perhaps according some like Elon Musk and others who believe that AI – artificial intelligence – will take over to the point that there will be no escape from such a dystopia and  the human free will and agent will be entirely replaced by a technological paradigm for the ages. This is the setting of the Julius collection AW 17 and probably also the real vision of the future of designer Tatsuro Horikawa from Japan, and we have to say that the cast of characters created by his extraordinary post-urban if not apocalyptic street style designs is one to savor and cherish, if not from a viewpoint of style, then surely from a perspective of grand design and sartorial art where lifeless automatons once called humans roam freely in a cyberspace digital super portal with no direction home.

Oh well, but that still does not explain the 1984 reference but for that if you must know that it was precisely the year in which George Orwell’s famous dystopia was playing out (written many years earlier of course), that a grand classic Sci-Fi novel was written upon which many a future movie or book in the genre was going to be based. It’s called the Neuromancer by William Gibson published in, you got it, 1984, which is about a hacker (sound familiar) in a far dystopian future who can no longer get back into cyberspace as he has been punished by a corporation who take away his access to cyberspace by poisoning his neurological system necessary to plug in. The rest of the story is best left up to the digital cyber creatures crawling on the Julius runway.  Sartorial marvels and gems all at best, no more human at worst. 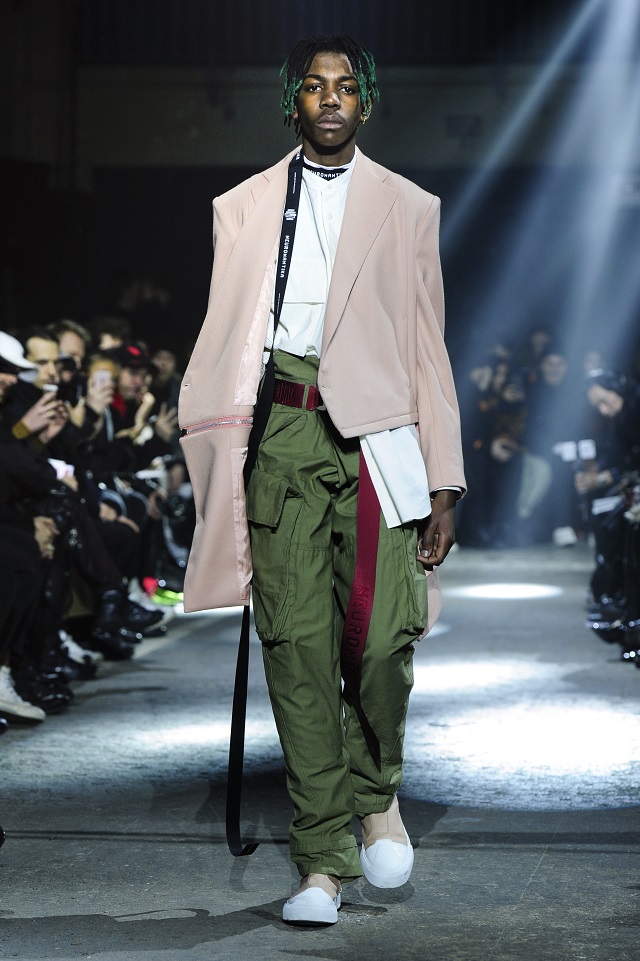 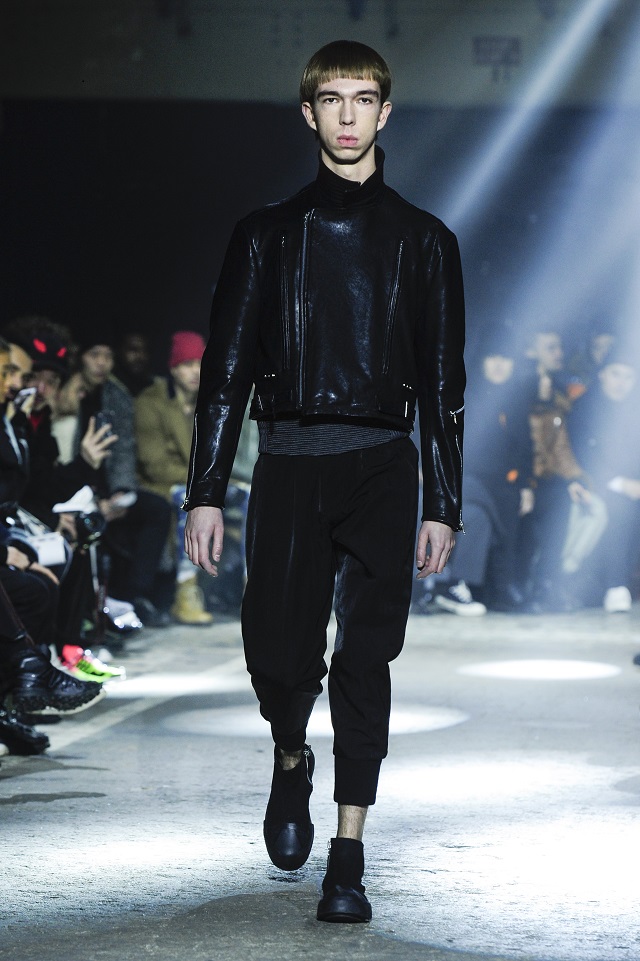 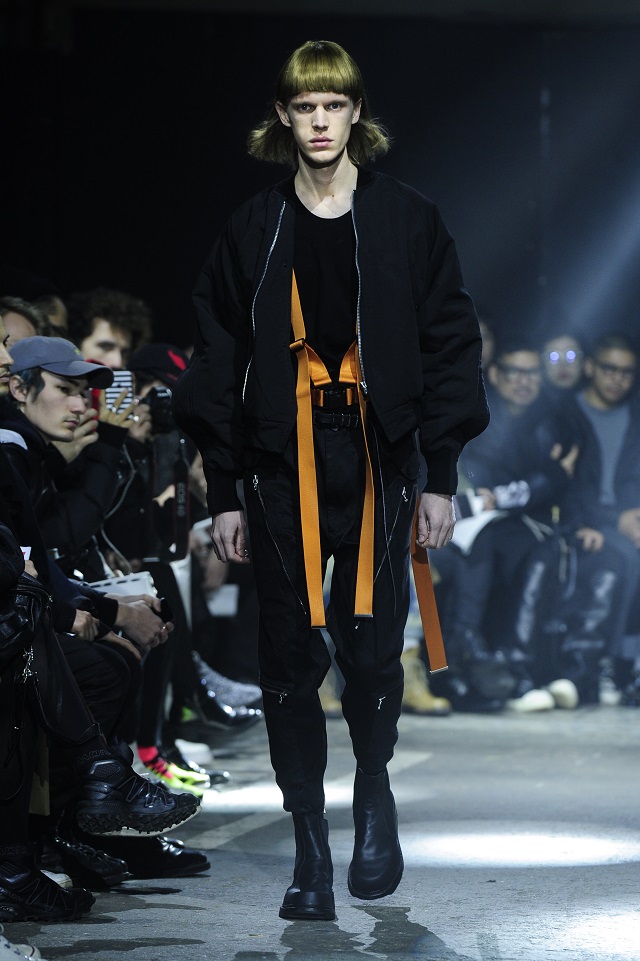 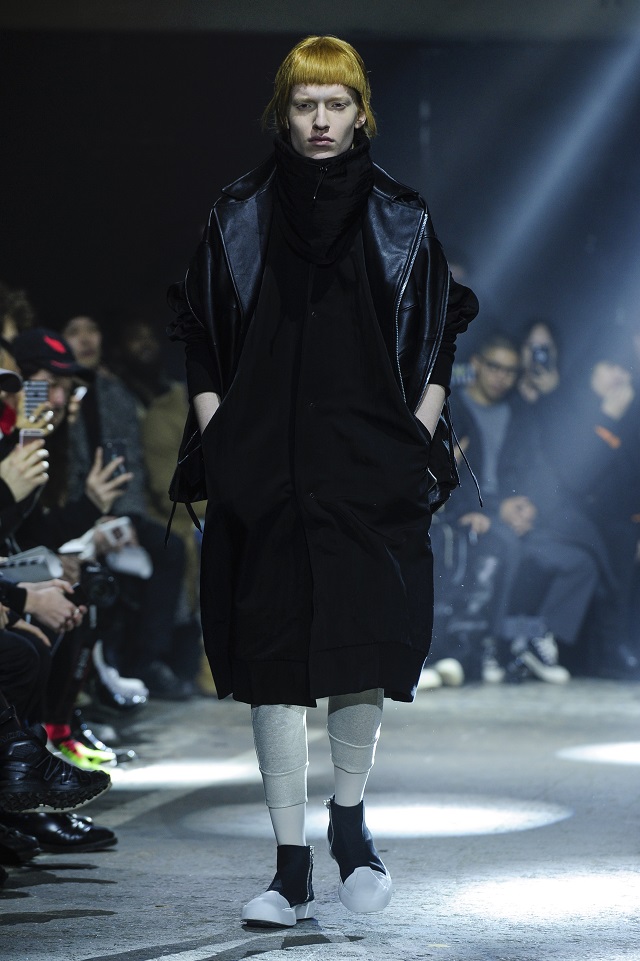 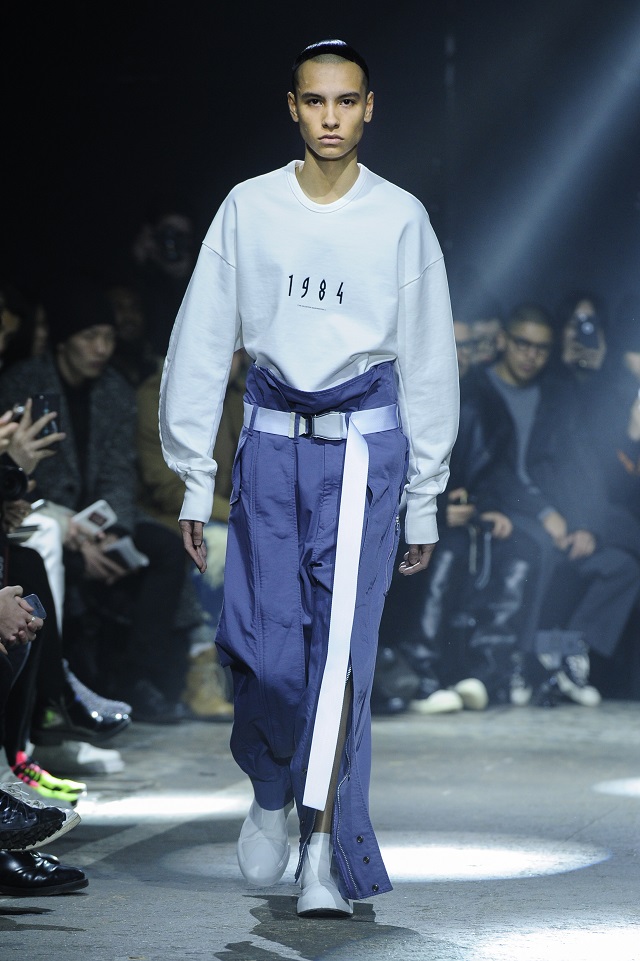 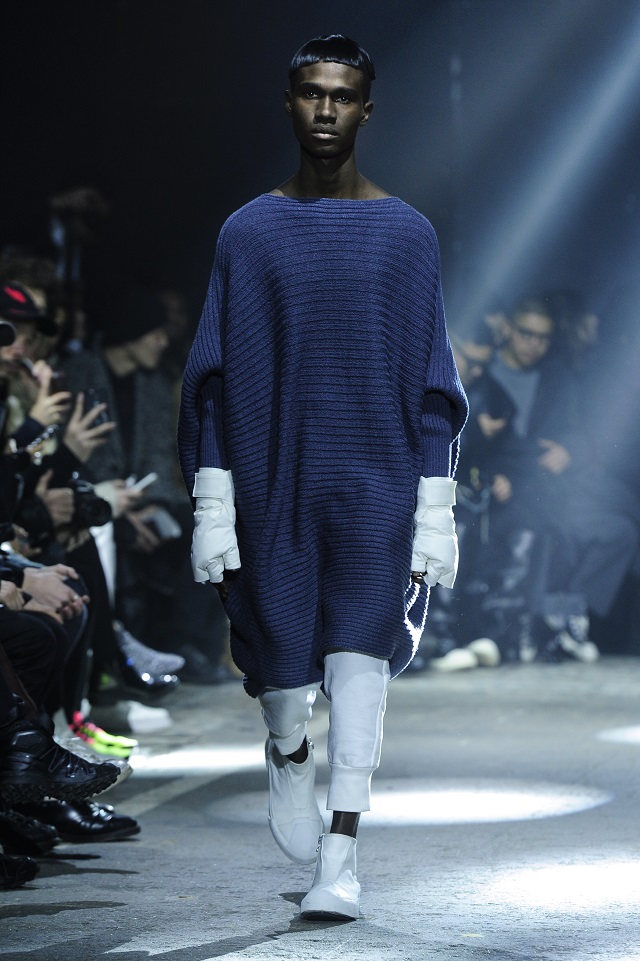 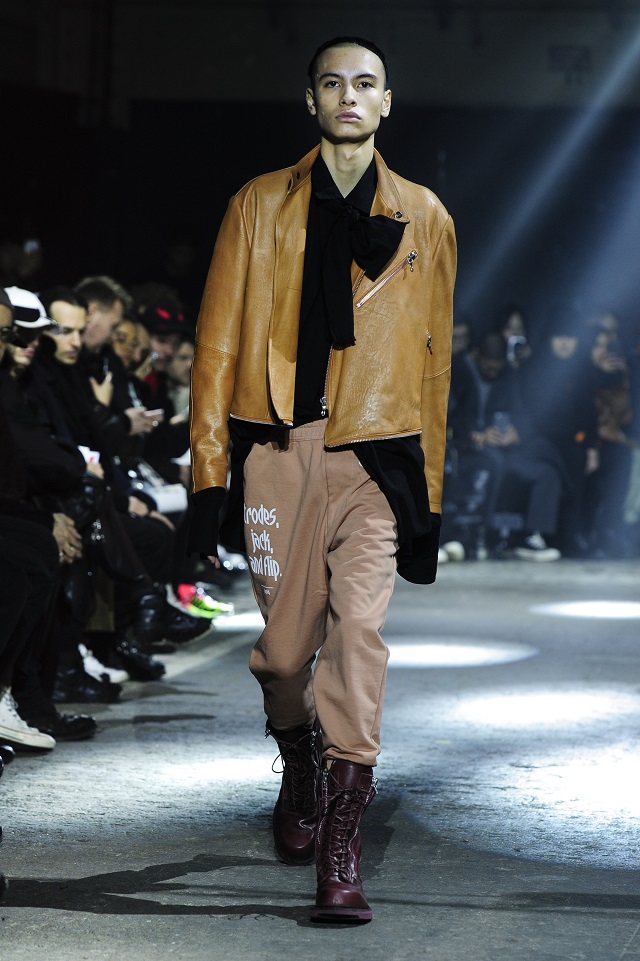 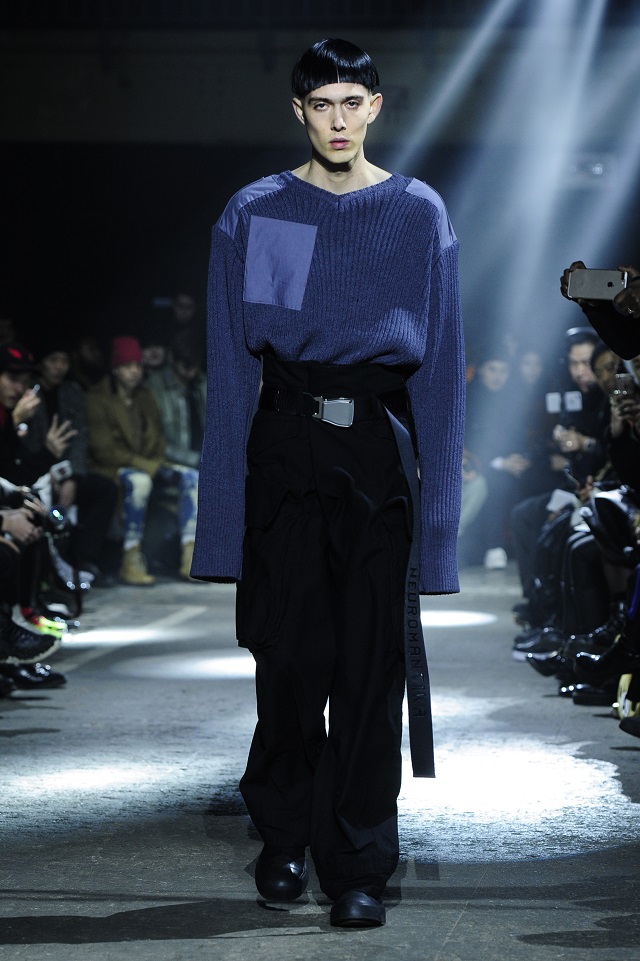 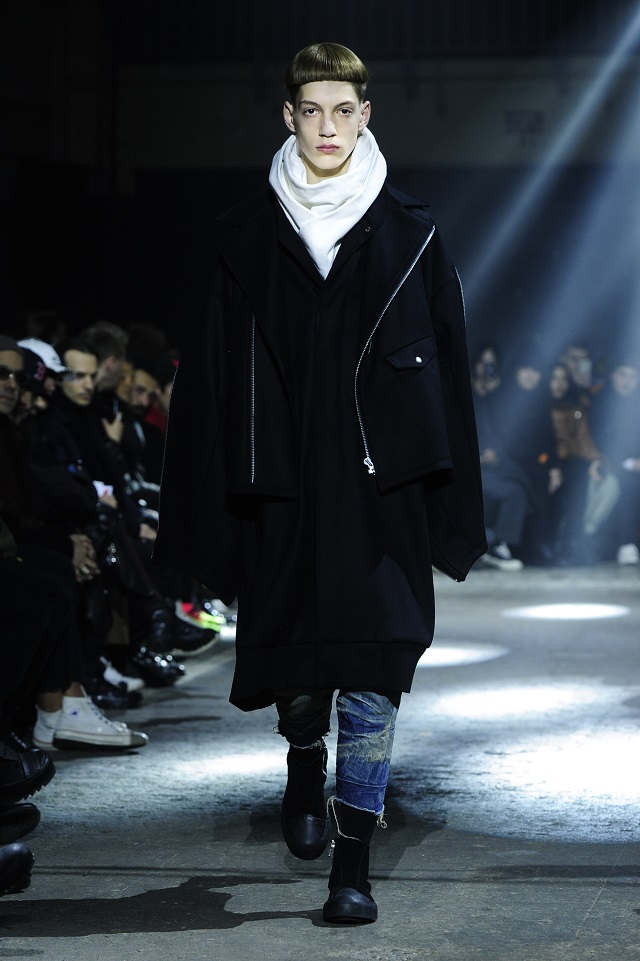 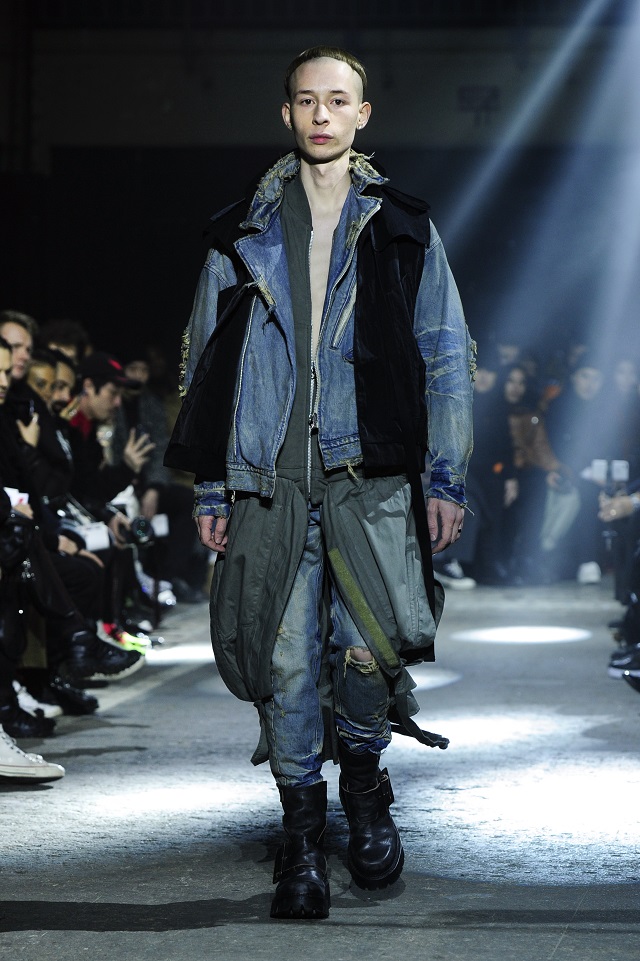 Words by Sandro and photos from Julius.