With an original mix of cultures, which varies from the British style to the Zanzibari, the Spanish designer Lucas Balboa presents a collection full of style and elegance, perfect for dressing the modern gentleman.

The philosophy of the Brand is based in the cultural shock that took place when the British forces took part of the colony of Tanzania, which leads to a combination of classic semi slim fit jacket and vest with Arabian inspired accessories, such as light bishts (men’s cloaks) and white agals (traditional hats).

Apart from the straight cut, the designer has decided to include for the first time in his career masculine shorts and Bloomberg trousers, along with the almost-forgotten summer trench and dust-coat, which combine perfectly for cooler environments.

Colors are based in a spectrum typical from the culture and character of the location, like sand, ocher, earth, cobalt, blue and marsala, believed to be the color of the season. These shades are present in light but smart fabrics, such as cotton, linen, terylene, bird’s eye, silk and mohair.

The final touch is added with the British dandy accessories like scarfs, handkerchiefs, pocket watches and leather backpacks and shoes that come with some 1940’s inspiration.

It is, without any doubt, a collection that would set up a before and after in the career of this promising designer, and certainly one of our favorite for next season. 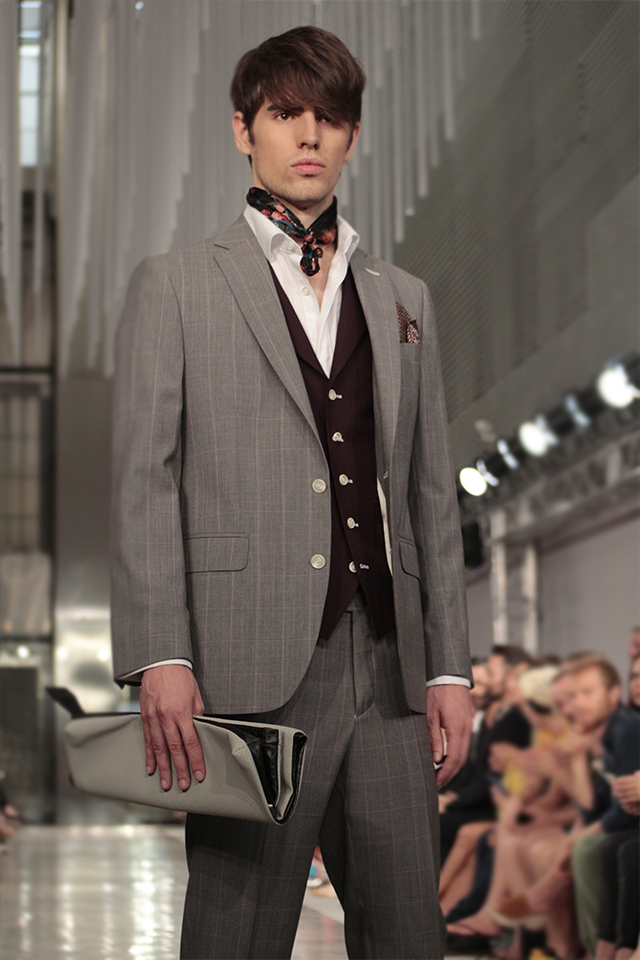 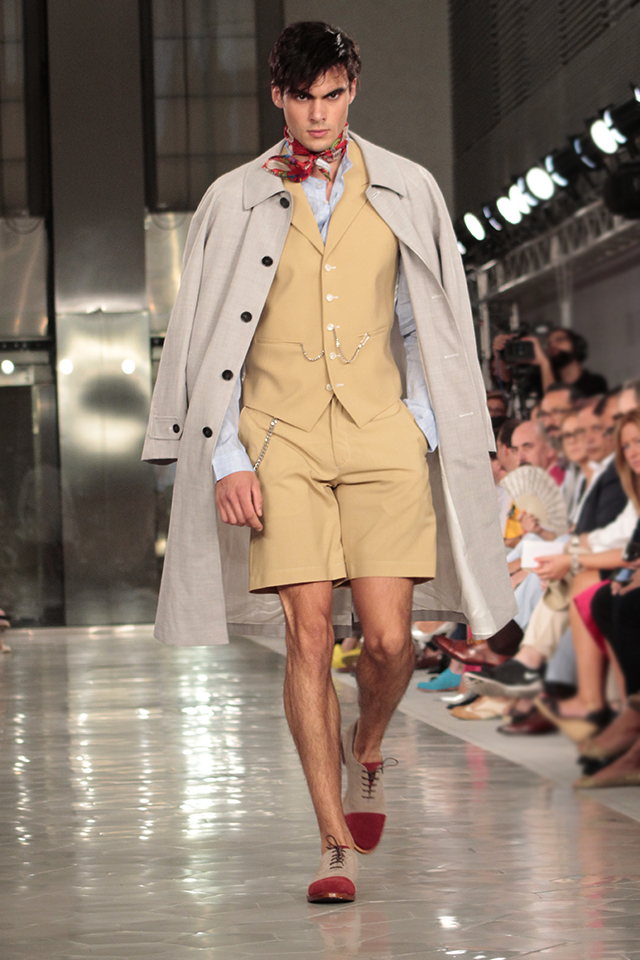 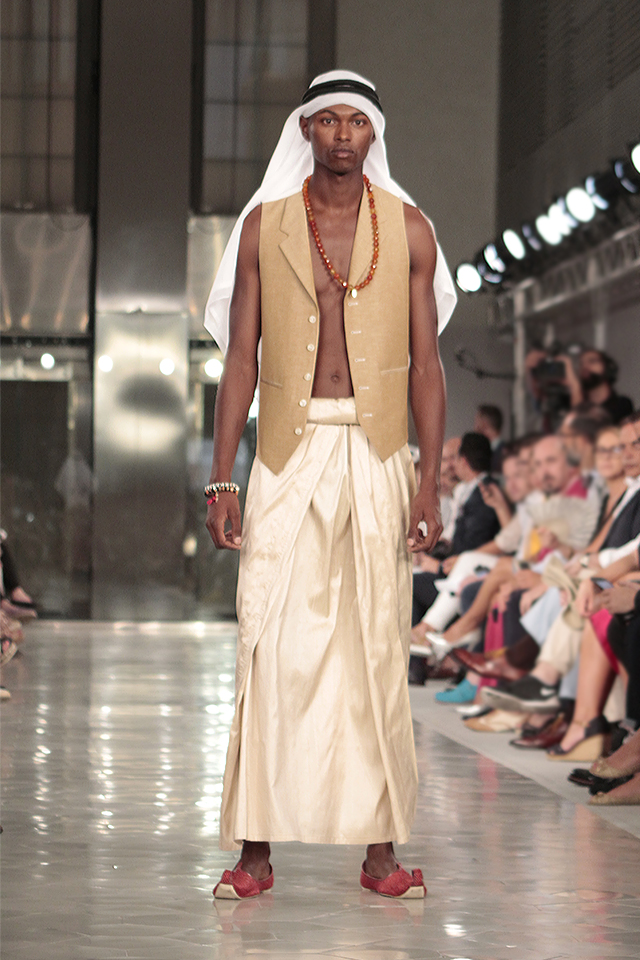 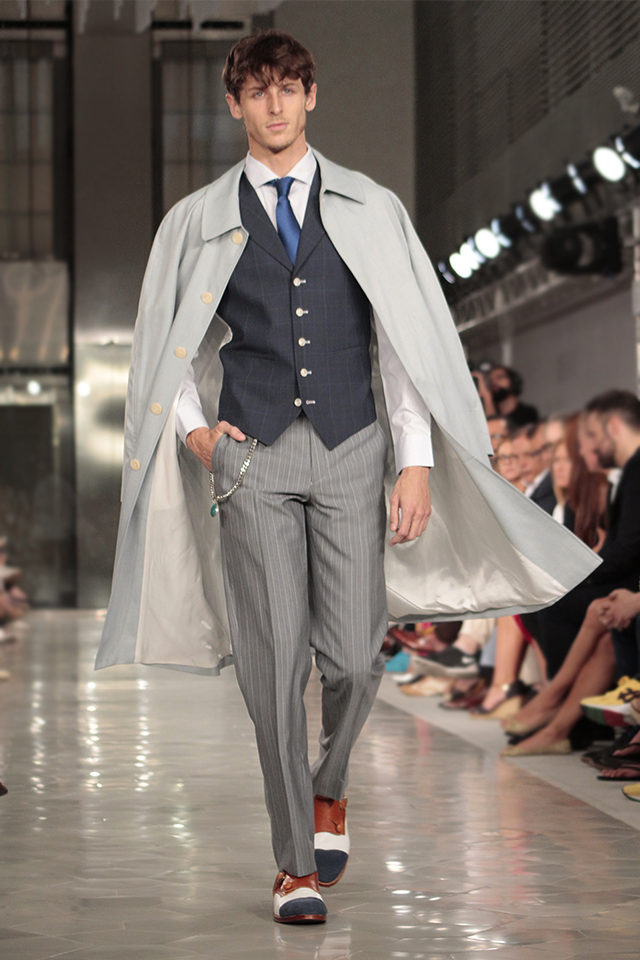 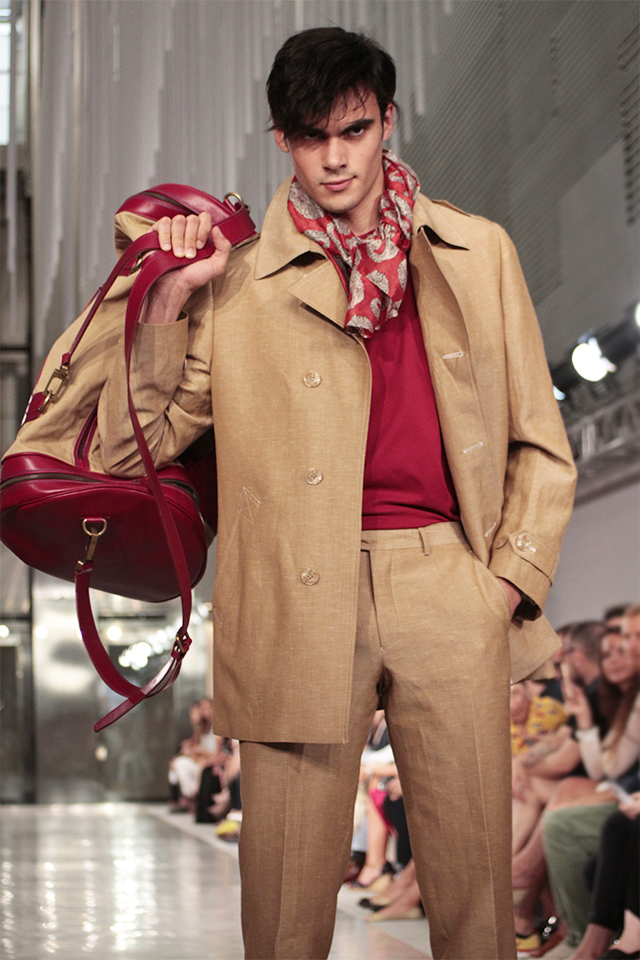 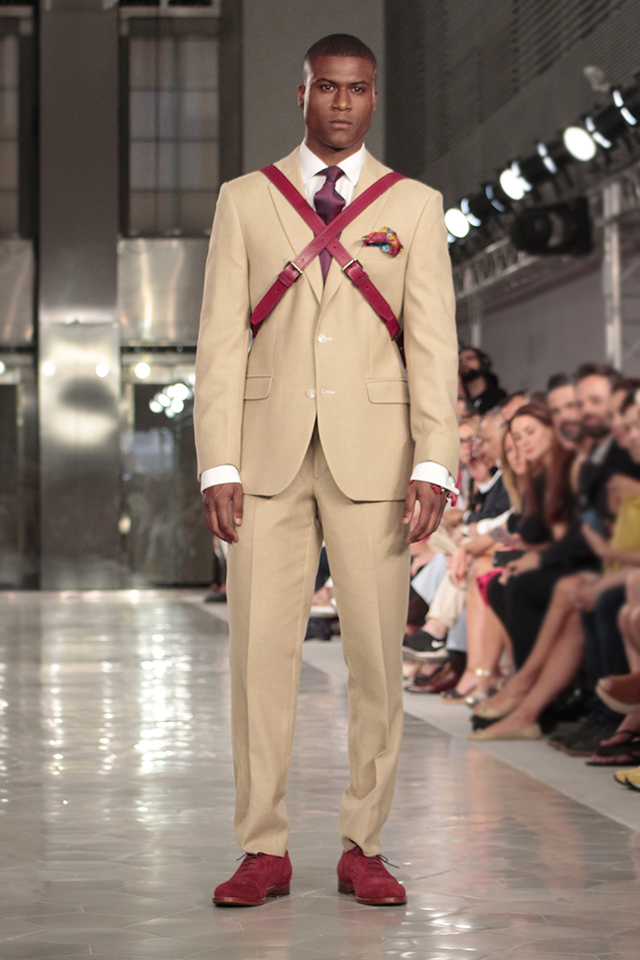 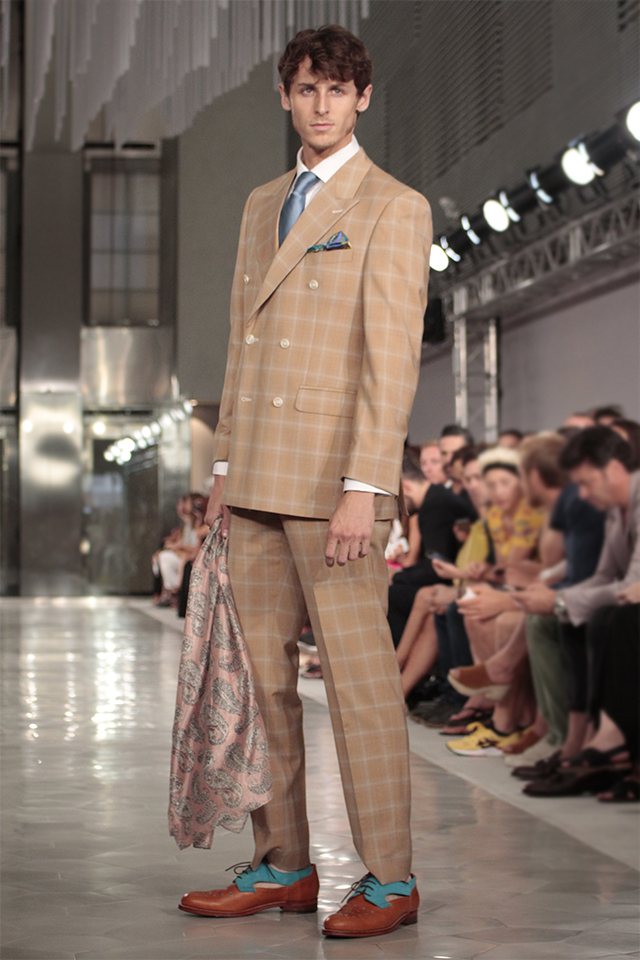 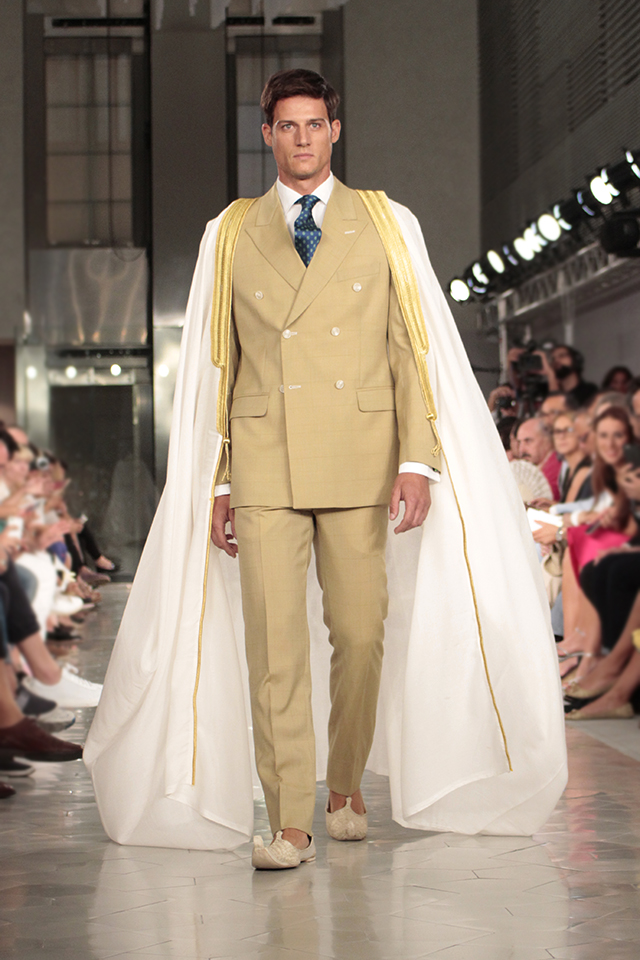 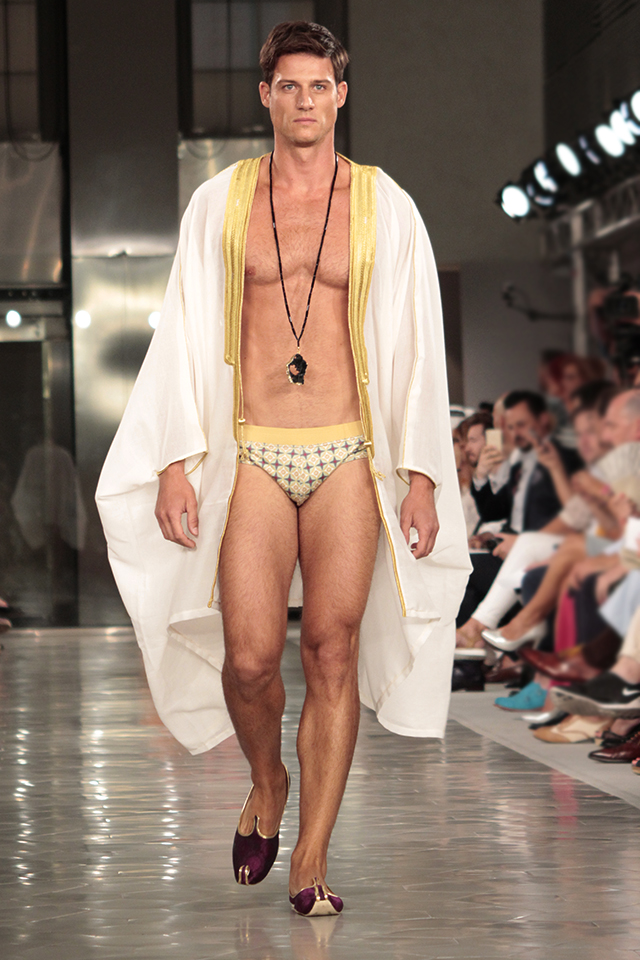 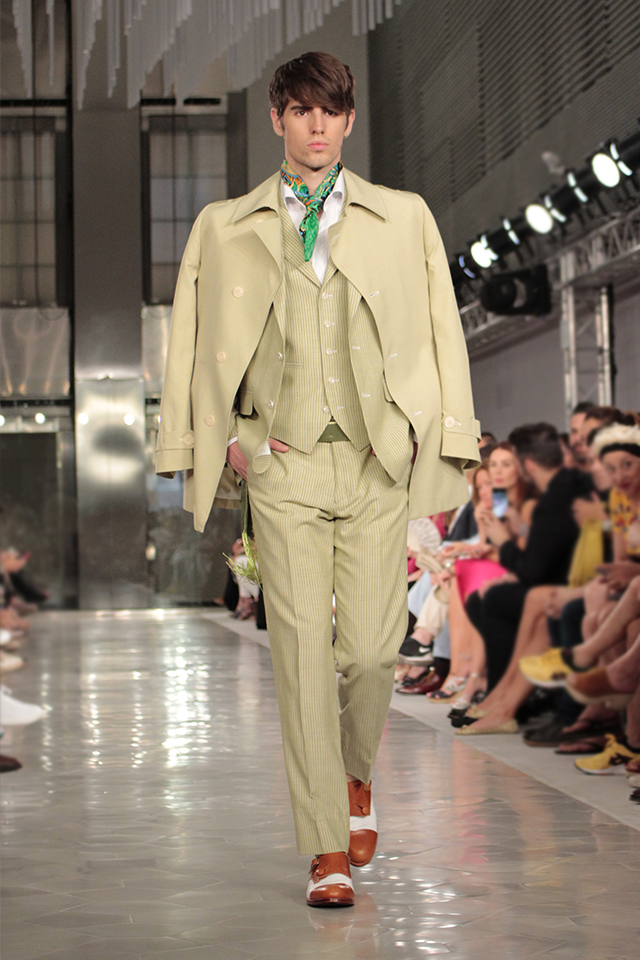 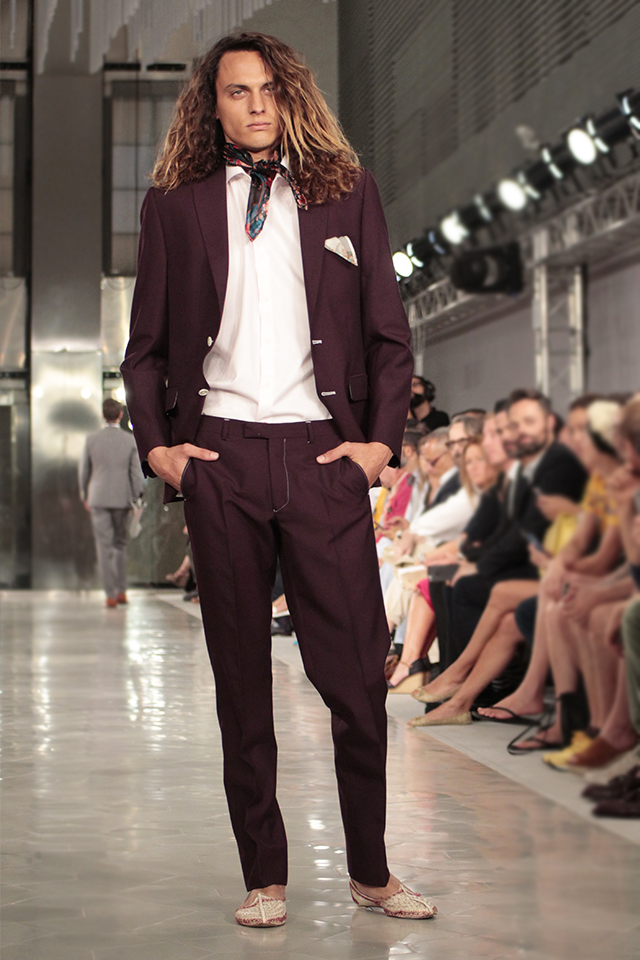 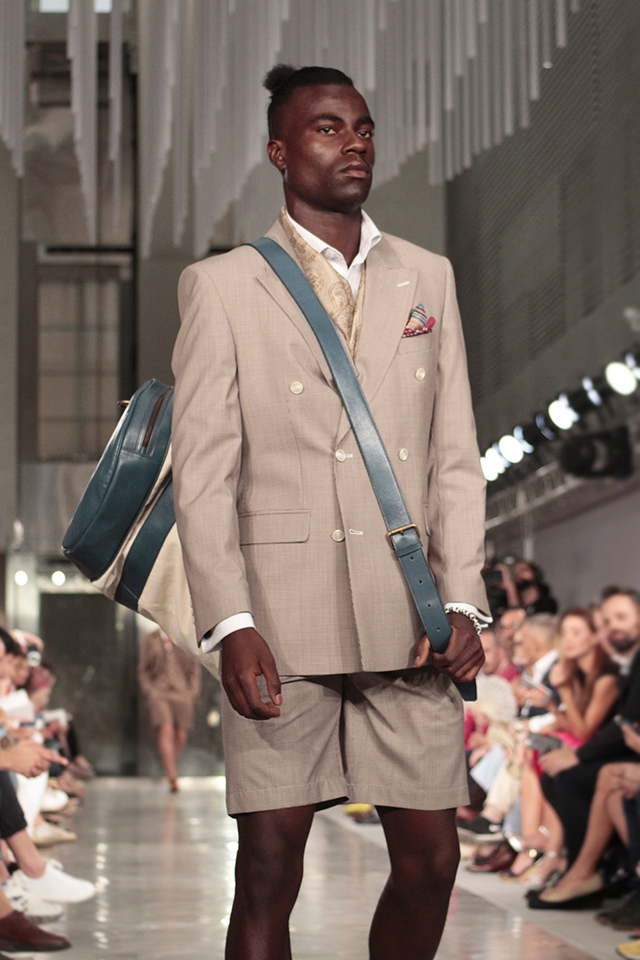 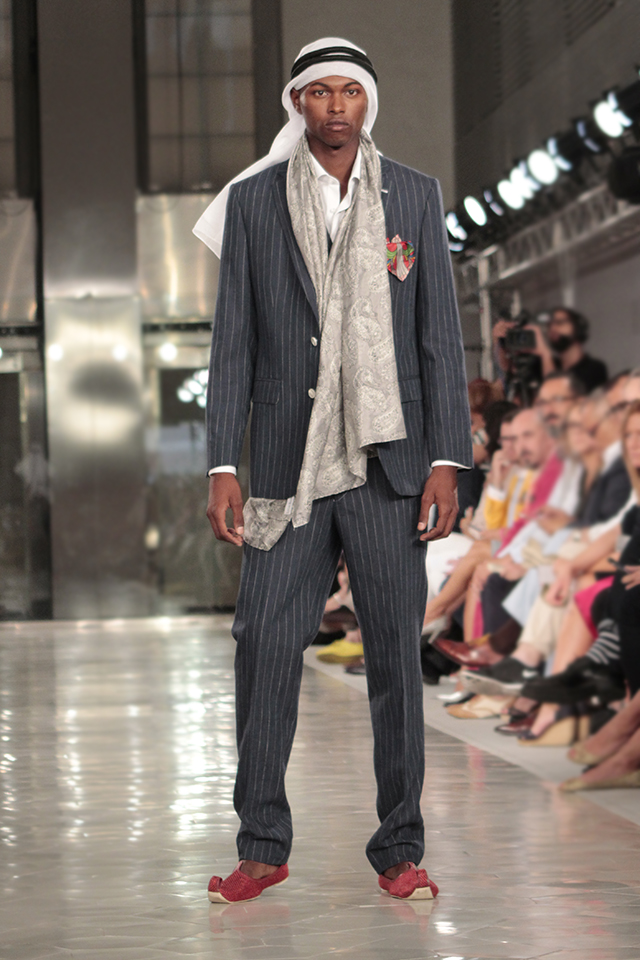 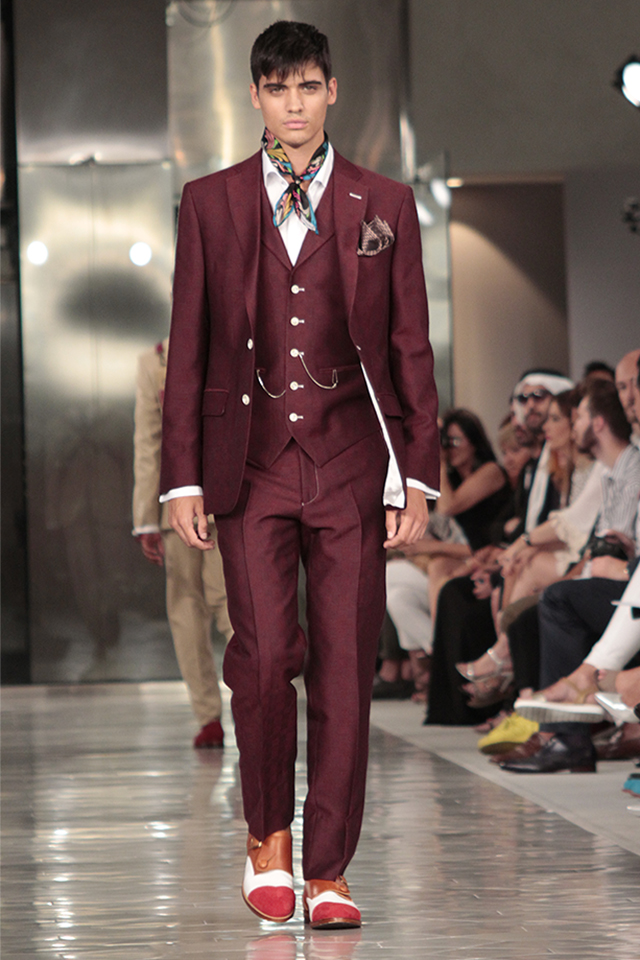