Additionally, there is always a feature on the traditional Thai silk. This season, the Thai silk presentation was actually two parts: designs by Kamlangjai and by Sacict. Kamlangjai is a design group where female prison inmates are taught to sew and design and they themselves have created the garments. The second part was by Sacict and the museum shop of the Grand Palace in Bangkok, which featured the Princess of Thailand walking the runway in a traditional Thai silk gown, among many other silk designs—two of which were for men.

The first designer, Tanyapat Srivisakorn showed his Pattric Boyle menswear collection. Having seen some of his designs last season, I was excited to see what he would come up with. The result was “Once Upon a Time in Mexico”, a collection of whimsical and playful t-shirts, shorts, pants and even suits patterned with typical and cultural references such as chili peppers, cactus, and my personal favorite, Dia de los Muertos, or Day of the Day references. The Pattric Boyle collection is perfect for a young male, perhaps college age, looking for a casual, eye-catching way to stand out in a crowd. 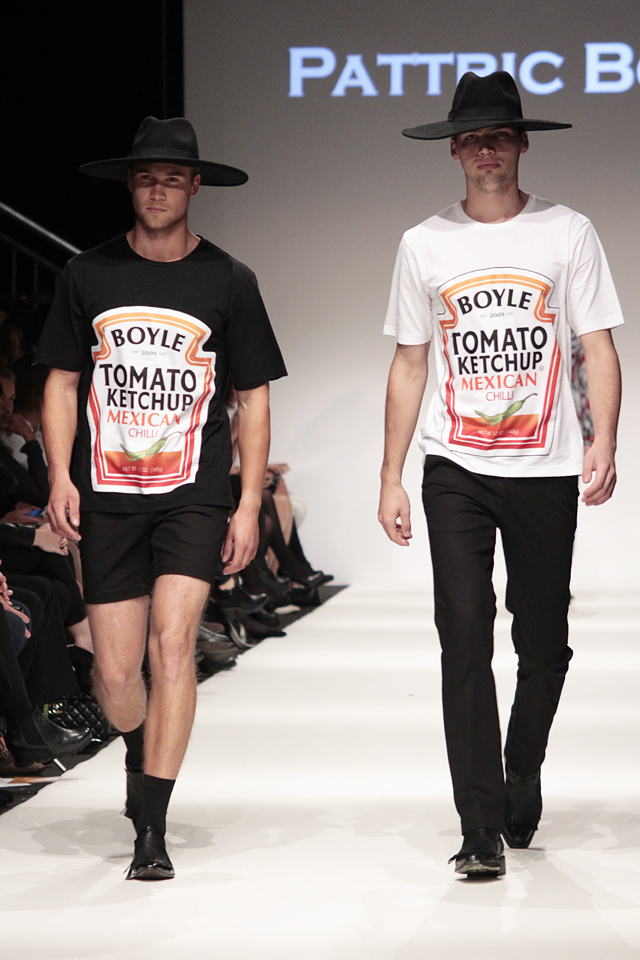 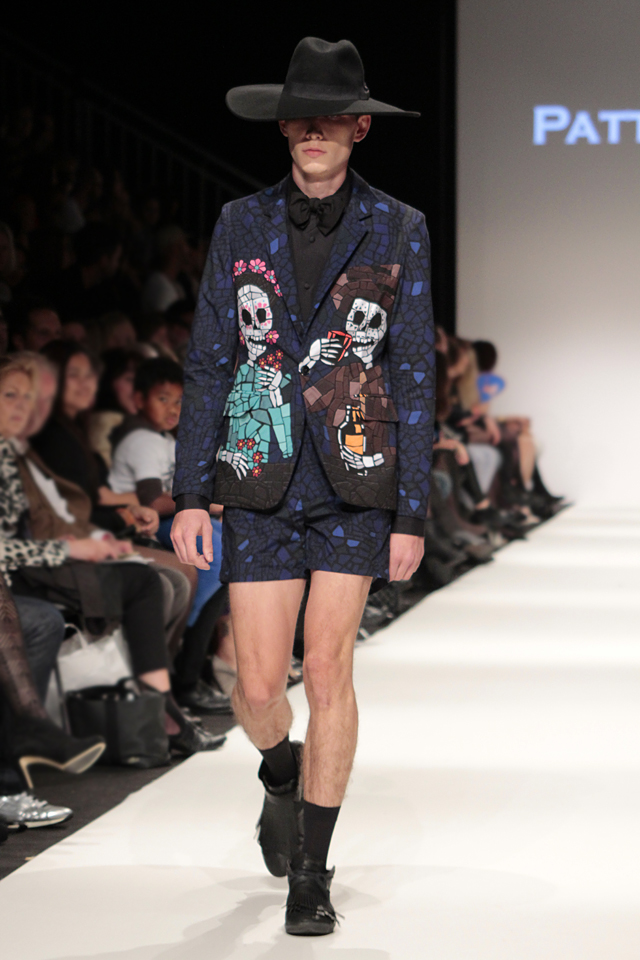 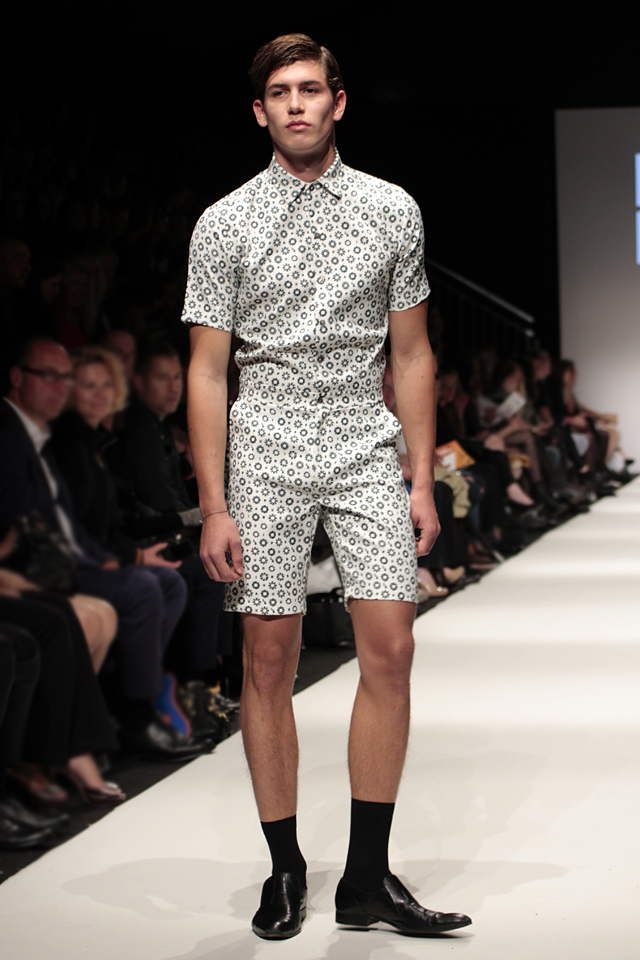 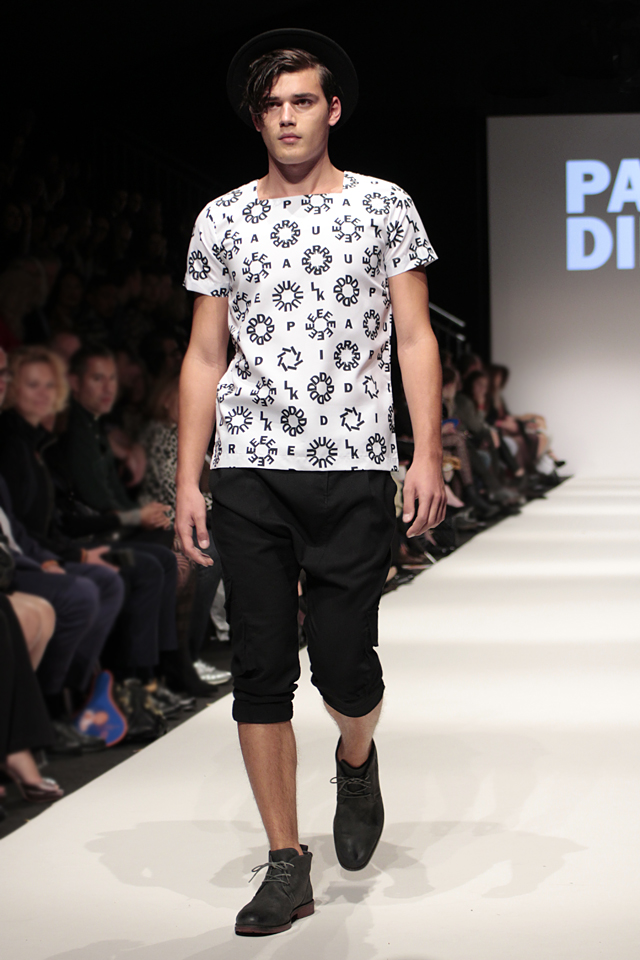 Krungthep Direkmahamongkok showed his Paul Direk collection, geared towards what he considers “high street men”—urban streetwear for the young and fashionable. His menswear looks were few but featured black and white patterened shirts and shorts, adorned with his logo, topped with bowler hats. 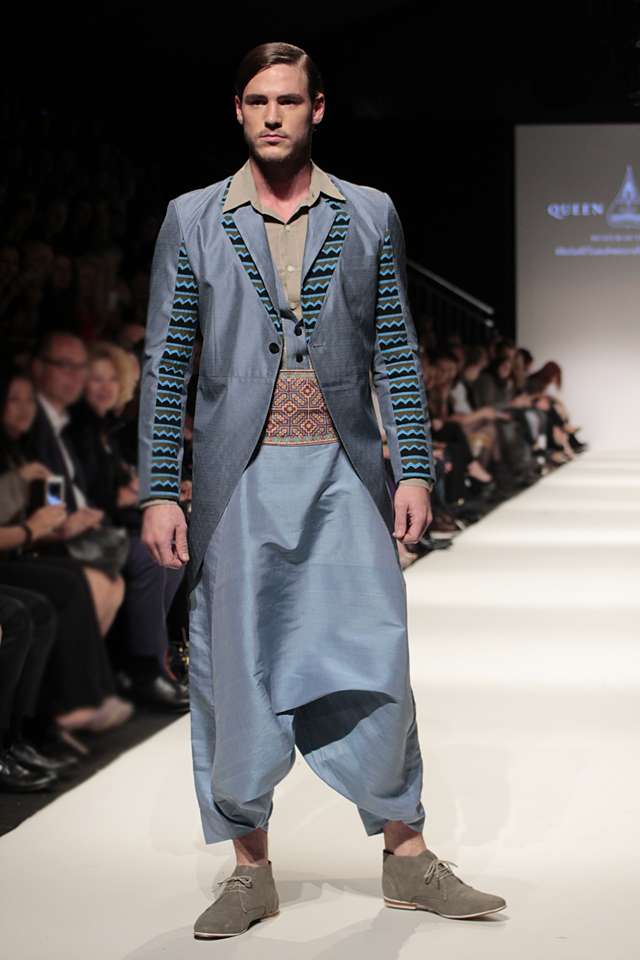 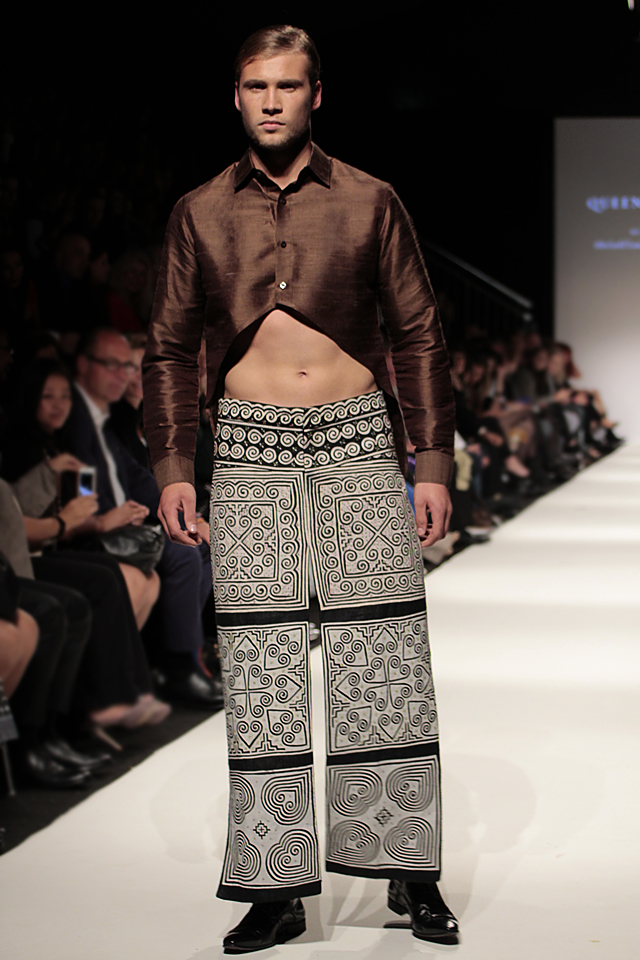 Finally, the two silk looks for men from Sacict  were definitely different, but it’s always special to see something that is created from a deep cultural back ground into the Thai culture. The colors of pale blue and beige/brown were soft and welcoming.

Posted by Lori Zaino and photos by Paloma Canseco.