“Form follows function — that has been misunderstood. Form and function should be one, joined in a spiritual union.”

The collection clearly joins form and function together, being modern and architecturally stylish while still being wearable and comfortable. I think the idea of comparing clothes to architecture works–really, the concept of fashion, making something that aesthetically works and is pleasing to the eye yet fulfills the function of safety and comfort is quite similar to that of architecture, as one aims for the same goals when creating a building.

The SS15 collection was muted and sleek, and made for  New York man. There wasn’t outlandish fabrics or new age designs, rather sophisticated, well tailored clothes for men. The fabrics were soft and casual, yet had that edge that every New York man needs to look rather dandy in the snap of a second. The line had trendy styles such as the every-present round sunglasses that will continue into spring and tailored short suits, that are still going strong through the seasons. 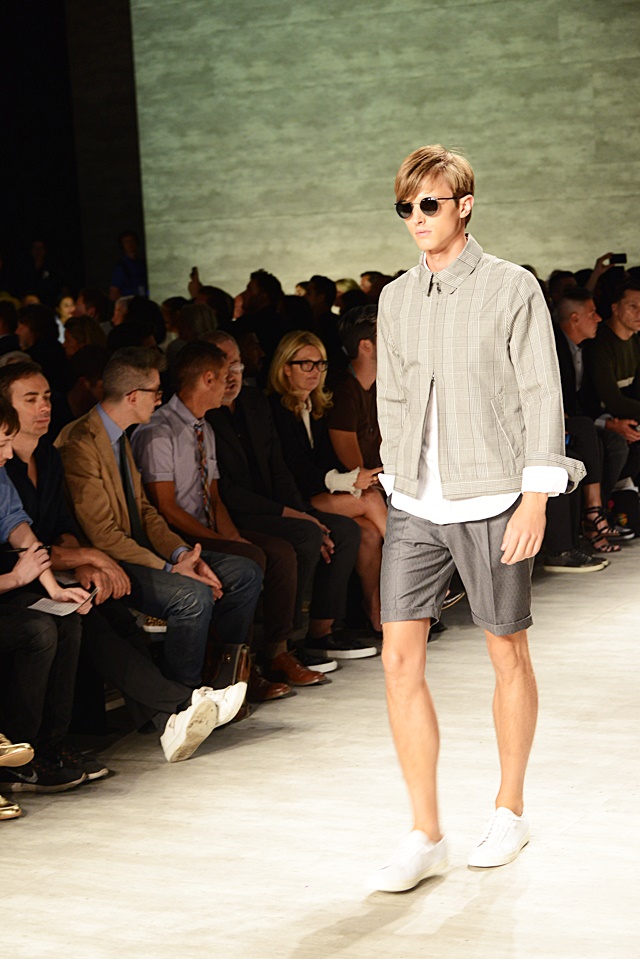 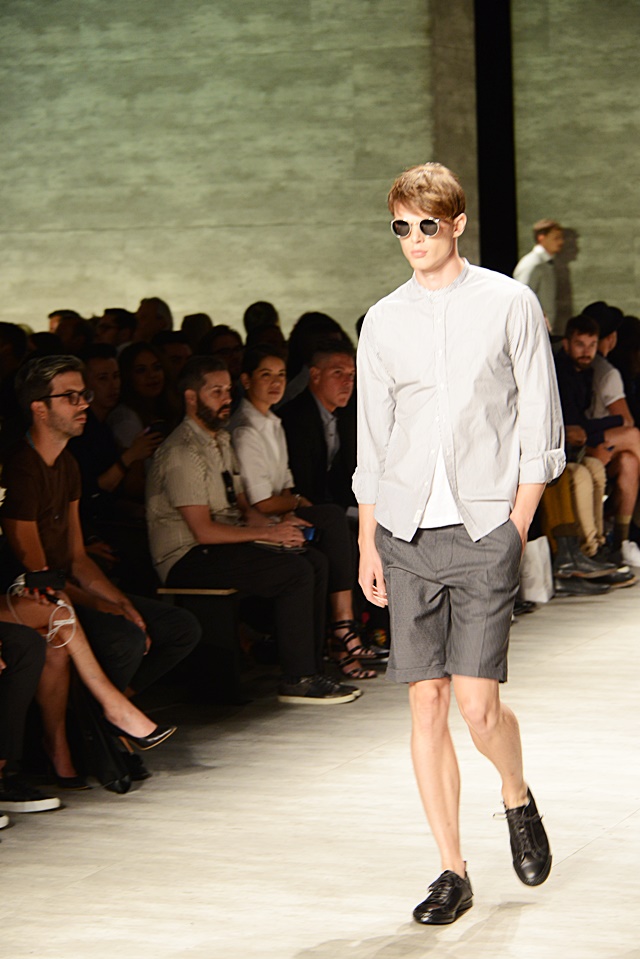 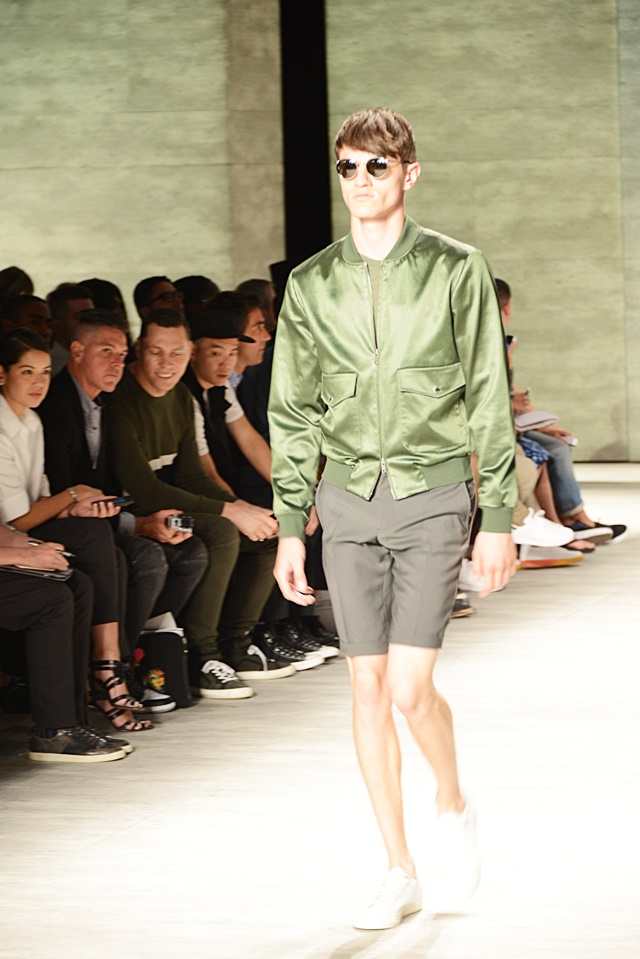 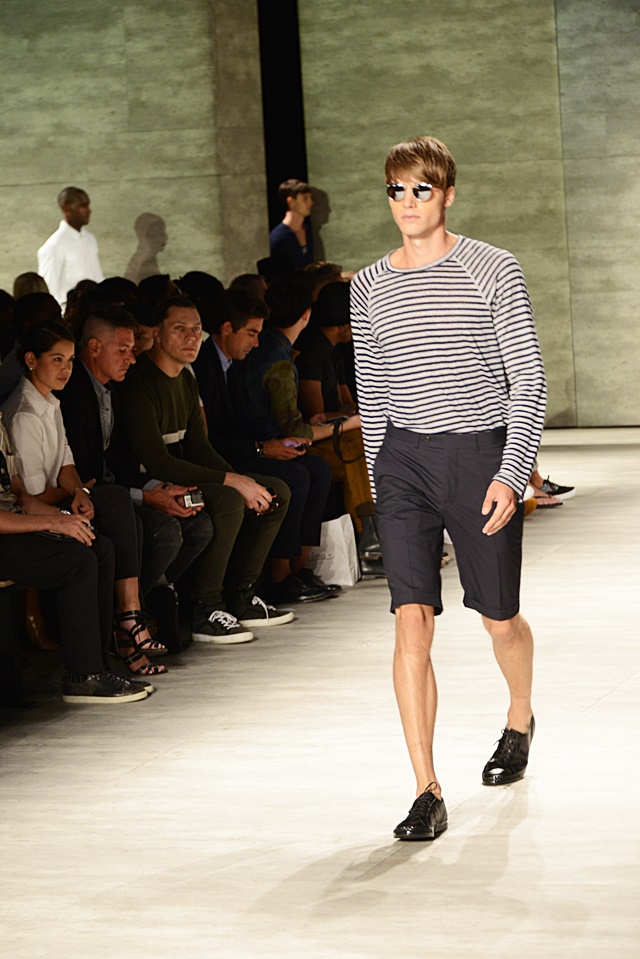 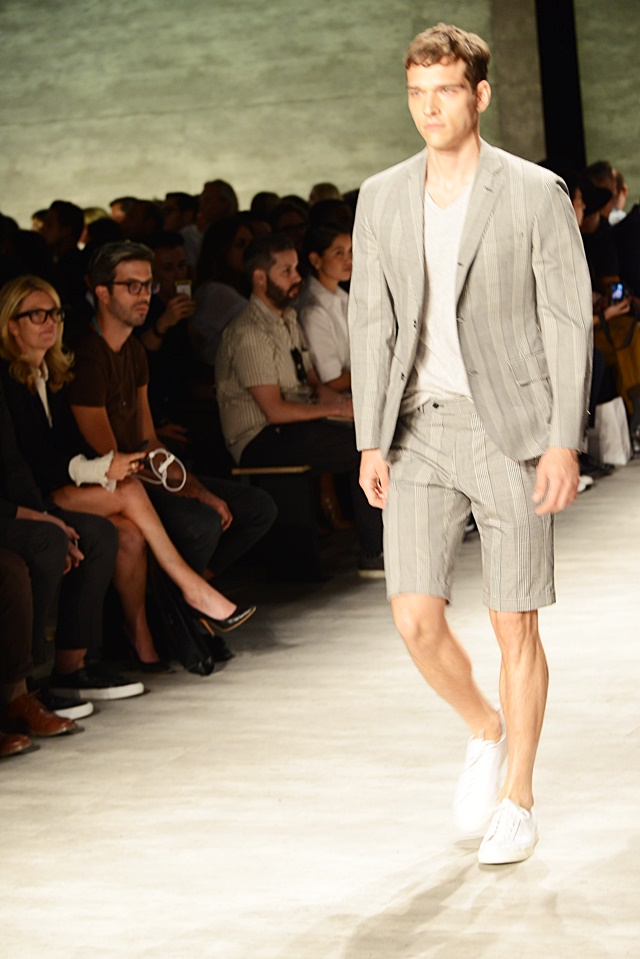 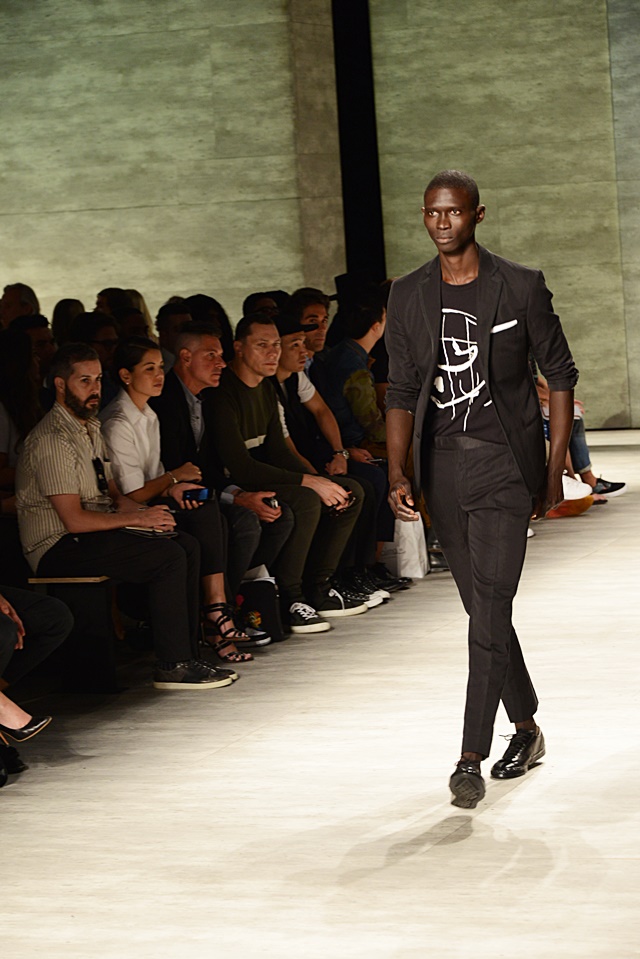 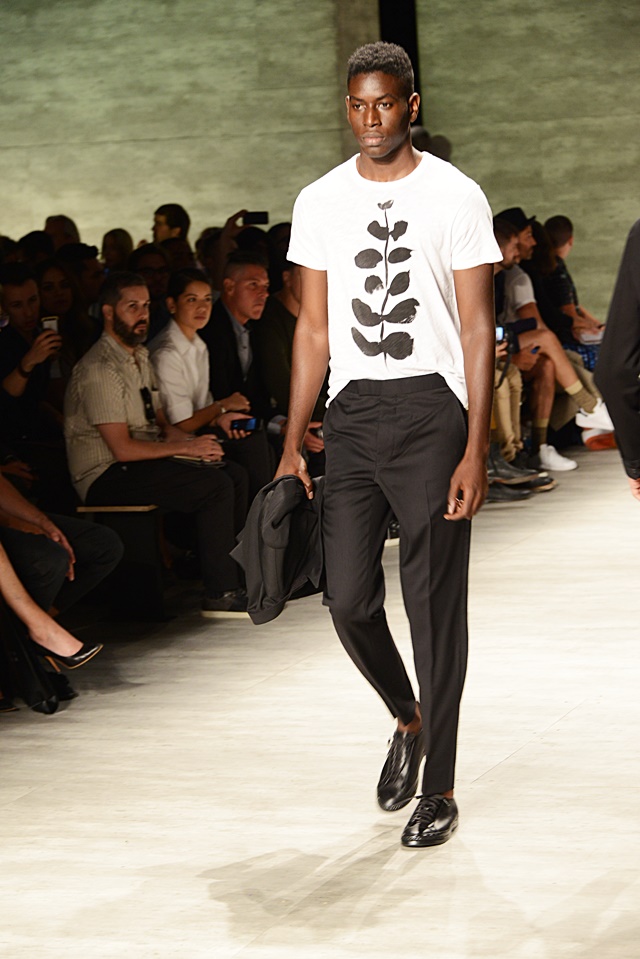 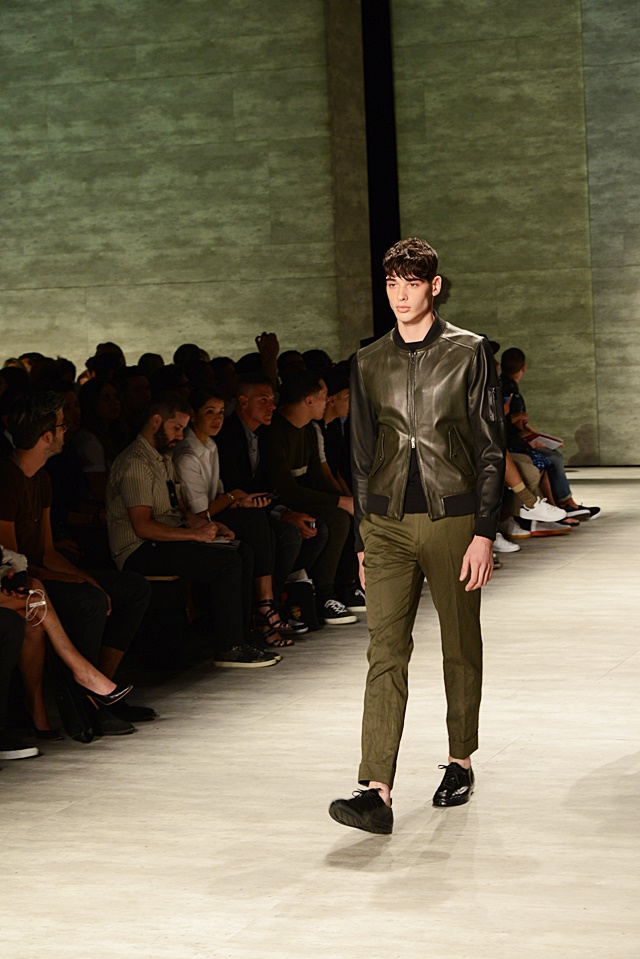 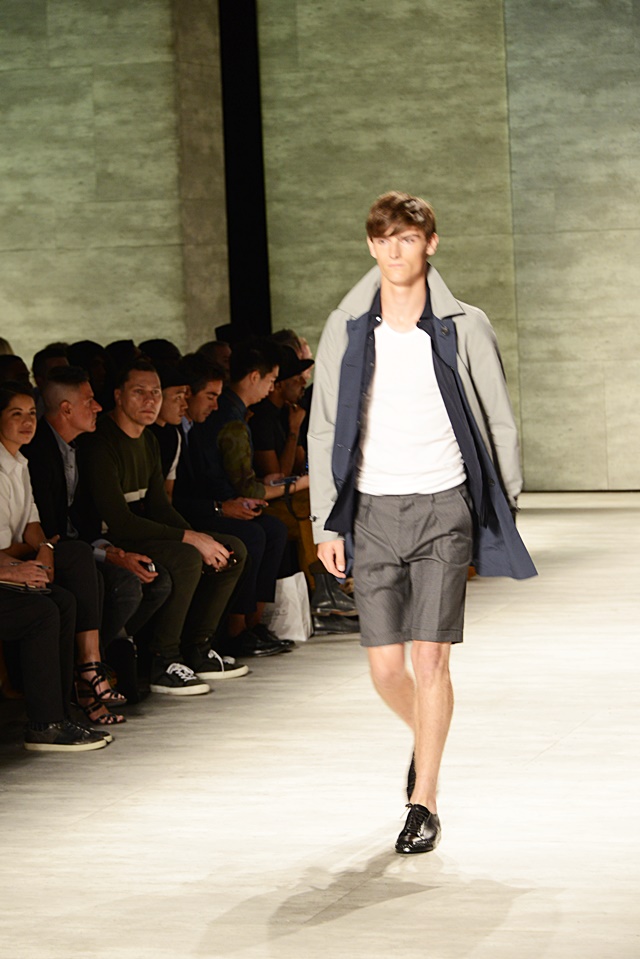 Posted by Lori Zaino and photos by Robert Hicks.