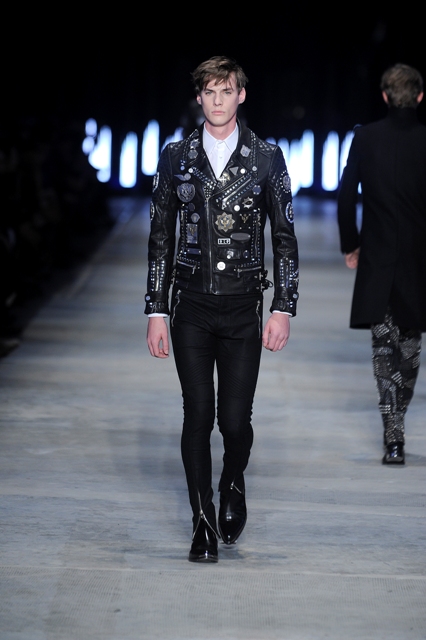 Diesel! Only the brave. Since 1978.  This year of inception probably explains some of Diesel as a style as it was the epoch of the irreverent anti-rebel-rebel years when blossomed punk rock – the global anti-counter culture movement and anti-rebel force against those who had believed that the sixties with its tepid student demonstrations, it’s free love, and it’s overplayed rock ‘n roll, had been the top of what freedom for mankind would have to offer for the age to come. Thus yesterday (april 23, 1978, Olympia Theatre Paris to be precise) Sid Vicious irreverently killed the cat (no worries just a song) by doing it ‘muayyyyyy wayyyy’ and Joey and Dee Dee Ramone would rather be bored to death and sedated (1978 release of ‘I want to be sedated’ by the Ramones) than rebelling against a cause, and they expressed this in many shades of grey and no colors, please no colors – and in mono-tones – no tunes please, no Beatles tunes –, and not for the reason to try to upset anyone’s apple cart, but to just for once and for all NOT to have to prove any point at all to anyone in society except perhaps to let it be known that all rebellion is doomed from its inception anyway while inevitably leading to a grand failure: irreverence as a cultural movement was born.

And thus somehow, this time specific irreverent & disinterested way of life calling for a ‘and we don’t care’ attitude expressed through a monochrome & monotone dis-engagement from life as a lifestyle statement, we can still find represented today in the Diesel Black Gold men’s style & fashion collection for the fall & winter of 2014/2015. Diesel! Only the brave. Since 1978. 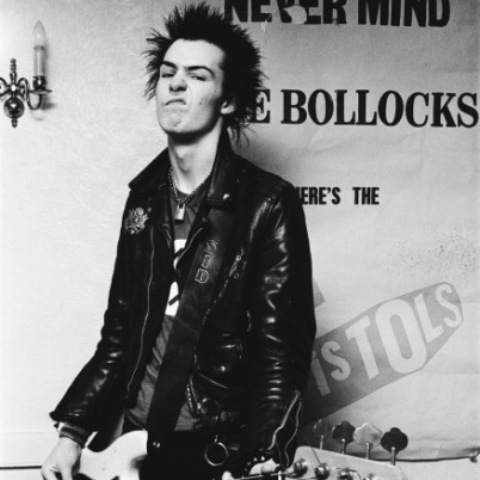 Only the Brave!  When once in Florence one may as well try to wedding-crash the hottest ticket in town, which was the secluded Diesel Black Gold runway show at an old abandoned train station somewhere off the periphery of town during Pitt Uomo 85 last January. The BDMOTP team had not arrived yet and invites were impossible to get (hmm number 27 on the waiting list) so the only approach was the ‘only the bold’ velvet ropes routine:  Dress like James Bond style Casino Royale, wait at the ropes, and just hope to ‘get lucky’ while wearing dark aviator style Gucci sun glasses for an evening show outside in the cold and the dark (this only works in Florence).  When then some desperate losers without invites actually decided to try to jump the ropes and got caught, it was the obvious time to make a polite, Clooney-esque, approach to the woman in charge of operations.  She asked us for press credentials and the simple open-sesame magic word proved to be “BDMOTP, New York”. Now that’s a lie, because BDMOTP is from DC. But we got in! 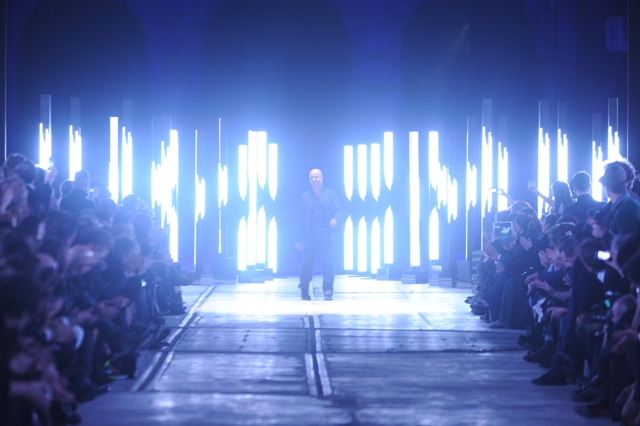 This would prove a highly interesting (but rather short) and explosive runway show and probably more than we had bargained for in the end, and not having an official invite BDMOTP ended up in the fourth row in the stands not too far from the podium. The show was short, rocking, colorless (white, black, and many shades of grey and metal) and powerful, and was hosted by the singular Diesel guest-star men’s wear designer from the high gothic north: Andreas Melbostad of Norway; Imagine the cry of the Valkyries descended upon a warm and colorful Florence for one winter evening bringing cold from the north to take over a dark abandoned train station for 15 minutes. Dark castles made of ice and Nordic looks, Gothic inspirations – both in ambiance and design: Ice Black Gold. Glacial yet dark; a haunting mix. 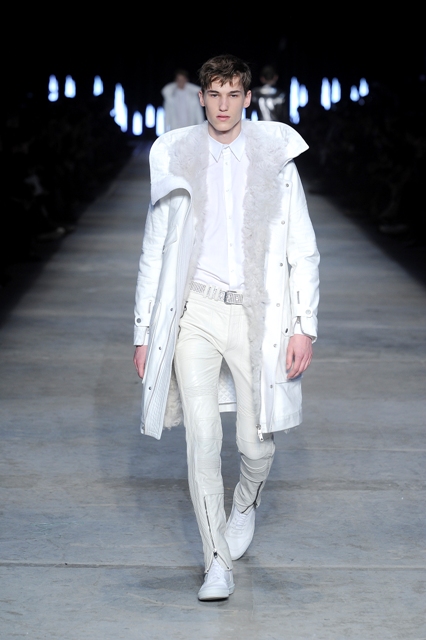 When asked later about the Black Gold style by Vogue in an interview, Andreas would define the collection as ‘fearless’, and would call the inspiration for the collection an ‘irreverent rocker attitude’ while also using the word ‘subversive’ to indicate the Diesel Black Gold code for men. Thus his guest-star designer interpretation of the Renzo Rosso (the godfather of Diesel) style & man’s wear collections of yore lead to what Andreas in the Vogue interview calls the making of a ‘restrained rebel’ while emphasizing an irreverent rocker-attitude of the ‘bold and the brave’. Sounds to BDMOTP to be very close to the punk rocker creed and logo of the seventies, except for the word ‘restrained’ – but that is fashion, that for under the gross veneer of any man going in style, the objective can never be to really be offensive, but rather to please, and to impress. It’s called civility where the offensive morphs and changes into style! And thus style irreverent is also a style beautiful. 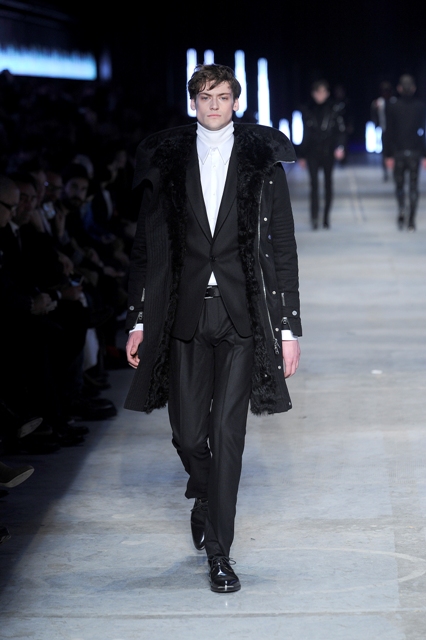 The Return of the Fonz

Yet despite the 50 shades of grey, charcoal, ice, silver, metal, steel, and nickel – brooches included – doing the rounds in all its splendor in front of us, the star of the show was not a special style modeled on display on the runway, nor was it Andreas Melbostad or Renzo Rosso , but undisputedly someone who can only be described as special guest of honor:  Matteo Renzi , mayor of Florence at the time and PM of Italy today, who very well indeed may qualify as the Best Dressed Man on the Planet. Kennedyesque in his youth with a swagger like Fonzi, and dressed more casual than Dean Martin on his best day, Renzi’s star appearance before seating was such that the runway resembled the Louvre on a crowded summer afternoon tourists flashing the motionless Venus de Milo all at the same time out of the fear of missing the moment and not being able to prove to anyone else later that they were ‘there’. 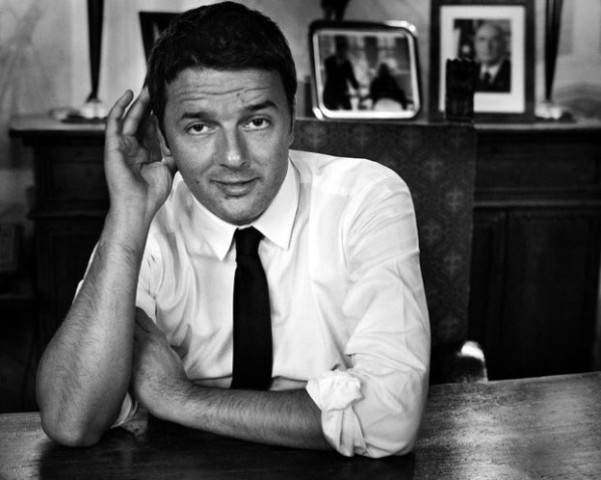 And this is precisely why in Italy even in the winter and in the dark, amid fifty shades of grey, one still needs a dark pair of Gucci sunglasses, so that you can hide your eyes. In Italy beauty or intrigue are never far away, and the unexpected can strike you with its charm, or scare you with a checkered mask. For long after the show had already begun and the taking of pictures of Mr Renzi had long stopped, a suspicious looking and not-so-well-dressed bold man seated silently & alone two rows down from BDMOTP was still taking close-up pictures of Mr Renzi and his entourage who were sitting right across the aisle by quietly using his iPad to click and zoom in on every movement and every face – except for those of the models on the runway.

Imagining things? Maybe! But definitely the right time to use steel-colored Gucci sun glasses in the dark and no longer letting them sit uselessly on your head. Be fearless! Viva Italia! And for Diesel, only the Brave!