Fashion forward designer Todd Snyder showed his collection of Mod menswear at Mercedes Benz Fashion Week New York for Fall/Winter 2014-15. The collection was inspired by Mick Jagger (as we can see by the Chelsea boots worn by the models, which Jagger also wore), and the garments do have a fleeting 60’s Mod vibe to them, though modern and very now.

The color scheme was mainly black, apparently more black than Snyder has ever used in a collection before, with splashes of olive green and eggplant.

The layering we have been seeing for the upcoming fall and winter season is ever present within the Todd Snyder line. A leather jacket/shirt buttoned up underneath a plaid suit, or a plaid flannel under a blazer and a waterproof coat covering all. Touches of plaid and leather, and the appearance the occasional warm knit sweater keep the line relevant and wearable. 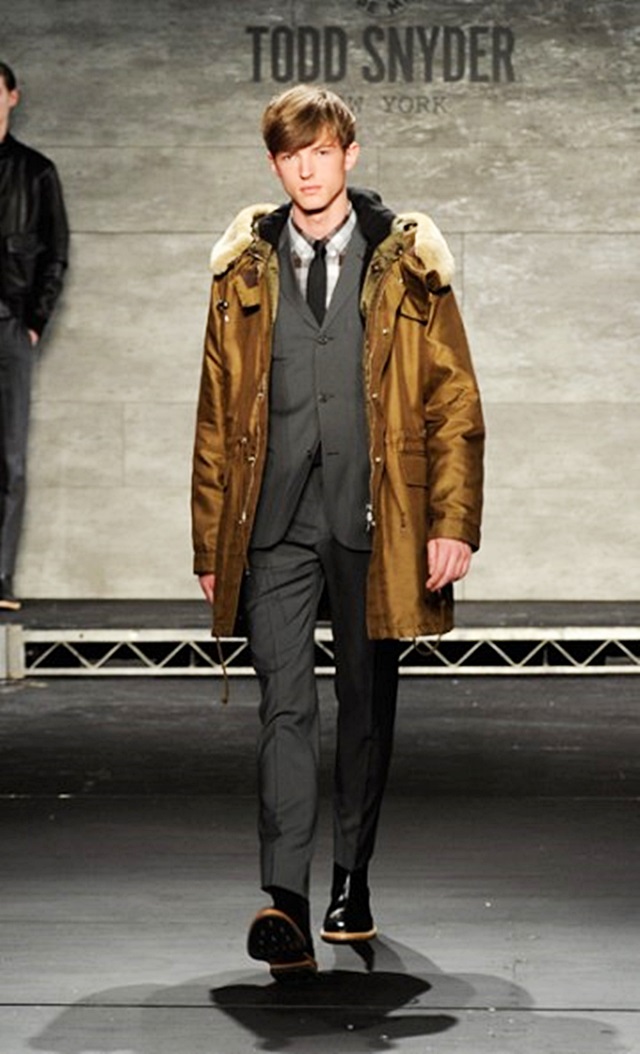 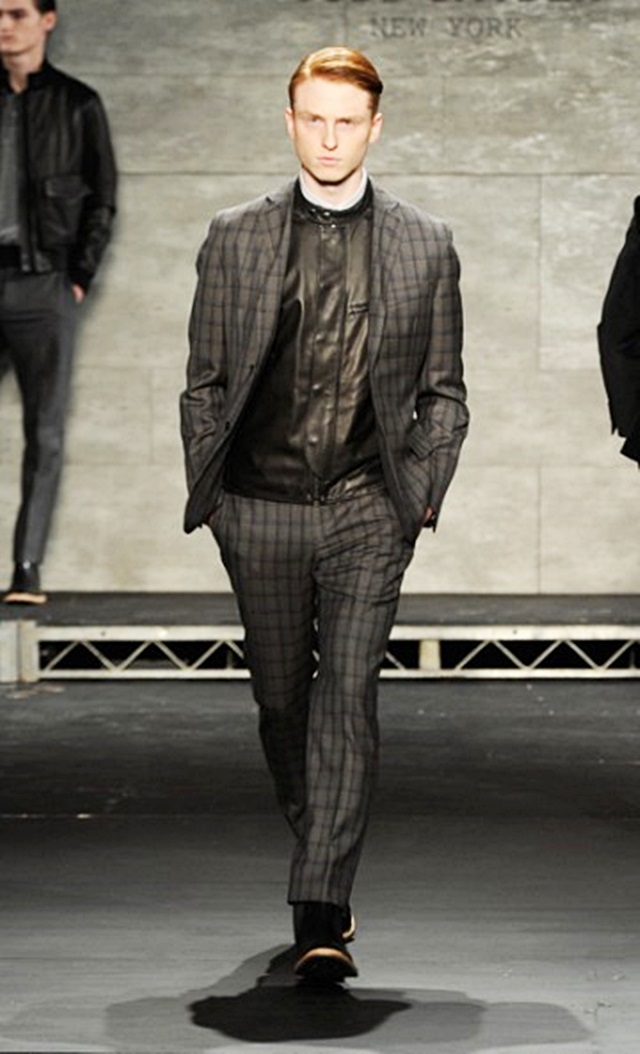 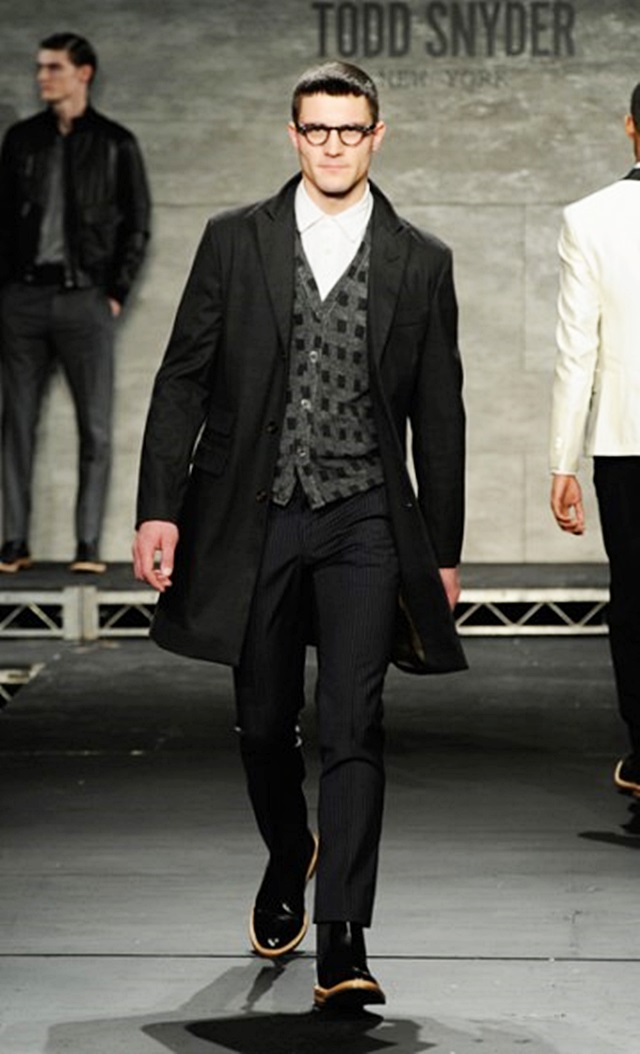 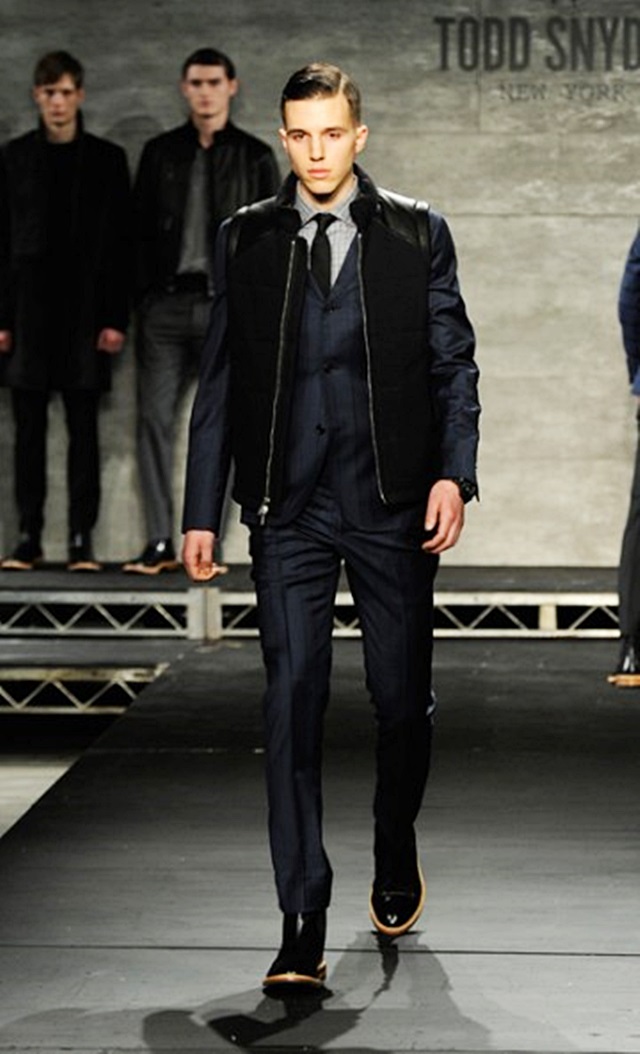 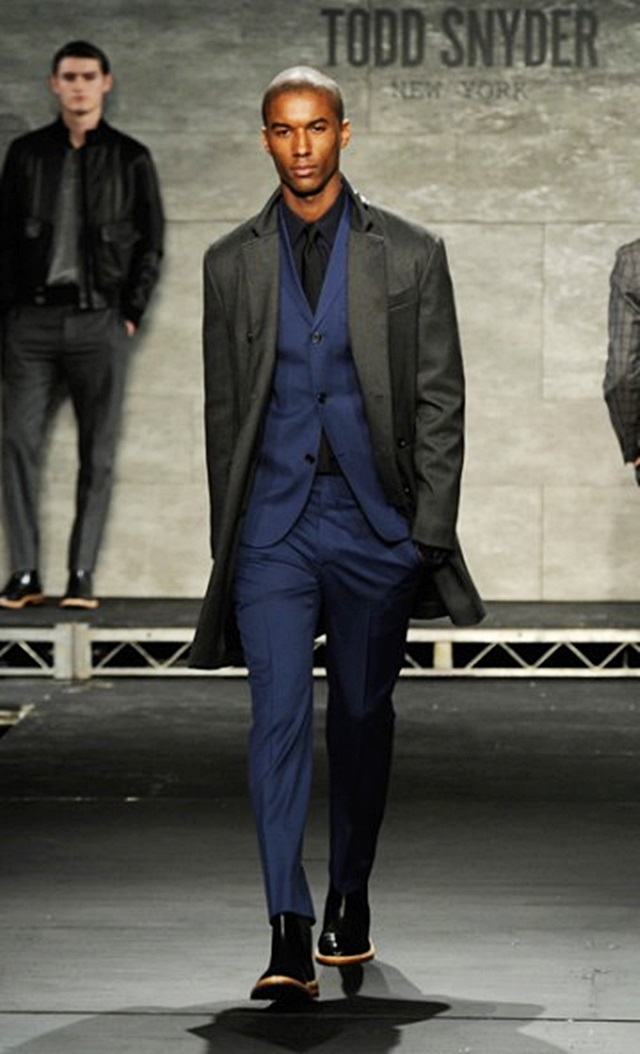 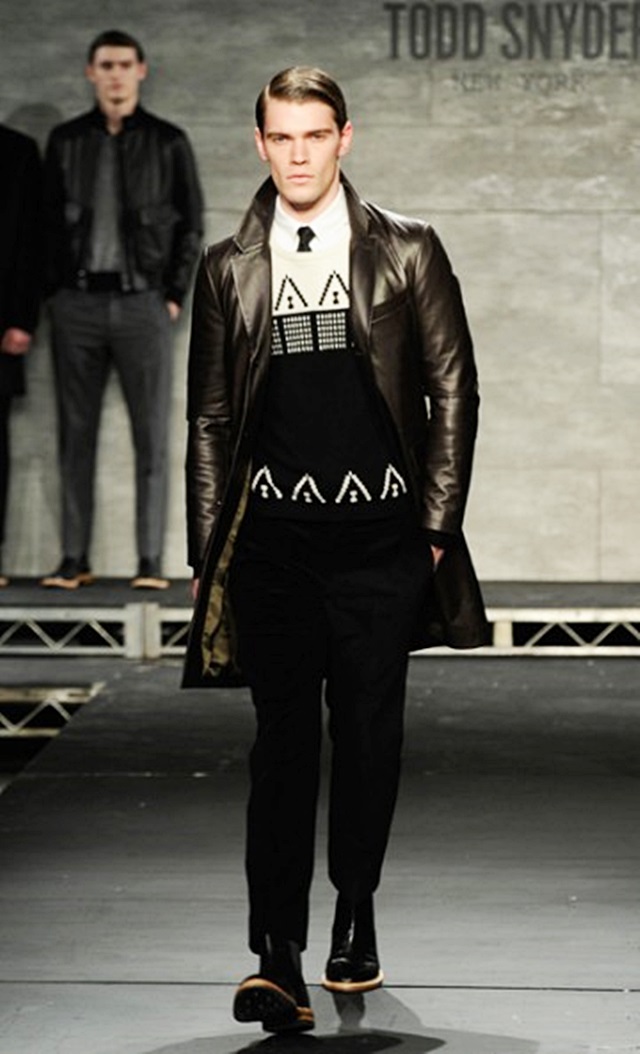 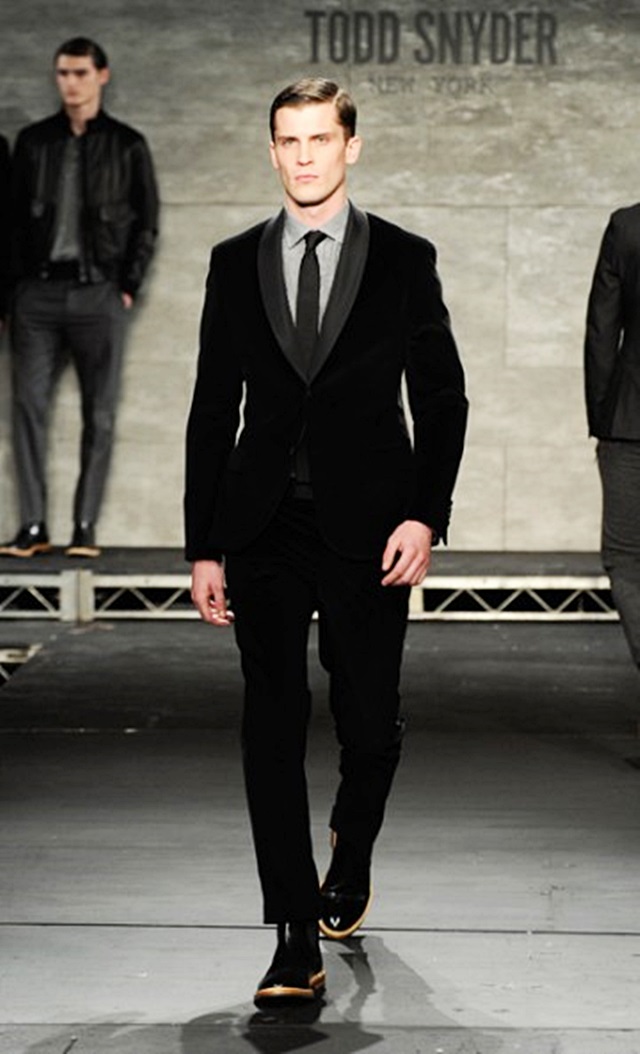 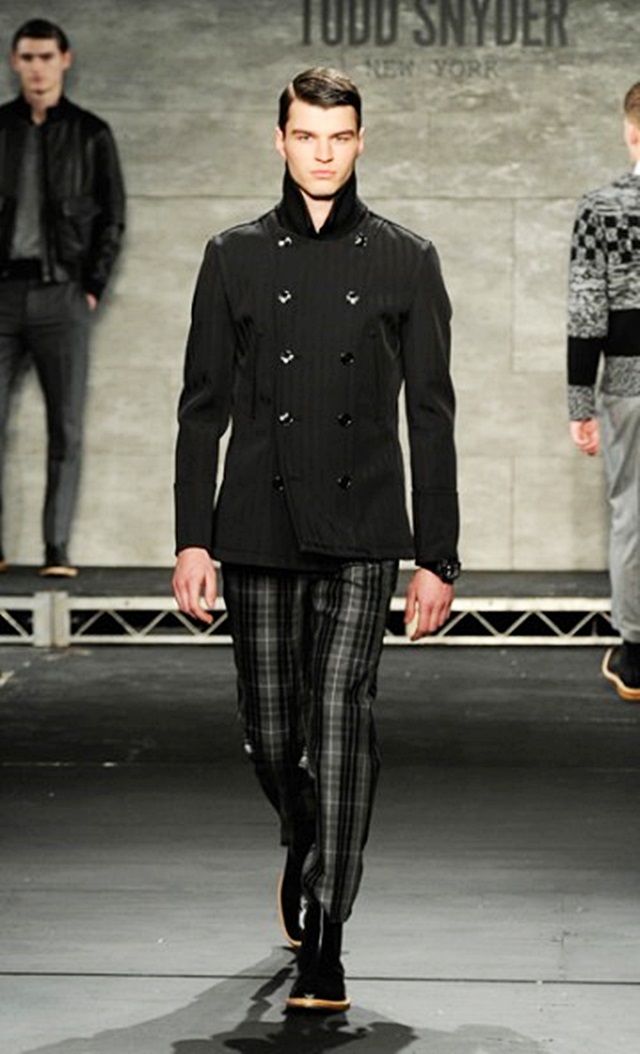