Sundance Fashion: As Independent and Unpredictable As The Films!

The Sundance Film Festival offers more than a tremendous variety of independent films from all over the world – you see anything and everything when it comes to fashion here. From jeans and a bright orange 1970s hippie shirt and bandana worn by a 20-something who looks like he just picked his clothes off the floor of his condo after a wild night of partying; to a crisp, Brooks Brothers style blazer worn by tea-totaling Mitt Romney, here at the festival to support the premiere of Mitt, a very supportive behind-the-scenes documentary about his failed presidential campaigns. 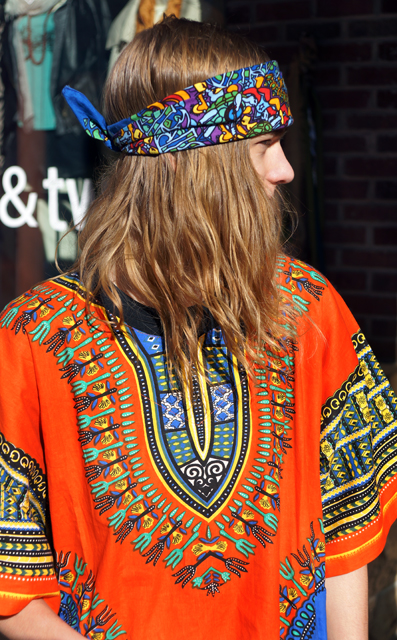 Why not bring a little color into it?! 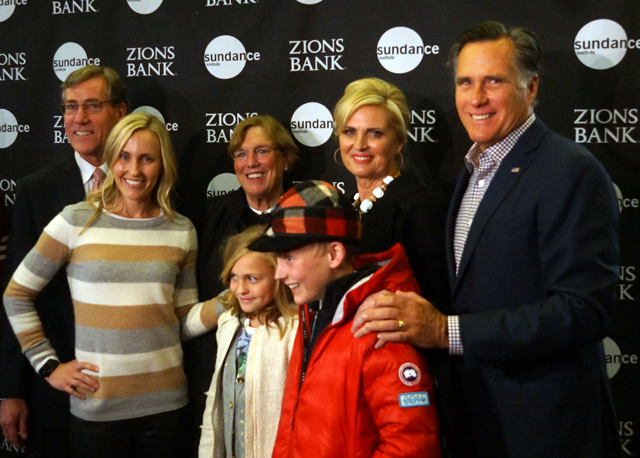 Former U.S. Presidential candidate Mitt Romney and a few members of his giant family didn’t leave their comfort zone when it came to dressing for the premiere of Mitt, a flattering behind-the-scenes look at his campaigns. 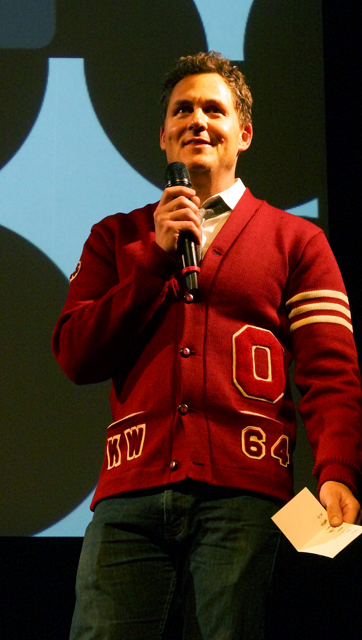 Greg Whiteley, the director of Mitt, about Presidential Candidate Mitt Romney, wore a vintage letter sweater that belonged to his late-father.

At one of the celebrity gift suites (more subdued than the outrageous ones of seven or eight years ago that were later deemed too conspicuous and tacky) you have a mix of Sean John’s interpretation of festival-worthy coats next to work boots by CAT – a brand that like Carhartt is typically worn by blue collar workers in the U.S. but is considered high fashion in Europe. 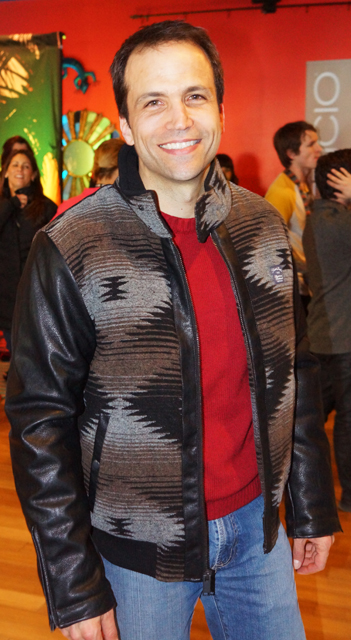 A Sean Jean coat from a Gifting Suite. 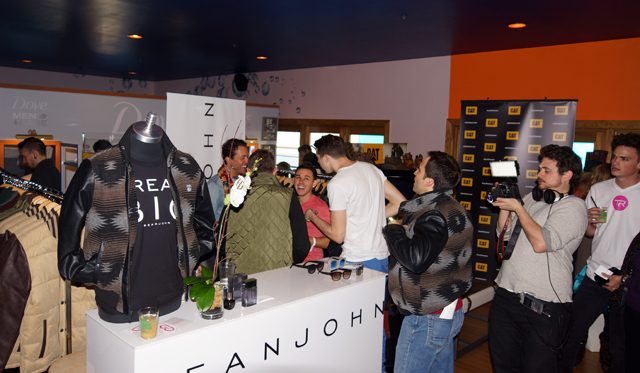 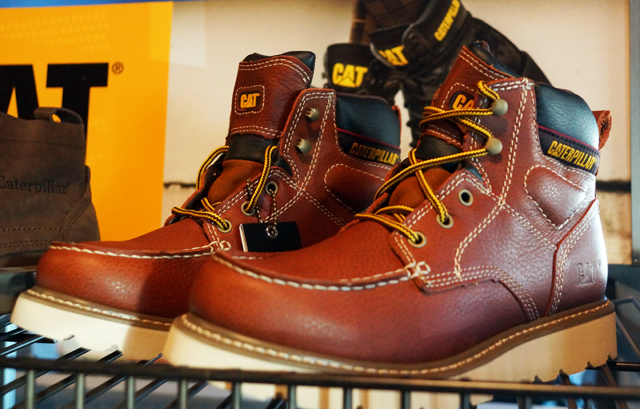 CAT books are popular in Europe.

Some festival goers are no doubt hoping to get discovered as they strut their stuff on Main Street in the ski resort town of Park City. One fierce young New Yorker looked more like he was dressed to walk the runway in Milan than to dodge piles of old snow on the sidewalks here. 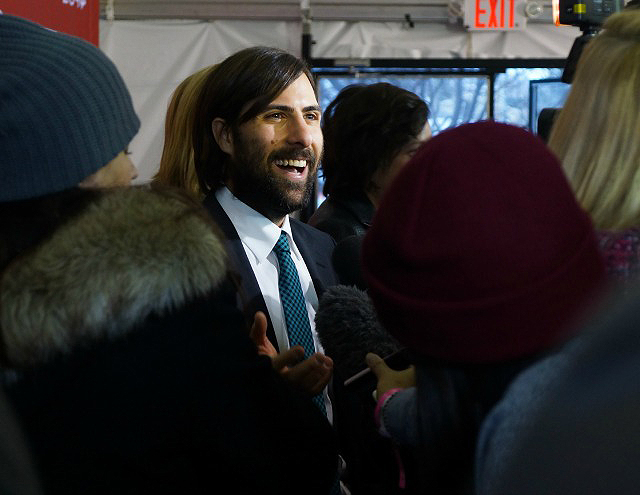 While Jason Schwartzman looked smart in his suit and tie, it was as if he forgot he was walking the premiere line in Park City instead of Los Angeles.

Others keep their quilted black leather skinny pants at home in the Village and opt for jeans and an Army Surplus coat – making their statement with a giant (and often gawdy) fur hat. One hipster appeared to have the entire carcass of an animal wrapped around his head – complete with a tail that reached nearly to his waist. 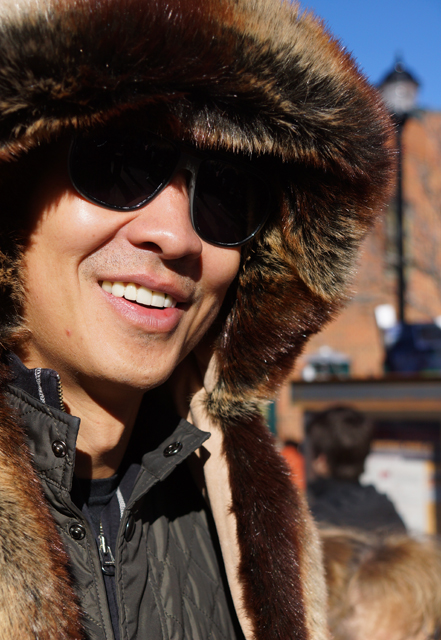 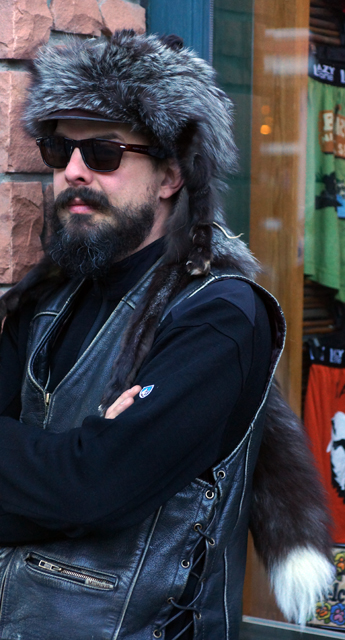 Fur was plentiful at Sundance.

The Grunge Look is alive and well in Park City – and not just during the festival but all year round. Flannel shirts – new by Walmart or the old vintage variety – are paired with tattered jeans and often accented with hearty beards – some even braided. Visitors who vow never to change their look that works in Venice Beach or Seattle feel right at home here. Despite temperatures in the 30s and lower, more than a few in this group still opt for shorts with their work boots or skateboard sneakers.

Festival goers in cowboy boots also feel welcome – whether they’re the real deal from Cheyenne or some West Hollywood type who just wants to play dress-down.

A popular look for those still wanting to show their flair with a little more subtlety: a tweed or even lighter weight gray or brown blazer with a bulky scarf instead of a necktie. 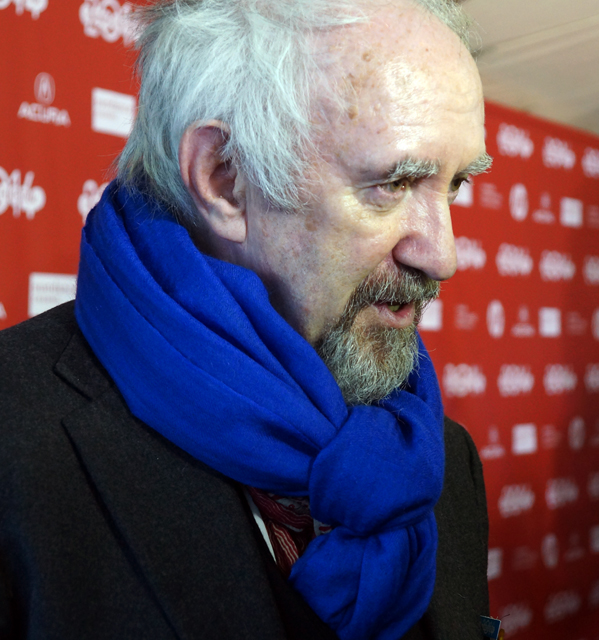 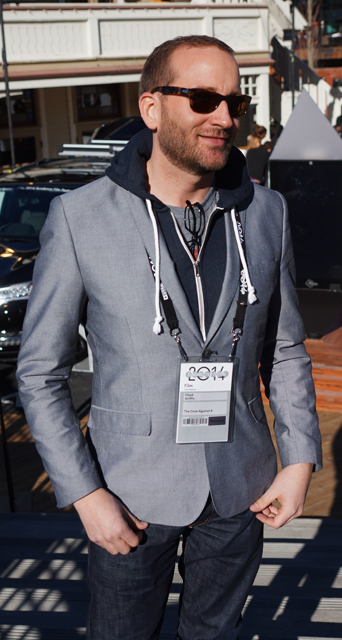 Human Rights Campaign President Chad Griffin opted for the dated but popular hoodie with a blazer. He is here to promote The Case Against 8, the documentary that looks at the battle over marriage equality in California.

You’ll also find stars and their chasers in ski parkas. While they remain colorful, they also seemed a bit more muted than the neon greens and oranges that used to be all the rage. 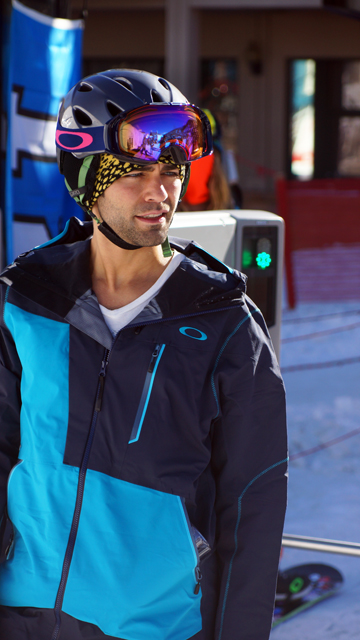 Entourage’s Adrian Grenier dressed like a pro when he hit the slopes. 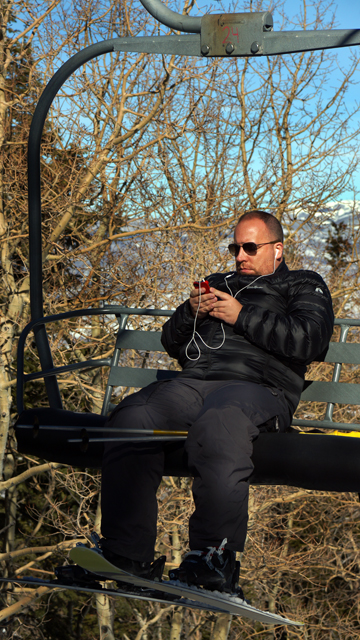 All black skiwear is trending too. 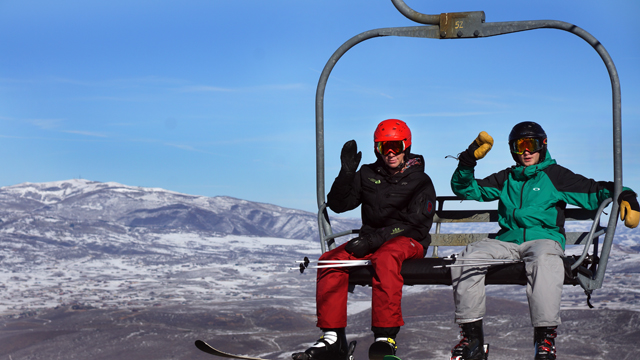 More subtle colors dominated the ski-lifts – instead of the bright neons of recent years.

Basically, the only thing I haven’t seen this week Black Tie – but I’m sure someone hoping for stardom got that formal – but I’m guessing the “tail” was on his hat instead of his tuxedo.
Captions for some photos:

While Jason Schwartzman looked smart in his suit and tie, it was as if he forgot he was walking the premiere line in Park City instead of Los Angeles. Jonathan Pryce donned a popular look: a blazer with giant, bold scarf.