Grey Never Goes Out of Style

It’s everywhere on the runways and grey is always in style when it comes to the courtroom. BDMOTP photographed and interviewed three future Best Dressed Lawyers On The Planet: students from the prestigious Loyola University Law School in Chicago. The suits and ties all come from a store that’s helpful to law students and other budget conscious dapper dressers: Cosmo’s Designer Direct near Chicago in Villa Park, Illinois. 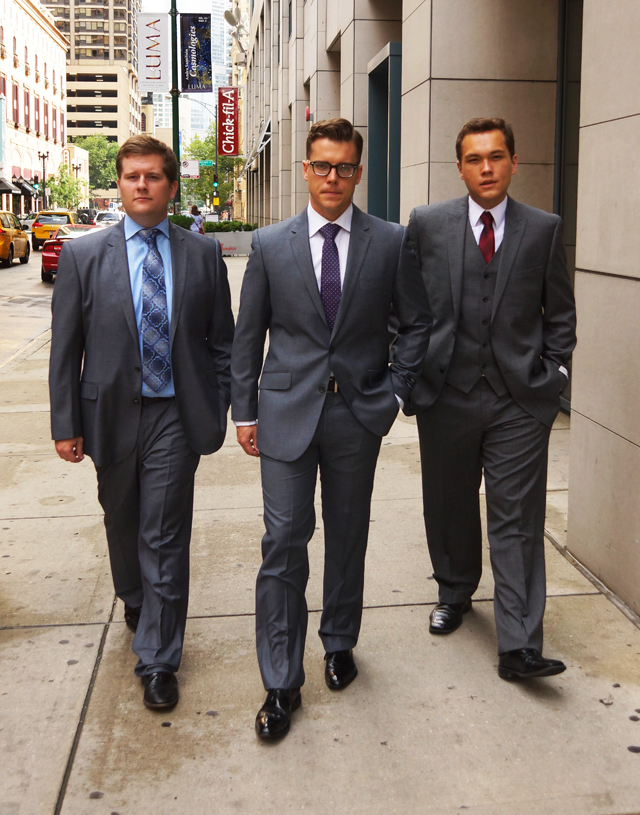 Cosmo’s Bettina Gallo created looks that work for men of various builds. For taller, leaner guys, Gallo says a vested suit can be a sharp look; shorter and stockier men are smart to avoid most vests and double breasted suits; while a single-breasted, pinstriped suit will look more flattering.

TIE TIPS: think about choosing a wool tie with a tartan print to go with a suit that has a thicker weave. Jewel-toned silks always work well: Amethyst, Emerald or Garnet ties look great with grey. For a livelier look – think about a bright tie with light blue, yellow or white accent colors.

Our legal eagles were photographed at the Loyola University Chicago Law Center, just a few blocks away from some of the world’s best shopping on Michigan Avenue.

Thank you to Loyola University’s Elisabeth Brookover and her team and Bettina Gallo from Cosmo’s Designer Direct. 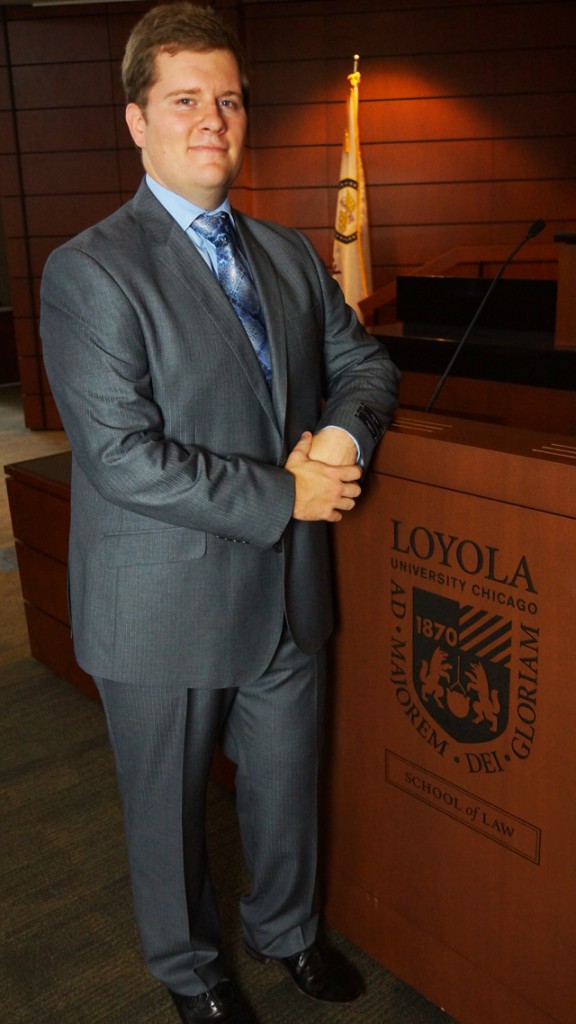 Conor Desmond is a first-year law student in the Public Policy program and an extern in the Lt. Governor’s office. Conor’s planning a career in politics and hopes to be governor of Illinois some day. 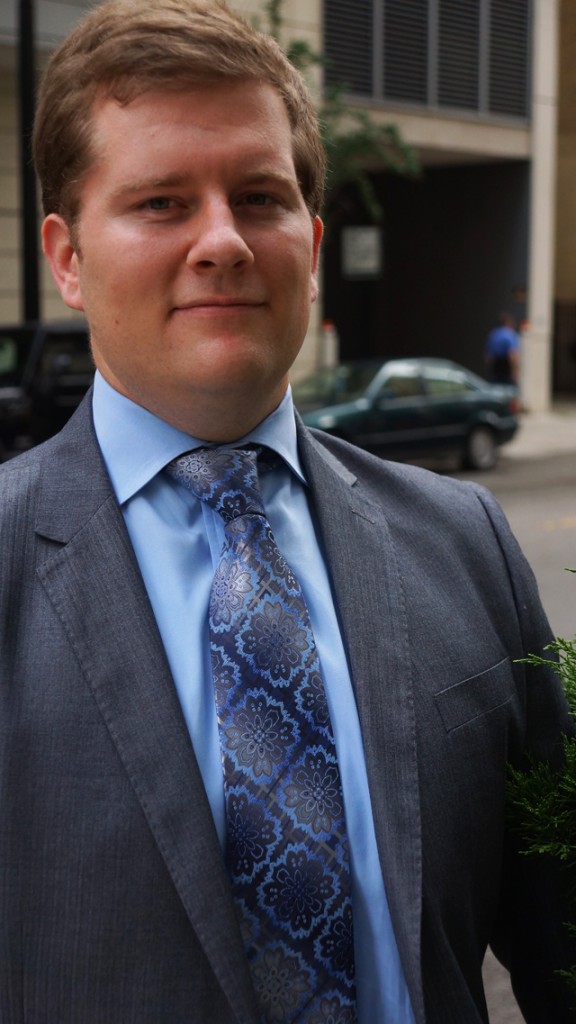 Conor currently owns three suits including a charcoal gray one. He likes to incorporate something personal into his look. “I regularly wear a Loyola, Illinois or other tie that is connected to what I am working on at the time. When I used to work on environmental issues, I would wear a green tie. Conor nearly always wears a pin on his suit jacket: either his grandfather’s US Air Force Pin, an American Flag or a pin from his fraternity. “I want to feel connected to what I am wearing,” he said. 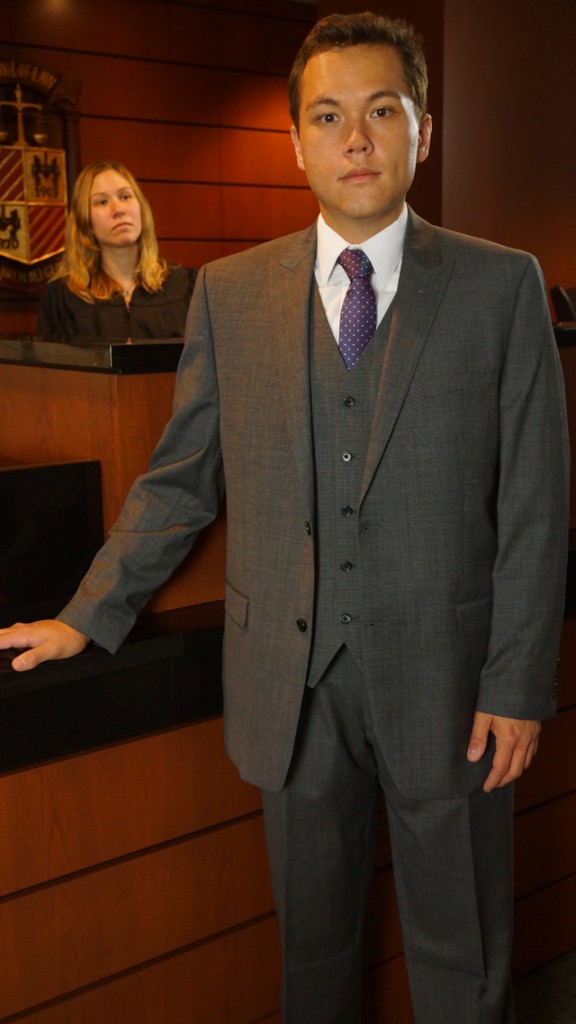 Michael Tien is a third- year law student from Lansing, Michigan, concentrating on Employment & Labor Law; Litigation & Dispute Resolution. “My ultimate career goal is to end up in a position where I can use my legal skills to advocate on behalf of a person or group,” He said. “And most importantly, love what I do every day.” 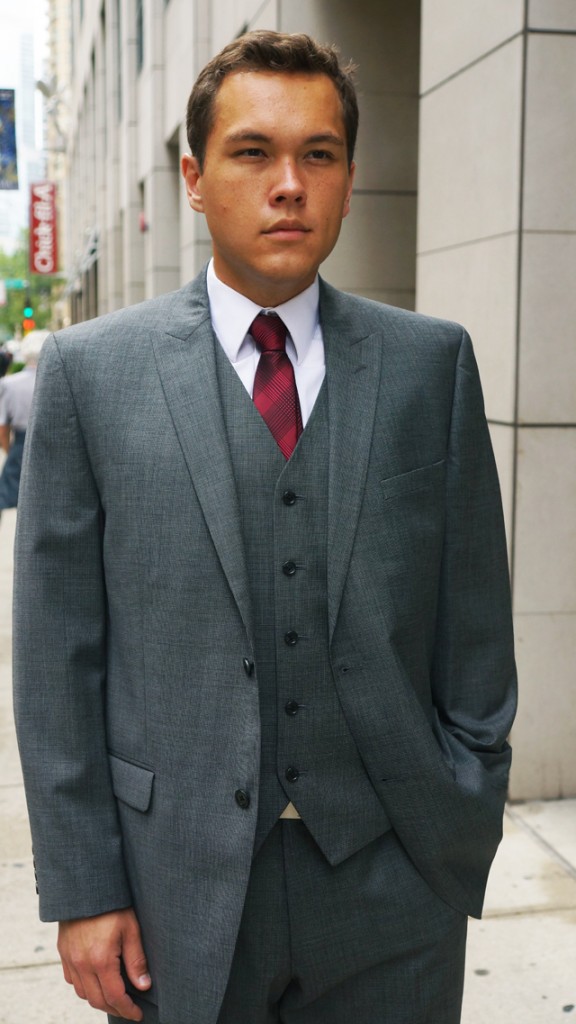 Michael owns six suits and takes his fashion cues from blogs like BDMOTP. He says that lawyers always have to dress-to-impress. A lawyer should generally dress in a conservative, sophisticated, and professional manner, but still find a way to insert their personality into their wardrobe, like the color or pattern of a tie,”Michael said. “Even the smallest details and accessories of the wardrobe are important, like cufflinks or a tiepin.” 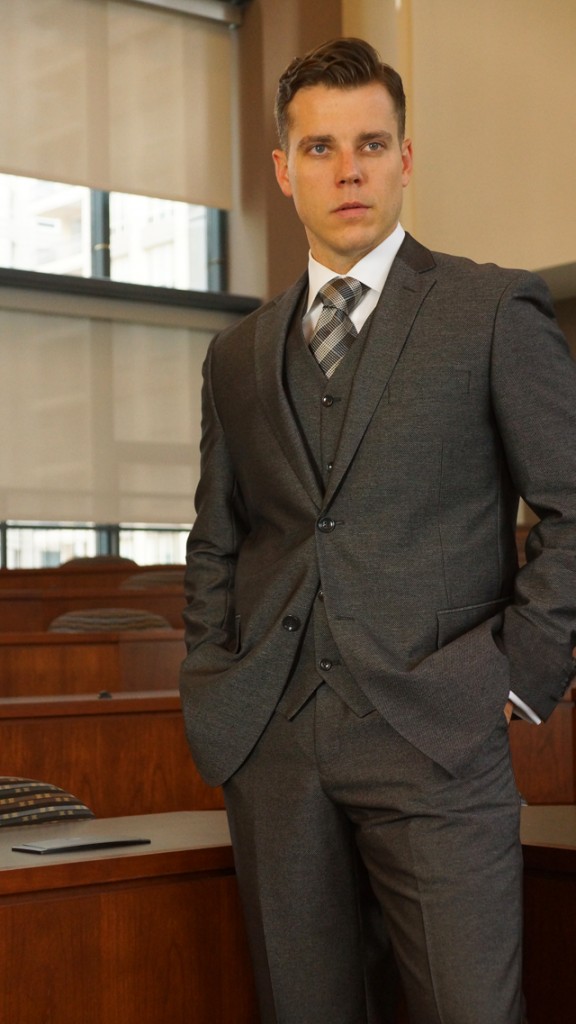 Frederick Joseph III is a third-year law student originally from Cuba, NY. Before heading to Loyola to become a litigator, he studied music in Boston and worked as an opera singer. 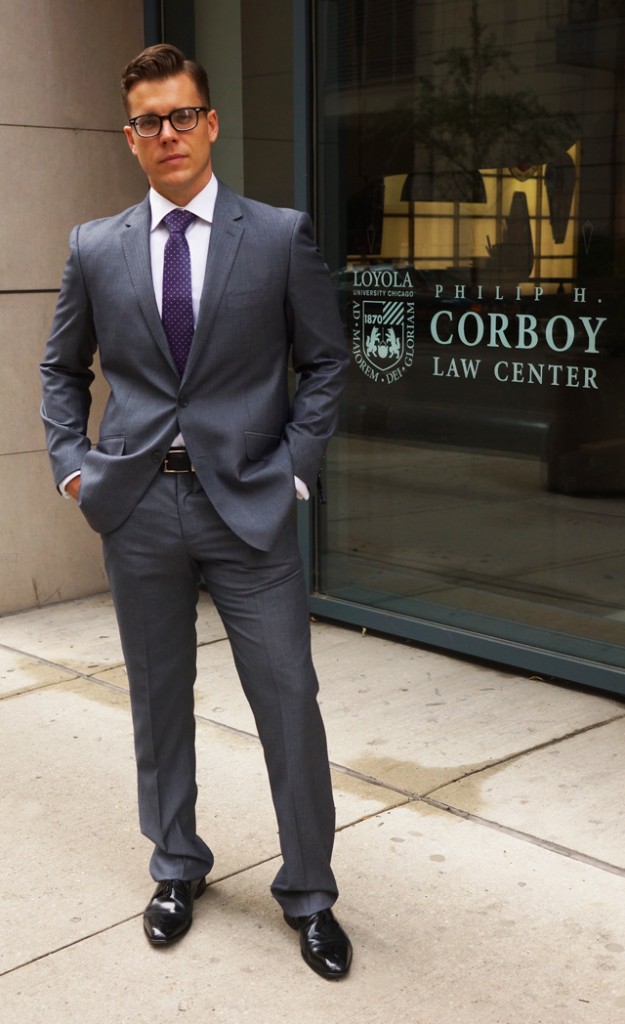 Frederick owns seven suits and has been a subscriber to GQ since he was 15 years old. He generally is wearing a suit in class because he often comes straight from his job at the high-powered law firm of Schiff Hardin LLP, where he’s learned a lot about looking like a lawyer. “I think a “power” look comes from the details,” Frederick said. “A perfectly fitted suit, crisp white shirt, understated pattern on the tie. Colored socks and a beautiful pair of bench-made shoes. Can’t go wrong there.” 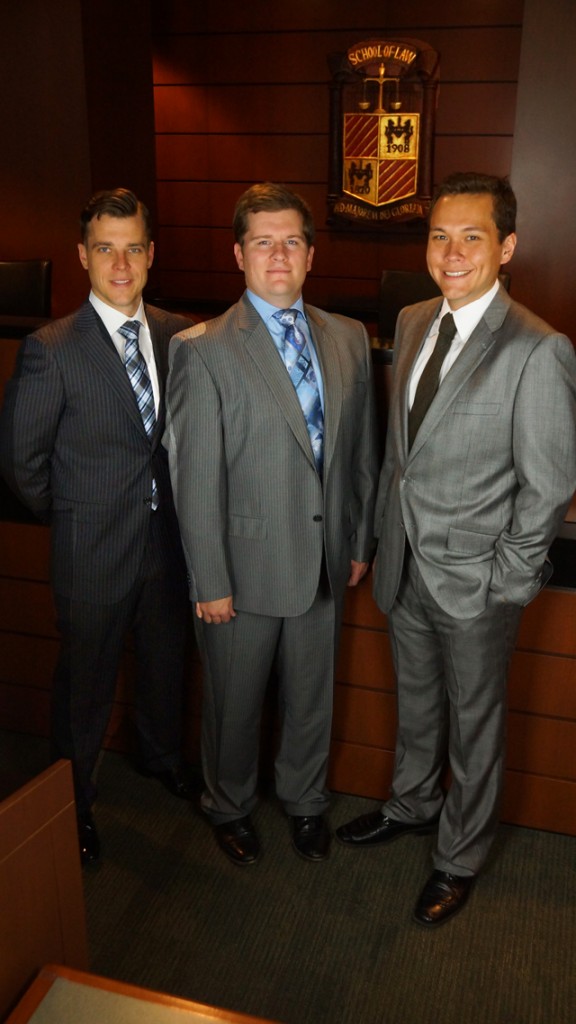 2 Responses to Grey Never Goes Out of Style