Catching Up With A Best Dressed Man: Chris Van Vliet

Chris is a radio and television personality in Cleveland. The Canadian-born talent was named Cosmopolitan Magazine’s Bachelor of the Year for 2011 and donated the $10,000 prize money to The Boys and Girls Clubs of Cleveland. He was recently awarded the “Personality of the Year” honor from the Broadcasters Hall of Fame. We caught up with Chris at the Waldorf-Astoria in NYC where he traveled to interview the stars of “The World’s End” and “Closed Circuit.” 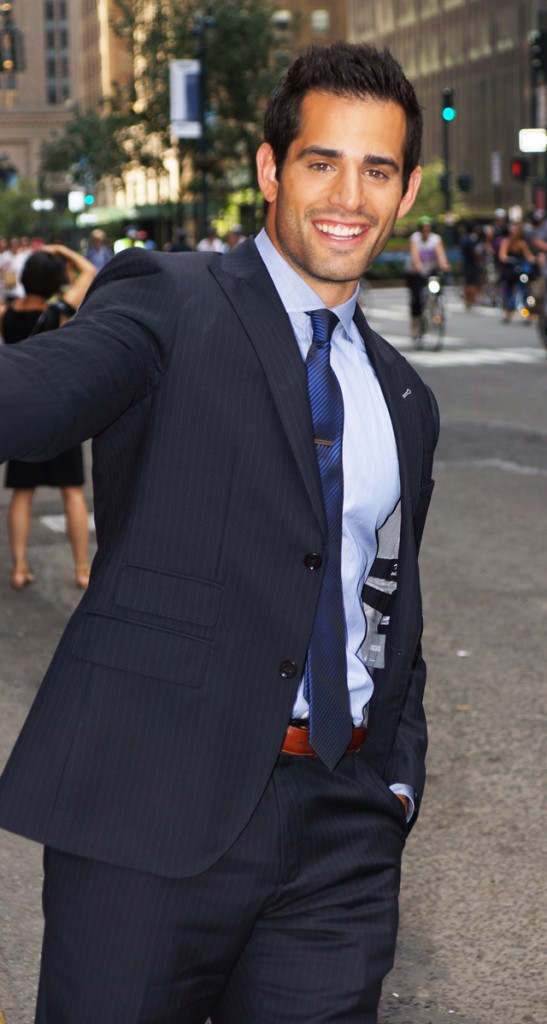 1) What’s your must-carry item when you’re on the road to feel stylish?
If I’m traveling for work, a suit is an absolute must-have for me. And great shoes too. When I’m conducting an interview, I firmly believe in the idea of dressing in a manner that shows that you respect the person you are speaking with. I feel like it’s very easy to under dress for a situation, but you can’t overdress.

2) Where did you learn your sense of style?
I would stay my personal style is a real mash up from a lot of different places. Being a big movie fan, I take note of what an actor is wearing both on the screen and on the red carpet. I also love checking out new styles in magazines like GQ or Esquire and picking up ideas from there. I do little things with each outfit to try to make what I’m wearing stand out, even just slightly. Whether it’s a different colored button hole on the sleeve of my suit, or adding a tie bar or a pocket square. I also love socks. Even if no one else sees them, I love knowing that I have crazy socks on.

3) Who do you think are the most put-together, stylish actors you’ve interviewed?
Hugh Jackman is not only one of the nicest guys in Hollywood, his style is always on point whether he’s dressed up or dressed down, same thing with Ryan Gosling, Channing Tatum and Will Smith just to name a few. Being a huge professional wrestling fan since I was a kid, I think The Miz (who just so happens to be from Cleveland) always has great style with great suits both in the ring and the many times I’ve interviewed him. 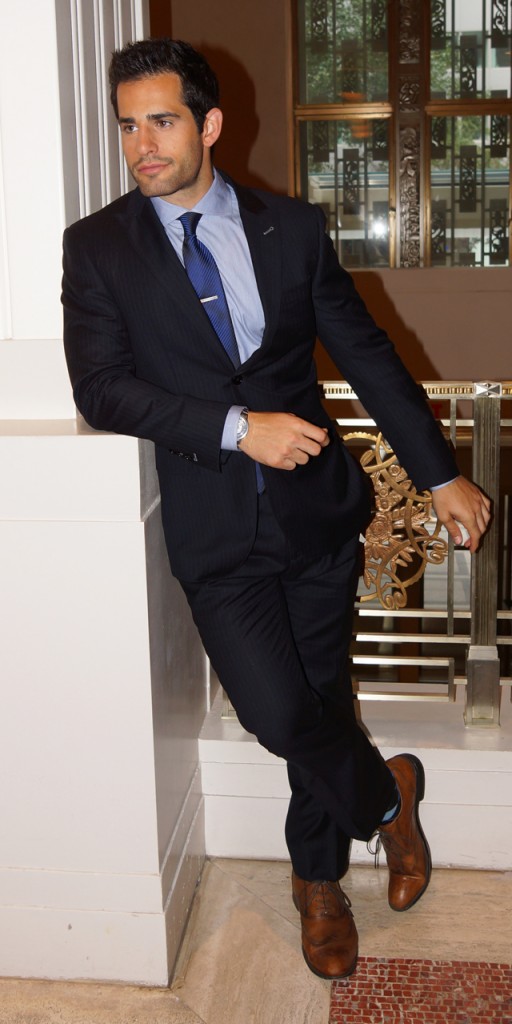 2 Responses to Catching Up With A Best Dressed Man: Chris Van Vliet