Valencia is a coastal city on the Mediterranean, a few hours east of Madrid, and south of Barcelona. A lot of their shows normally feature swimwear, and this year there was very little menswear. But an interesting standout in the menswear section was the Zmbro Smack Collection by designer Jose Zambrano. 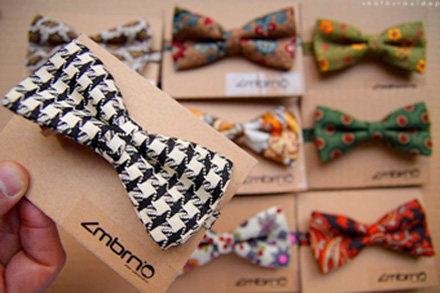 The Smack Collection was original, mainly because it only featured bowties. The men were dressed in long, white dress shirts, no pants, and other quirky accessories like fake mustaches, big, round glasses, canes, umbrellas, and top hats. The looks were completed by Converse style shoes. Obviously the idea was to have the focus be completely centered on the bowties, which each model wore two of. Most, if not all the bowties were patterned and/or very colorful. There was not a lot of solid color. It definitely made a statement. 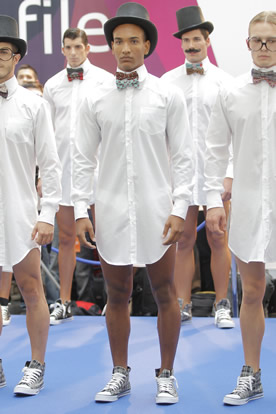 After seeing Madrid and Valencia´s runway shows, it´s clear there´s a movement in Spain towards making menswear style less casual,and easing towards a dressier look and feel . This is actually the second time I have seen just bowties featured in a runway show-I also saw Jarabowtie during Madrid´s Fashion Week. What does this mean for the average man? Guys, go out and get a bowtie asap!  Pair it with your suit, your Converse-apparently it is to be worn with everything! 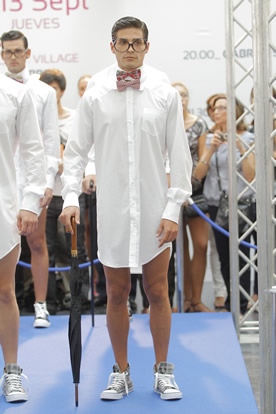 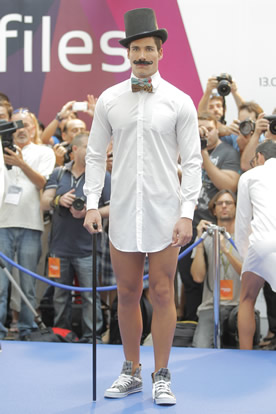 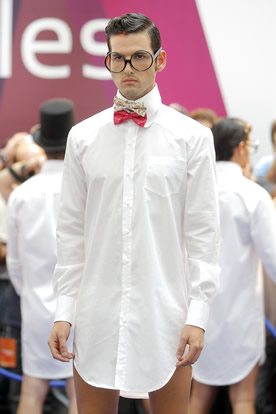